Huw Edwards was our host again on the BBC News at 10 and we began with politics - the ongoing Conservative party conference including a speech to party members from their leader, David Cameron, who has "challenged" Prime Minister Gordon Brown, and furthermore, accused him again of cynicism and "treating voters like fools".

Political editor Nick Robinson then ran through the key element of the speech; in his opinion of course, and we heard Cameron advising that he was not using an autocue and was speaking off the cuff, the jist being that he was speaking from the heart. He told how we "need to face the New World in so many ways" and made reference to European Laws and Human Rights legislation. He continued with more of his proposals; if an unemployed person is offered a job and refuses it, then no benefits will be paid.
His core values rotate around the family, he spoke of his own privileged education, and claimed that this stood him in good light to ascertain exactly what a good education was, before turning to his upbringing, his wealthy parents a magistrate and stockbroker, yet somehow he seemed to discount the financial safety net that this obviously provided him with, and instead claimed that it was a stable family which had resulted in his current status in society. As such, if elected, he told how he would implement financial reforms which would encourage families to stay together. To close, he invited Gordon Brown to "go ahead and call that election", "let the people decide" and "Britain will win".
We turned to sociable reporter Gavin Hewitt, who spoke of "critical days - tetering on the brink of an election". To this end, Gav had coralled two groups of "floating voters", not remnants of the recent floods, but rather individuals who have not yet made up their mind which way to vote. They told how they were still undecided, despite Cameron's speech, some thought him a bit sleezy and not to be trusted, however talk moved on to Gordon Brown's visit to Iraq this week, again some expressed some doubts over his moral integrity of the timing of the troop reduction announcement. To close, we heard from Nick again with his views over the possibility that an election may be called next week. He didnt know for sure, so simply speculated through his spectacles, as is his norm.
Time for the Princess Diana enquiry, where we were shown images from CCTV cameras, detailing some of her and Dodi al-Fayed's last movements in the night of her death. BBC Royal Reporter, Nicholas Whitchel, told how initially she looked "happy and carefree" although this mood had changed several hours later after paparrazi hounding. We heard that Dodi had nipped out of the hotel for ten minutes to pick up a jewellers brochure, speculation of a possible engagement ring purchase and possible pregnancy were mentioned. Images of the aftermath of the car crash were shown to close, as we were reminded of a possible conspiracy.
South London followed, after a 26 year old lady care worker, Magda Pniewska, was killed in the crossfire of a shooting. We saw images of the crime scene and heard of a red Volkswagon golf. It seems that the incident was possibly gang related and as such will be investigated by the specialist Operation Trident elite police team.
Coming up - Joe Coles - was it his goal that helped Chelsea
First though we travelled to North Korea to hear how the have agreed to dismantle some of their nuclear facilities in return for fuel. It seems that an amicable meeting, including a private gift of DVD's, has been held with their next door neighbour, South Korea, although "they are still at war technically". We saw images of a missile heading up into the sky and heard of a Stalinist regime.
We followed with the "space race" of which today is the 50th anniversary. Initially, there was Soviet superiority in this battle, due to the Sputnik spacecraft; computer simulated graphic images of this "small shiny sphere" orbiting the earth were displayed, before we heard that America was declared the final winner - due to their landing on the moon. We were reminded of this historic event by way of hearing the famous Armstrong one step speech along with grainy black and white images. We were then advised that China and India are also now involved in space exploration, an American of some description, told how if they were able to reclaim Armstrong's flag (from the moon), it would be a top seller on e bay.
Football followed as promised, quite a long feature, including Cole's goal for Chelsea and clips of other European games involving British clubs.
To close, the Cadbury's factory is shedding 500 jobs from it's factory in Keynsham, images of a Fuse chocolate bar were displayed; maybe in case we felt like blowing one ?
cheers 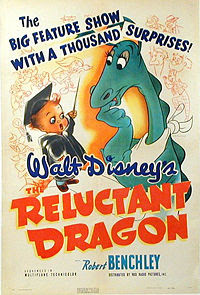 Diana inquest ?
Posted by Newspaceman at 04:51

Any feelings about Operation Trident?

Hiya Todd, dont really know too much about it, other than that is to combat the "growing menace" of gang gun crime (whatever that may be). Think they are focused on the crack cocaine trade but could be wrong. Being honest, David is your man for that information.

This was not in the national news, but it is relevant to your research and closer to home for me.