We started with Scotland on the BBC News at 10 last night as it seems that "millions of voters were treated as an afterthought" in the recent May elections. Our host, newscaster Huw Edwards, told how a report has been produced which indicates that new changes in voting practices which were brought in were in fact not managed properly and as such, there was an abundance of spoiled or useless votes cast. We saw images of crumpled ballot papers and a short clip of report writer Ron Gould. Nick Robinson, the BBC political editor, told of the resulting rows over this - Alex Salmond the Scottish National Party leader and George Osbourne from the Conservatives, both voiced their disapproval - to close Nick gave us his opinions.

Cash for honours followed, Metropolitan Police Assistant Commissioner, JohnYates, ("Yates of the Yard"), has been questioned by MP's acting on behalf of the Commons public administration commitee in an attempt to shed further light on matters. We saw Mr Yates sitting in front of a throng of MP's, each taking turns to fire questions at him. Mr Yates was not too forthcoming with further information and very little was revealed other than perhaps that the police dont feel that they need to answer to anyone and, furthermore, that our political system and indeed senior politicians are in fact odiously corrupt. Images of Tony Blair were shown - in black and white - to somehow suggest the historical aspect of this corruption.
Yesterday I reported on the deaths of two Briton's in Portugal who had jumped into the sea to save children, we received more information on this and saw the beach where the incident occured, along with a local surfer, who told how the children had already been "saved" once however had then returned to the same particularly treacherous spot, where a large rock jutted out of the ocean. We then panned down to Southern England to see some floral tributes being layed for one of the victims, Bob Fry.
Education - Ed Balls, Secretary of State for Children, Schools and Families , has disclosed radical reforms in the education system, a move away from A and O levels to that of a diploma, perhaps more career focused, an educational system structured round diplomas - tipped to be the new "jewel in the crown" we were assured. Koh-i-Noor Diamond Diploma perchance ?
Time for the awaited fire though - we checked in with California for an update on their "wildfires" to hear that President Bush intends to visit given the seriousness of the situation. We heard of a half million household evacuation and saw images of burning woodland and property. One American reporter commentated as his own house burnt, that was the living room, that was the kitchen etc., etc. Reassuringly though, Arnold Schwarzenegger has told citizens of both state and federal help. To close we saw a destroyed castle building in Malibu and Richard Gere.
Coming up - a Cuban ballet dancer story.
First though we heard of a man, Ronald something, who had just been found guilty of stabbing a girl to death in 1975. It seesm DNA evidence was eventually used to catch him, although, in the interim, another man was found guilty and served 16 years in prison; eventually being pardoned and then dying the year after. Old black and white images were again used to illustrate the time differential between the crime and the eventual correct conviction. With an injustice inbetween: food for thought ?
Population rise, same story as last night, this time with the addition of economics editor Evan Davies. Evan told more of migrants , migrants children and potentially imminent infrastructure meltdown. It seems though that Britain and/or Europe may consider a "blue card" system which will allow suitably qualified and educated individuals to work over here - but not any old riff raff.
To close, as anticipated, the cuban ballet dancer, Carlos Acosta. A " Princely" man who has risen from the bottom to the top and who would no doubt secure a blue card. Diana would have loved him. A link is provided to the report.
http://news.bbc.co.uk/player/nol/newsid_7050000/newsid_7059200/7059265.stm?bw=bb&mp=rm&nol_storyid=7059265&news=1#
And that was it.
cheers 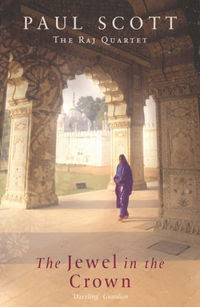 Playing the Blue Card ?
Posted by Newspaceman at 05:48