I watched the BBC News at around half seven last night, our hostess was Michelle Hussain, the lead feature the Conservative Party gathering in Blackpool. We heard how Cameron insists they are ready for an early election and shall unveil a "raft of new policies" this week which they believe will woo the voting public.

We saw and heard part of a speech by ex leader, William Hague, where he attacked Gordon Brown over his role in the pensions swindle and claimed that Margaret Thatcher was our best ever Prime Minister, accusing Gordon of fawning at her feet, with reference to her recent visit to No10 visit. A clip was then shown of the Andrew Marr television show, to see David Cameron wax lyrical about "real changes" and "new policies" and details were supplied as yesterday, changes to stamp duty, more money for couples etc. We then saw a clip of Arnold Schwarzenegger, warning us of global warming in front of a backdrop of two crossed flags and a bear - it appears that Arnie is right behind Cameron, in a political, not homosexual, show of solidarity.
Football followed, not professional, rather the annual journalists and Conservative politicians challenge match.Nick Robinson was on hand to discuss the similarities, "united", "many goals down" etc. etc., before we again heard mention of a "raft of policies" and again ran through the new policies, in case we had forgotten, before, thankfully, we finished.
Burma was next, today we went to reporter Andrew Harding in Thailand, to hear of deserted streets in Rangoon, many monks are "jailed or beseiged" and "protests impossible". The UN special envoy has arrived to try to act as mediators in this "nation in shock", to close we saw Burmese state television, showing a pro government rally to their viewers, the intention being to give the impression that the government and political system is popular amongst the masses. And to give us the impression that that could not happen here, yet it already is. This is mind conditioning on a very subtle basis, along the same lines as when we are told of slaves in the olden days. Our chains are psychological.
To follow, Darfur, a peace keeping base overrun, some dead, fifty missing.
Foot and Mouth disease, still not gone away, another outbreak reported, again within the protection zone.
A memorial service for Colin McRae, the Scottish rally driver was held yesterday, we saw images of "1000's, lining the streets of Lanark" and heard from some who had travelled long distances to pay tribute to him, after his tragic death in a helicopter crash two weeks ago.
Glynnis Maxwell, who played Miss Moneypenny in the James Bond movies, has passed away, clips were shown of her acting along with Sean Connery.
Sport to close, Lewis Hamilton wins another Grand Prix, despite, or perhaps because, of appalling weather conditions. Black and white ?
Join the dots.
cheers 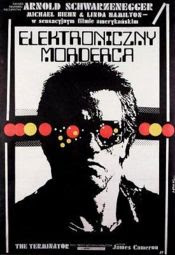 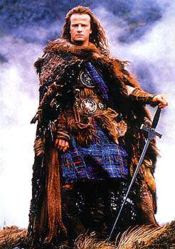 Hiya Aferrismoon, I was sort of hinting at Scotland, with Sean Connery as Bond, double agent.

And Colin McRae, a member of the order of the British Empire, and Lewis Hamilton, another professional car driver with a Scottish blood name, plus the masonic Lewis, and Lanark and its history.

And the two or three UFO abductions, within thirty miles or so, one on the A70 old lanark road, the other at Dechmont Law, a Mr Bob Taylor.

And the chequerboard, or is it chess and all that entails ?