I am not an expert on astrology, far from it, but I am aware that when Mercury, the planet of communication, travels backwards or retrograde, we can expect communication problems, here on planet Earth. So, it is naturally Mercury I blame for my recent rash of computer problems; first on Friday the PC went down, eventually I sourced the problem to the telephone extension line, and attempted to rectify matters by borrowing a laptop and simply connecting that to the main telephone line input box. It worked fine at first, I managed to redo Fridays blog which was trapped in no mans land and on Saturday morning all seemed well. I started my blog and then the laptop crashed - Serious Windows Error - it said, and now it wont work at all really. Who knows, but I am both back up and running and in a spot of bother.

I wont write too much about the news, we commenced with rugby, England having beaten France and reached the World Cup Final to be held next week, again in Paris. Images of jubilent supporters were evident throughout this feel good, proud to be English, feature.
Royal Mail, we heard more about the agreement to avert more strike action, a top Union official apparently talked of slavery. Whilst I appreciate his sentiments, are we not all simply slaves ?
Retired US forces Commander, Ricardo Sanchez, has spoken out about the current military situation in Iraq, criticising Bush and ridiculing the troop surge. He is of the opinion there is no end in sight. I have provided a link to the video of this report for anyone interested. Lovely flag symbology about half way through, the Scottish lion set on a geometric arrow.
http://news.bbc.co.uk/player/nol/newsid_7040000/newsid_7043200/7043255.stm?bw=bb&mp=rm&asb=1&news=1#
Staying with our American cousins, Condoleezza Rice, US Secretary of State, has been meeting with Russia, to discuss missile defence strategies. We heard that she travelling to the Middle East next, to join a conference on a Palestinian state.

A quick feature on politics followed, again is seems that the Conservatives feel their proposed policies are being pinched by the Labour party - in this instance, tax incentives for married couples. Images of a couple having their very special day were shown, quaffing champagne through clouds of confetti, outside a church.
To close, it seems that some parents are ignoring their childrens cannabis consumption, and are in fact, in some instances, actually obtaining it for them. Simon Byrne, the Assistant Chief Constable of Merseyside has spoken out against these practices, accusing parents of being "niave and complacent". He suggested that some forms of the drug are actually five times stronger than 20 years ago and we saw a lady interviewed, who blamed the weed for the mental condition of her "lost son".
More sport to close
I know I have maybe harped on slightly this last week about a possible imminent change in our monarchy, in terms of chief figurehead anyway. It struck me that, naturally, and then therefore astrologically ,and perhaps psychologically, now is the time for seeds to be set, lying dormant under a blanket of leaf debris, awaiting the light of the Sun, and the prod of God; next Spring. Also and additionally, could the recent will-they-wont-they-over a political election have maybe set an other small seed in our minds - again a seed of change - an unconscious desire for change. Was that the intention ? 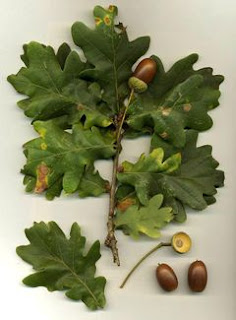 Acorns to Oaks
Posted by Newspaceman at 06:33