I tried but failed to watch the whole BBC news last night, it seemed to go on and on, my eyelids grew heavy and I dozed off; remarkably early it appears on glancing at my scribbles.
It was all the Conservative party conference though, as I suppose that the BBC have to give them as much airtime as the Labour party, otherwise there will be calls of bias. So, there must have been a full fifteen minutes of the 25 minute national news devoted to this subject, which, to me, is slightly excessive, especially when there is little to say.
Anyway, the Conservative Chancellor, George Osborne, advised the delegates of two ground breaking fresh proposals which they would implement if elected. The first is scrapping stamp duty for first time home buyers, for properties worth up to £250,000, the second is increasing the inheritance tax threshold up to £1million. He intends to fund these measures by imposing an annual charge for "non-domicile" earners, people who live in the UK but who do not pay tax on earnings from abroad. The other politcal parties claimed this was pie in the sky, and that George's figures simply did not add up.
The BBC showed a ficticious family, slumped on the sofa, watching television. They called them the Aspiration family and showed how they may benefit if these proposals ever become policy. We then saw political reporter, Nick Robinson, who told how George was "the Tories answer to Robin Hood" - taking money from the super-rich and giving it to the not so rich. Images of Blackpool Tower, illuminated, appeared, before talk of a "battle of the figures" and a "gaping black hole". Discussion then moved on to an early election and I fell asleep. Apologies.
However before I finish, today is the start of the Princess Diana inquest. Newspaceman is deeply concerned about the ramifications of this matter. He believes that we live in the end days, as far as humanity is concerned and that individuals will need to make choices in their lives. He sees a new figurehead for a New World, a new age, but to be governed by the same monarchy as has always ruled. Yet, we will be conditioned to think that the old is being replaced by something new. But it is not.
I dont want to preach the Bible but this small quote from Revelation may help,
And she brought forth a man child, who was to rule all nations with a rod of iron : and her child was caught up unto God, and to his throne.
Prepare for the Biblical antichrist; for the Christ is your soul, your freedom, your children's freedom 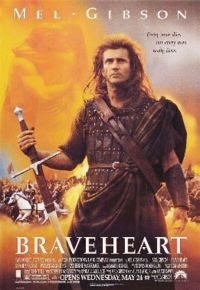 Posted by Newspaceman at 04:58