Iraq, politics and the election were all rolled into one for the first feature on the BBC News at 10 last night. Studio anchorman, Huw Edwards, told us how Gordon Brown had again announced a reduction in our armed force in Iraq, down to 2,500 by next spring, the previous announcement being last week when the PM visited the country, this one made in the House of Commons. We then heard more obligatory derision over the non election by the opposition parties, and closed by hearing Nick Robinson, the chief political editor of the BBC, tell of his depth of feeling over this, - "not if you care like I do".

Then, over to Burma for an update on the social situation by undercover reporter Feargal Keane who told how here, in "the Golden Land", where the military authority consider themselves "lords, not only of earth but of heaven too" - "there are eyes and informers everywhere". A night-time curfew has been imposed, during which the military operation consists of "pulling people from their beds and disappearing them into detention". This did not stop our intrepid reporter though, he interviewed one non English speaking and unidentifiable "activist" during the daytime and then met with two equally covert Buddhist monks at a steakhouse at five in the morning. They told how they believed some collegues may have had their robes taken from them and been sent to labour camp. It all seemed rather strange to me, something fishy about the venue, given the Buddhist diet.
Princess Di and Dodi al Fayed followed, or the inquest into their death anyway. The jury have been shipped, en masse, to Paris where yesterday they inspected the tunnel of doom whilst followed by a large entourage of media. Royal Correspondent Nicholas Witchell was there to see this amazing sight as we saw the procession march into the tunnel and inspect the graffitti encrusted thirteenth pillar. Particular attention was proffered by Nicholas as he asked us to consider the rise, fall and most importantly, "thin-ness" or width of the road, the inference being it was particularly tretcherous. The saga continues.
Coming up - A special report on the once frozen Artic North West Passage as a BBC reporter travels through it. Cue image of BBC man attired in full Artic survival kit.
First though, we heard of Judge Chubb, famous for presiding over the Rose West murder trial, who was killed when his garden shed, with him inside, exploded; some six years ago. It seems though that he had told his long standing wife that he wished a divorce only two hours prior to the detonation. The Judge's mistress, Kerry Sparrow, has pushed this matter to a court inquiry as to his death; we heard from a gardener working nearby who told, when he heard the "boom" and rushed over, Mrs Chubb simply continued to remove washing from the line. Furthermore, another witness told how Mrs C, who is now resident in Australia, showed "little emotion at the funeral".
Post Office industrial action continues - images of picket lines were shown, talks are "no further forward", more 48 hour strikes are planned.
Houshold budgets were our next topic as Huw entered into a chit chat type of discussion with economic expert Evan Davies. It seems that we are all rather "stretched" at present, and consideration fell upon whether "people are getting poorer". It seems that perhaps we are or perhaps we are not, it depends really, that seemed to be the result of this in depth verbal and statistical analytical study. No mention was made of a collective spiritual poverty.
Jean Charles de Menezes, the Brazilian who was shot on the London Tube after being mistaken for a terrorist -we heard the trial continues - "images of the dead man were shown to the jury today".
Some more photographic wizardry next as Interpol have managed to unscramble the images of a paedophile who posts his photographs on the internet with his identity disguised. We heard of a " this goes further - global" onslaught against this type of crime and heard some basic details into how the unscrambling technique worked. It seems that pixels are un-spiralled in some manner, and this allows restructuring . Images of this spiral effect were shown on a number of occasions to illustrate this feature.
To close, and as promised, the special report on the Artic passage. Our hardy reporter told how the seas are thawing and this has created a passageway of water, a veritable mariners "Holy Grail" between the glaciers. Satellite pictures were shown of the area before we heard territorial claims over who it actually belongs to. It seems the Canadians are claiming it as their's, we saw a top Canadian before cutting to a lady wearing an fur coat, who stood in front of a great expanse of water, the inference being that vast seas are being created through polar meltdown. This feature will continue throughout the week I believe.
cheers 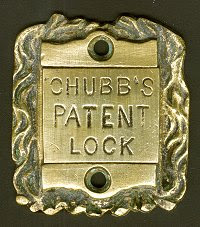 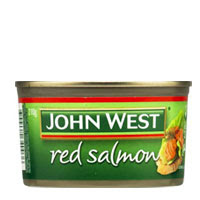 No bones about it.
Posted by Newspaceman at 05:21