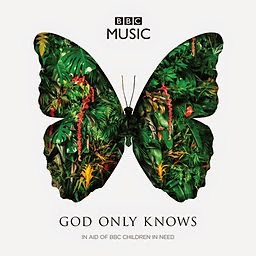 Some people allege that butterflies are utilised as a symbol of mind control in reference to the CIA's Project Monarch.

The BBC have recently organised a rework of the Beach Boys', God Only Knows, for the charity Children in Need. Many celebrities feature, the full list with images are here. Note that butterflies appear alongside more than a few. Many people like to ape celebrities, copy their clothes and suchlike.

Some people allege that the Beach Boys, in particular Brian Wilson, dabbled in the occult. 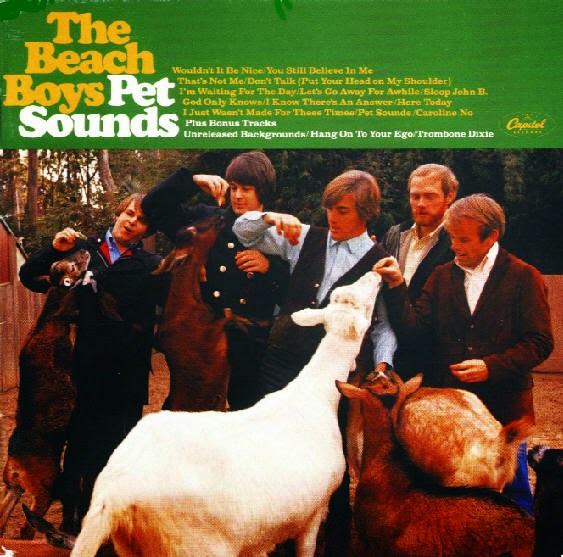 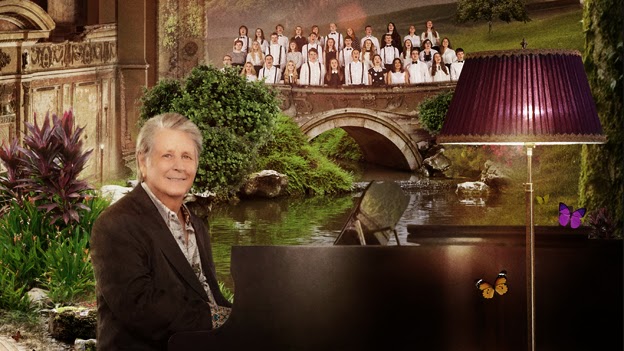 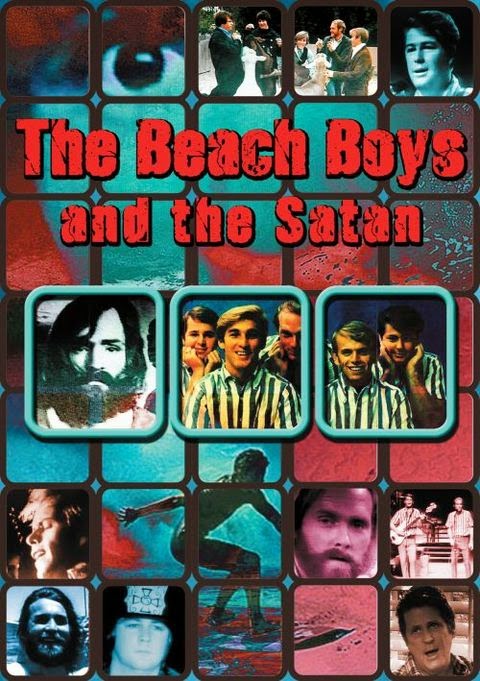 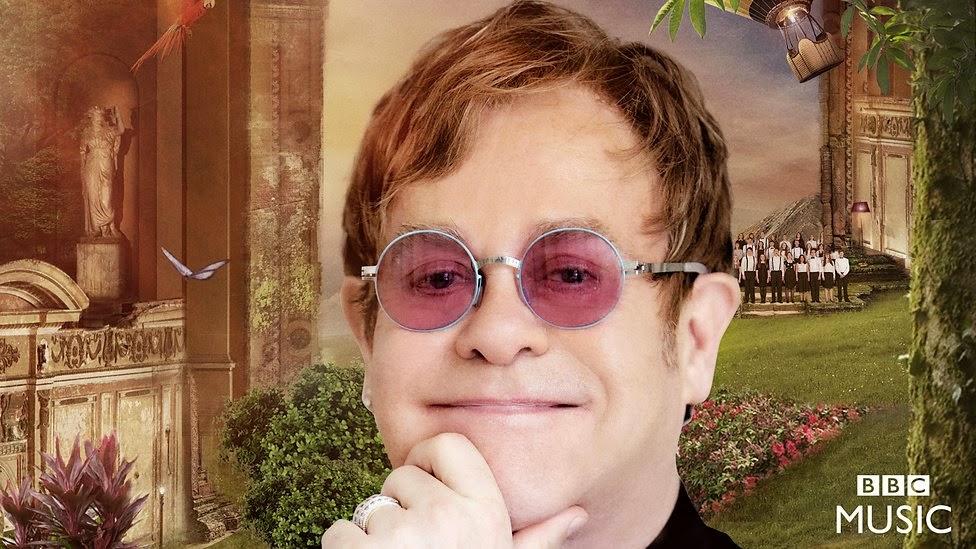 Posted by Newspaceman at 11:01 No comments:

From Mars to a firebird (and back again) 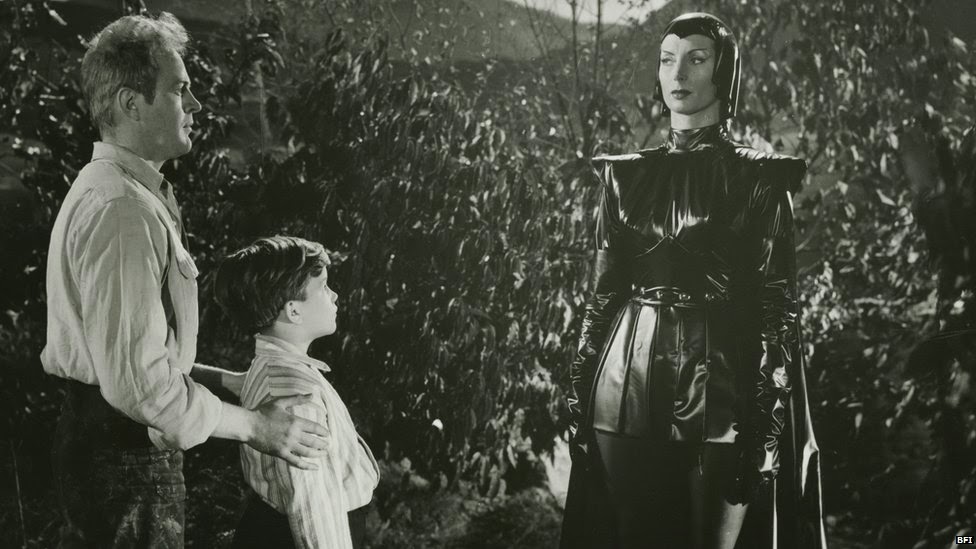 Mars, planet of war, seems to be hot at the moment.

We had the deep fried Mars bar story; that if a man consumes one of the delicacies it slows the blood flow to the brain within minutes, whereas with a lady, there is little effect (The Metro). 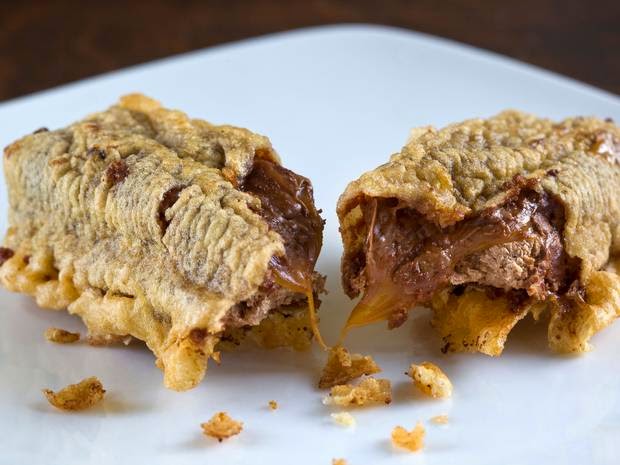 Then there was the news that two old American B movies are to be shown in Inverness' Eden Court. One of them is titled Devil Girl from Mars and concerns a Martian lady who has come to Scotland to select new, male, breeding stock for the red planet.

Space oddities : Scotland's influence on 50's US B movies

Whilst yesterday, in my very part time role as school parent helper, I went to the cinema with the Primary 7s to see a new BBC film titled, The Ten Pieces, which has been created, allegedly, to foster a love of classical music in youngsters. It was quite symbolic, I thought, and extremely loud.

A recent comment re children and education Crossing the line :

Are they taking humanity into nothingness?
A completely blank slate.

The movie is basically ten inter-connected short stories, each revolving around a famous classical music piece :
That's not the order they appear in though, as the first was Holst's Mars from "The Planets". We were reminded very early on about the connection with war. Next was, In the Hall of the Mountain King, followed by, A Night on the Bare Mountain. It was  the end though that caught my attention, the second last "piece" being Anna Meredith's, Connect It.

Now remember that the whole point of the movie is to allegedly foster a love of classical music. Scottish Anna is not a classical musician per se. Anna doesn't use instruments, but rather "uses sounds made up of our movements and our voices". Anna seems to able to collect sounds electronically and manufacture music that way, thus "we (humans) are the instruments". "It is like energy being passed on from one person to the other". And for the classic : " Handel, Mozart and Beethoven are all incredible composers but music is a living art form and I've discovered it's something we can all be part of".

At this point we cut to a warehouse. Numerous bodies lay on the floor, as if they were dead. Then they rose, as one, and performed Anna's, Connect. (BBC iPlayer)

The last piece was Stravinsky's, The Firebird. Here we saw a blazing bird which reminded me of the phoenix at the London Olympic closing ceremony, and at Glastonbury, where it rose from the Pyramid Stage as the Rolling Stones played Sympathy for the Devil. This firebird flew up to the Sun then, by magic, returned to the very start of the show, and thus the planet Mars.

One wonders if it was allegorical.

cheers
Posted by Newspaceman at 11:49 No comments: 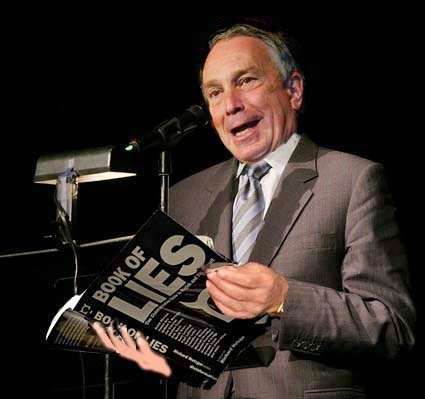 I touched on David Cameron's alleged gaffe in respect of the Queen and Scottish independence in the post Pussies Galore - the British Prime Minster  being "overheard" remarking to Michael Bloomberg that H.M. had "purred down the line" after he telephoned her at Scottish Balmoral to advise of the referendum result. As I noted within the post, I found it hard to believe, the whole scenario no doubt stage managed.

That was back on 23rd September.

Yesterday, 13 days after the event,  it was reported by the BBC that Michael Bloomberg has been knighted by the Queen and will now become a Knight Commander (KBE).

I wonder if he purred when he heard the news.

cheers
Posted by Newspaceman at 13:36 No comments: 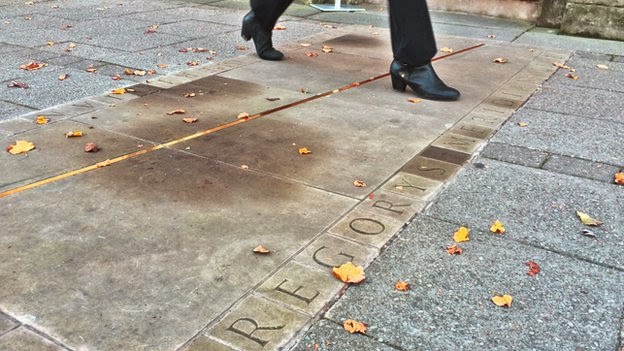 Prince William and Kate have a bug-bear concerning a press photographer who is allegedly harassing their son and his nanny, so much so that they have threatened legal action. (teachingkidsnews.com)

Prince William and Kate kindled their relationship at St. Andrews in Scotland, a place where the first meridian line was laid, "arguably making it where time began". (BBC)

I have a bug-bear concerning a new beginning.

My boy has just turned seven. He attends the local council primary school, so he can learn to swim in the same direction as the other children. It's maybe not the best decision, but it's been made. For the last two years he has religiously been given a weekly reading book as part of his homework, the literature provided by the Oxford Reading Tree, the stories  generally revolving  around a Chip, Biff,  Kipper and a magic key. Not this year though.

This year his school have introduced a fresh, dynamic, computer based reading programme, going by the name of Bug Club, produced by an "educational" profit making company called PEARSON. The basics are that the teacher selects a book for the pupil, the pupil returns home, logs into PEARSON's site and accesses the book for reading through the medium of the computer. The teacher is able, from their end, to view progress and also the results of the very irritating (in terms of a continuous read) bug-questions which pop up when you click on the bug icons which appear every couple of pages or so.

If the pupils get the bug questions correct they receive bug points , which they can then use to trade for something or other, something or other that's intangible other than a computer reward. It's structure reminds me of some of the games that I am led to believe can be played on tablets and mobiles, although in some of them, the intangible rewards can be bought with tangible electronic cash.

Some of books provided are based around children's TV characters, although PEARSON's refer to them, perhaps more correctly, as BRANDS. They kindly advise us that the rationale behind their use is because today's children watch so much T.V. and D.V.D.s, that they have no time for books. It reminds me of a vicious circle.

What needs noted here is that there does not appear to have been any actual studies, with controls, done on the effectiveness of this new programme and whether indeed it does improve overall reading abilities in either the short or long term. However, they do provide some snippets, anecdotes, and  short videos (here):

“I think Bug Club is a genius concept and I think it's genius in a number of ways. First of all, I think the simplicity of the concept is really attractive; you don't have to be technologically really savvy as a parent or the teacher, to be able to engage in Bug Club.

Nor does one need to be with a book, Tanya - although given your father was a T.V. director, your husband a T.V. actor, and you yourself have made three T.V. programme series', then perhaps there are other influences at play here, other vested interests?

Now remember, we know Tanya must be clever because in the promotional video, her cleverly constructed backdrop consists of some leatherbound books, some clutter, an animal skull, an open piano. You get the drift.

Tanya likes to talk with her hands. She moves them a lot, like a magician. Her sleeves are bare, though the baggy-necked jumper may come in handy.

She claims that not all parents are capable of the old way of doing things : pupil gets book with accompanying jotter. Child and parent sit together and read book, child reading out loud. Parent helps with "sounding", missed words, etc. Parent signs off jotter, notes any matters in comment section of such. Pupil takes book and jotter back to school.

Tanya then goes on to promote the product by claiming all parents can now engage, "can import into the home". A parent can thus see what is going on at school is her claim (and vice versa one imagines; whilst although one does not entirely believe Tanya's financially renumerated pitch, one can perhaps read the tea leaves)

Q - to Tanya Byron - What's good about technology with children

A - A lot of children consume a lot of  their content on line or via the digital world.

A - Technology helps us to specify the children's abilities (or lack of one presumes) and offer a more child-centric education.

Watch her here, and weep . What  Tayna does, per PEARSON's, is utilise her psychological awareness to attempt to sell you a concept; an unproven remedy to a known malaise. Her sales techniques are very well honed: "badly behaved boys" are due to the fact they are, often, unable to learn. It's a "no brainer".  We are trying to educate/create "digital citizens" - it might be interesting if you are a "mother/parent", like her.

Anyhow, a letter was sent out by the school inviting parents  to a presentation in regard of Bug Club. I attended. There was maybe about thirty five parents, or so I thought. Given my own antiquity-  46 - then, well, for a split second I thought I  looked great -  until I realised the truth. Many of them were grandparents.

The head teacher "explained matters". Biff and Chip, Kipper and the magic key, were redundant. The school's literacy rates were below par. Allegedly, the children are disinterested. Thus came the decision to axe. The vehicle they have utilised to teach children how to read for the last 15 years has been "Boxered". (See Animal Farm)

I said my bit, "fostering an early reliance on technology"; "creating a bond between TV brands and school"; "utilising what appear to be untested learning products (certainly in the long term)"; "is there any actual proof, real proof, that this will be better." ?

The teachers didn't appear to know what to make of it. Some of the grandparents were nodding though. 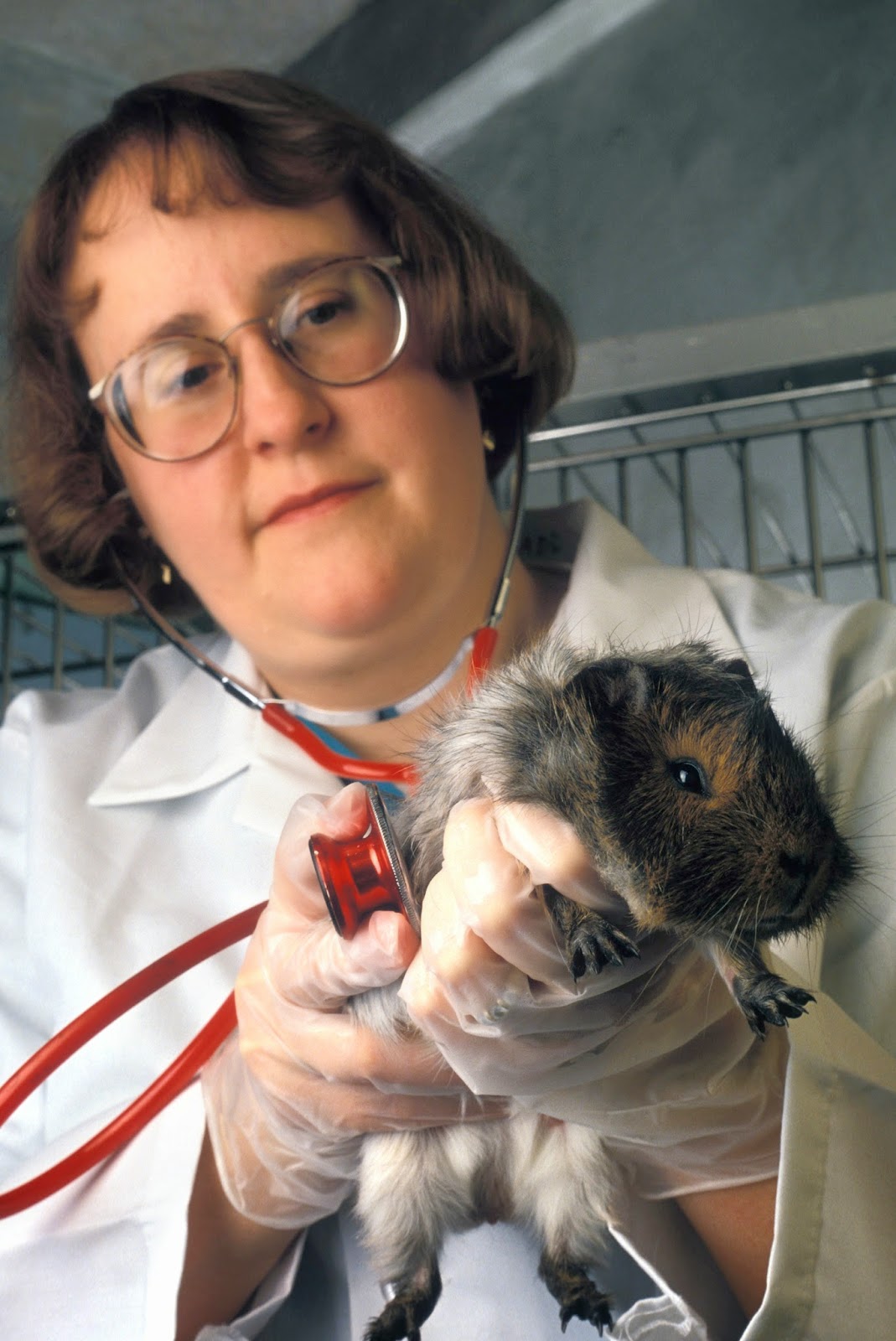