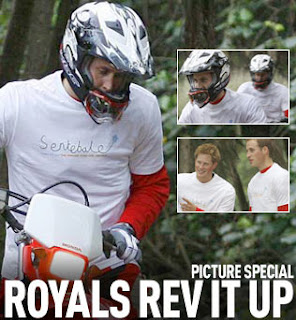 Down and out with Paris in London ? 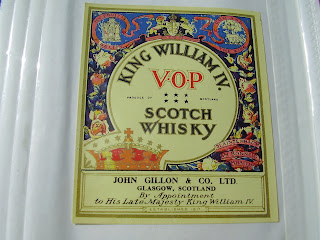 Whilst this week many would perhaps be tempted look to the economic world for a glimpse of humanity's work saturated and pre-planned slave based future (and who am I to disagree), it is both interesting and relevant to note some of the other "news" which has been sent our way over the last few days, news which seems to me just as important.

Firstly, and perhaps obscurely for overseas born correspondents, we had the 50th anniversary of the worlds longest running television show, BBC children's "programme" Blue Peter (the same Blue Peter that spawned Dorothy/Tayiba in the recent Beijing Wizard of Oz production), an event marked by Her Majesty the Queen on Tuesday 14th when she hosted a special party at Buckingham Palace and which included her presenting four viewers with special gold badges in commemoration. We read from the BBC, Blue Peter marks golden milestone: 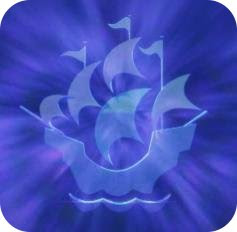 John Noakes, Valerie Singleton, Simon Groom and Konnie Huq were among the ex-presenters in attendance at Buckingham Palace, when the show received its Royal seal of approval earlier in the week. "Blue Peter has been at the heart of children's lives for 50 years, and we are absolutely delighted that the Queen is recognising this," said editor Tim Levell.

On Wednesday, we obtained information as to government plans to introduce a huge computer database which would store details of an individual's mobile phone calls and internet use , utilising a raft of rationales for this, again from the BBC, Giant database plan "Orwellian":

"Our ability to intercept communications and obtain communications data is vital to fighting terrorism and combating serious crime, including child sex abuse, murder and drugs trafficking.

On Thursday 16th, USA Boss's Day, and the day of the proper Blue Peter anniversary show, a special parade was held in London to celebrate the success of the British Olympians and Paralympians, a parade which ended with another special event. From the ever reliable BBC: 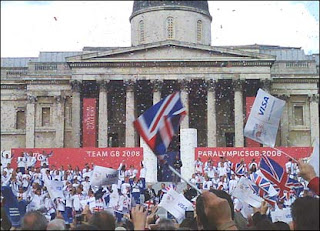 After the 12-float procession travelled from Mansion House to Trafalgar Square, the Olympians ended their day by meeting the Queen at Buckingham Palace.

A busy day for the Queen then, as she also found time to travel to the UK headquarters of Google in London, an occasion marked by a special homepage being created in her honour. From Queen has fit of Google giggles:

Internet giant Google was given the royal seal of approval when the Queen had a fit of the giggles during a tour of its London headquarters. Google's UK homepage logo was given a makeover for the occasion, featuring a specially-commissioned "Google doodle" of the Queen's profile and a crown.

This was an encounter between the head of an ancient institution and a company working in cyberspace which was founded by students in a Californian garage 10 years ago.

and just to show how out of touch with "todays world" she and Prince Philip are, we read:

And in a company where the dress code is apparently that the staff must wear something, the Queen's husband had this to say to one casually dressed employee: "Have you just come back from jogging?

Come Thursday night though, we hear of their youthful and in touch grandchildren, William and Harry, - the spawn of golden hearted Diana - partying along with their cousins Beatrice and Eugenie and some other famous people at London bar Whisky Mist, to mark the commencement of the Royal Princes' charity motorbike ride through rapidly "freemasonic" and western colonising Africa. From the Daily Mail: 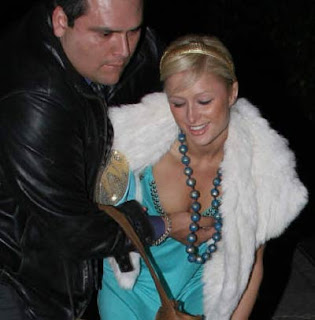 Miss Hilton apparently did her best to attract a prince, but to no avail.

Prince William chatted with her only briefly before walking away and Harry tried to ignore her sexy dance, according to witnesses - a good thing too, as his girlfriend Chelsy Davy was there. 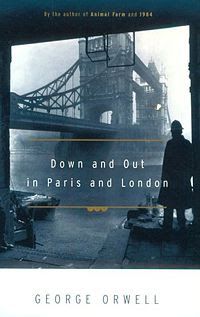 From the BBC, Banks may get bail-out on Monday, we read:

The first banks to get money under the UK government's £50bn bank rescue plan could do so as soon as Monday morning.

The banks and the Treasury are working on announcements to be made before the markets open, according to BBC business editor Robert Peston.

“Will there be a global government with a benevolent dictator, overseeing global law, global police and a global judiciary in an attempt to make the world cleaner, peaceful and prosperous? If that’s what it takes to achieve these ends, so be it.” — from The Quickening by Art Bell, page 309 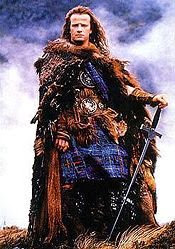 Posted by Newspaceman at 14:58 No comments: 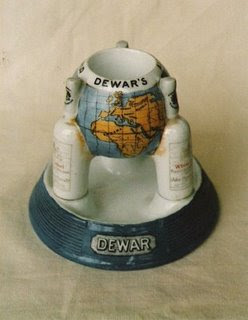 is the front page headline from the homeland based Scotsman newspaper today, complete with a large space photograph of planet Earth.

Fruit and Veg - A synchromystic journey with Archibald Pelago 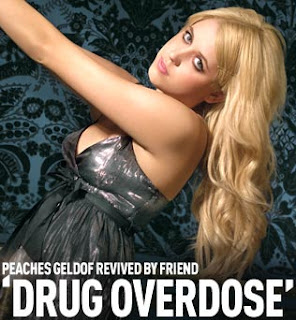 This is the last post by Archibald Pelago (rat catcher) and inspired by the extraordinary tale of Jake Kotze and his Oz related Jimmy Page/lacoste clothing/ avocado journey over at the blob. 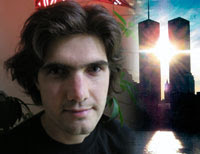 Avocado and pages resonated peaches and books to me - my favourite author David Brian Plummer, artisan hunter, dog breeder and social recluse (born 11th September) wrote a book - his Tarka the Otter - about a badger and the dark side of humanity. In the story we read a harrowing tale of a badger cub taken into captivity, the climax of which is an arranged pit fight between the badger, Trog, and a bull terrier by the name of Peaches. (Nothing to do with Michael Caine and The Man who would be King)

From the badger, which perhaps comes from the French becheur, to dig, we excavate a little deeper, the black and white of the badger correlating the chequerboard - Jake on the black squares, as he tells of his pimp inspired "nosis", a nosis which I must confess I find both nonsensical and intelligence insulting:

Jim was putting a spin on its usual meaning in the 911 context. Instead of referring to a the government orchestrating 911, this 'Inside Job' means the spiritual transformation and global ascension process marked by the 911 Mega-Ritual.

It's life Jim, but not as we know it ? We thus travel to Scotland via Star Trek, specifically to Linlithgow, birthplace of Montgomery Scott - "an engineer with no known equal in the universe" - in 2222, the twin 11's twice, an octagon of towers, suggests that a stargate is located here and furthermore that since I live close by, I must be correct in my assumption that the "911 mega-ritual" is no spiritual ascension process, rather part of a plot for the further enslavement of humanity.

We go back to poor Trog, dead by the end of the book, dumped at a roadside, no longer any use for baiting and we think of humanity and it's future and of it's purpose and we recall like Jake, Aleister Crowley, in this instance his vision of Atlantean society as depicted in The Lost Continent:

"The whole population was put to perpetual hard labour."

Chess loving, never boring Aleister ( he changed his name from Edward to the Gaelic form of his middle name Alexander) had dealings with a being he called Lam, a being which resembles that of a grey alien - did I mention that badgers used to be called brocks and that this itself came from the Gaelic broc, meaning grey. 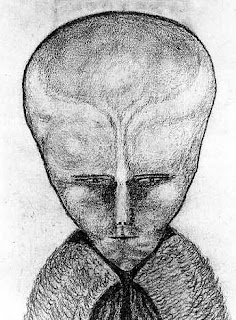 This greyness takes us straight back to Jake's recent post and his observations of Jimmy Page, observations that he tapped into whilst out fruit shopping. In the manner of Newton, an apple fell upon his head, although in this instance it was an avocado with a Jimmy sticker. 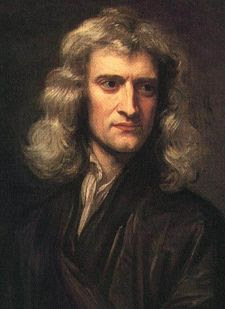 Europa ! - Jimmy Page and Oz, maybe we are getting somewhere. Somewhere that newspaceman was a month or so ago, when he wrote in relation to the Olympic flag handover in Beijing:

Jimmy Page appears (as if by magic) -not that long ago a "dragon suit" wearing occultist and Aleister Crowley disciple; so devoted as to purchase his mentor's old property, Loch Ness based Boleskin House. Whilst with Led-Zep he used a symbol commonly taken as zoso. Yet to me it says zofo, of oz backwards. 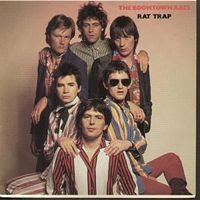 "Its a rat trap Kotze, but you're already caught."