Our lead story on the BBC News at 10 was the shock resignation of Menzies Campbell, the Liberal Democrat leader, citing continous questions over his leadership abilties as the reason. Fiona Bruce, anchorlady for the evening, told how this was "sudden and unexpected", and we heard from political reporter, Nick Robinson, who appeared almost gleeful about events as he told his version. It seems that the main difficulty that Mr Campbell faced was that of his age - 66. Out with the old and in with the young - it makes you wonder.

Next up was health, although with a political slant. Last week, you will remember the deaths of 90 hospital patients with the virus, Clostridium difficle, yesterday we saw questions asked in the Commons over this matter, in particular that management were focused on finanical targets rather than care. The story of an old lady was told, aged 90, survived the Blitz, then died from this disease. Black and white photgraphs were again used to show the contrast between the olden days, say pre 1970, and now. Also, the latin name for the virus has been nicely abbreviated, and as such it should fit nicely with all the other collected worries lined up on the shelf - C-Diff.

Mark Campbell, aged 38, was jailed fror life after a string of sex attacks on young girls. We saw his image and heard of DNA evidence.

Next up was a long feature on China, a country which wishes to be "an economic superpower, rivalling America and Europe". This statement implies that Europe is already one big happy power, an entity of it's own. And so what happens when America crumbles, a monopoly ? Anyhow, we continued by hearing that China is "hungry for materials" and "does'nt have enough resources". Many people were shown in a busy square, walking and cycling; then, perhaps to show our future, a huge TV monitor was shown - it was very like the film Total Recall.. We saw a similar feature to this a couple of months back, in reference to global warming and the 2008 Olympics.

And global warming was the next topic, as we headed for the Artic North West Passage to see how reporter David Shukman is progressing in his travels. Before we left, to refresh our memories, Fiona showed a map of the route - then we cut to David, again on a boat in the middle of the sea; today it was beginning to snow, winter coming in, was the only fresh news.

Next up was Europe, we are told that our ministers are defending our rights as UK citizens rather than Europeans, talk was of "red lines" and a "charter of fundamental rights".

The internet paedophile, who's face was unscrambled by Interpol and placed on their most wanted list, has seemingly been spotted arriving at Bangkok airport. A new image was shown and we were told he was a Korean based English language teacher.

To close, firstly apologies, did not manage too many notes last night, secondly, more about England, Rugby, and Paris. 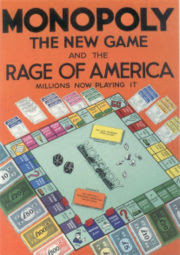 Posted by Newspaceman at 06:32