Fiona Bruce returned to the BBC News at 10 yesterday, again our chosen lead feature was politics and the possibility of an early election, the chances of which appear to have deminished in proportion to the reduction in the Labour party's lead in the most recent poll. We travelled to Downing Street to hear further information on this, it appears that Brown and Cameron are almost neck and neck in the sample study of voters intentions and that this may lead Gordon to delay any election. A clip of the political debating programme Question Time, which follows after the news, was shown, in it we saw Ruth Kelly, Labour MP and Menzies Campbell, leader of the Liberal Democrates, give their opinions. To sum up we were advised that an autumn election is now a "distant" proposition.

The Diana Dodi enquiry followed, again we were treated to further CCTV clips from the interior of the Ritz hotel, where the couple were hiding from the dreaded paparazzi. Roving Royal Reporter Nicholas Whitchell (phonetic), commentated on events over the images, resulting in an short film type documentary - detailing more of the couples movements. Again, in a similar manner to yesterday, much attention and focus was given to the posse of predatory photographers who lingered outside in the hope of an exclusive picture. We closed by being reminded that Diana was a "princess, hunted till the end."
Our Postal workers have entered into a strike, resulting in "paralysis" of the system, in fact it is "crippled". We heard from some "exasperated customers" and saw some "business victims" before a postie was interviewed, he told how management had forgotten all the unpaid extra time that they do, and furthermore, seemed unhappy at the collective laziness tag which has been attached to workers within the organisation. We were then told that workers had been offered 2.5% plus bonus linked to productivity but had refused this because they fear that 40,000 jobs may go, if modernisation plans for the network go ahead.
The metropolitan police have come under fire over their conduct in relation to the gang related shooting and murder of a young man, Peter Woodhams, in London . BBC journalist Daniel Sandford, told how Peter had previously "stood up to the yobs" resulting in him receiving knife wounds. This first attack had been reported to the met, however the Independent Police Complaints Commission felt that there had been "serious flaws in the investigation".
Coming up - the Nazi Holocaust archive - now open to the public.
First though, an feature on whether the domestic status of an individual has an effect on their lifespan. We heard how the number of cohabitating couples is increasing, as marriages become less popular and that this can impact health. Statistics were provided which claimed that 35% of lone parents develop some sort of "chronic illness", the figure drops to 28% for cohabitating individuals and 26% for those involved in a marriage. We heard of some other startling correlations, for example, men that have recently divorced are far more likely to die.
Interest rates - Bank of England announced no change - "more misery for homeowners"
Our health followed due to proposals to force doctors surgery's to open at weekends and evenings, or at least part of these times. Images were shown of a surgery which already offers this service and we heard how popular it was, given the professional status of most of the clientele. We turned to the Government review of the NHS and saw a computer generated "virtual surgery", in which a computer graphic doctor strolled about, in the manner of an estate agent. We heard more of MRSA and the steps taken to eradicate it, before Menzies Campbell, gave his opinion, more "cynical politics"
The police have arrested four men in connection with the theft of the Da Vinci painting, Madonna with the Yarnwinder, stolen from the Duke of Buccleuch, a number of years ago. The Duke died, a month or so ago, I am sure I read that he was still extremely sad about the theft. One wonders if perhaps he has been working behind the scenes, so to speak.
As promised, the nazi story followed. "The A to Z of the paperwork that accompanies mass murder." I shall say no more.
To close, could driver Lewis Hamilton loose points for bad driving at the Japanese Grand Prix ?
cheers, 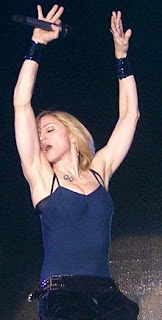 Posted by Newspaceman at 06:39

New look for the blog? I'm liking it alot, easier on the eye in a way. The Diana inquest is going nowhere imo, I'd be very surprised if the jury concludes that anything other than an accident ocurred. My feeling is they've picked people who scoff (most people) at the very idea that any conspiracy ever could be possible. And the fact that they had to swear to "diligently inquire on behalf of our sovereign lady the Queen" doesn't exactly fill me with confidence, isn't she a suspect?!

Thanks Ben, it was only two clicks of the mouse and about an hour trying to work it out. I will get there though, maybe add some links soon, once I work that out.

My worry is that the media are held to blame over the Diana incident. I believe that this could then perhaps lead to forms of censorship similar to how the new terrorism act is allowing randon stop and searches.

Additionally, I feel that this is putting Diana on a pedestal even more and, to a certain extent, I feel that a large majority of our population are looking for something to worship, god and any ties with the real world having been long forgotten.

If Di was murdered, then it is likely that whoever did it would be a master of the art - how many contract killers do they ever catch ?