It was almost a Royal special on the BBC News at 10 yesterday evening. Our hostess for the evening was her newsreading highness Fiona Bruce, the first topic of discussion, Prince William, after he spoke out about media and paparazzi harrasment of himself and girlfriend, Kate Middleton.

It appears that the young couple had been out on the town on Thursday evening/Friday morning, and on leaving the upmarket Boujis nightclub, were, according to William, "aggressively pursued" by a pack of eager cameramen, on motorbikes and in cars, all hoping to get the picture that would ensure early retirement. Furthermore, the young Prince advised that this behaviour was "incomprehensible at this time", given the ongoing inquest into his late mother's death. Images of the CCTV footage from the Ritz hotel in Paris were again shown, in a similar vein to the previous two evenings news reports. (as read here, in the newspaceman).
Max Clifford, the public relations genius, told of the "excesses of paparazzi" and reminded us to "see what happened to the boys mother", again in reference to Di.
We stayed with the Monarchy as we heard that the controller of the BBC programming, Peter Fincham, has resigned over the recent documentary scandal in which the Queen appeared to storm out of a photo session "in the huff". Images of the show were displayed to remind us of happenings as we were told of "misjudgement", "poor practice" and that a "fuse was inadvertantly lit". Further information was supplied as to the how the mistakes had happened, and again blame seems to be being placed at the door of a company called RBM, or, to give its full name, Red Bee Media - who are or were formerly known as BBC Broadcast - although this was not disclosed. It seems that RBM, simply cut and pasted various segments of the initial documentary footage and from that constructed a fictious sequence of events. Images of photgraphs being moved around were used to illustrate this technique before we heard from Royal correspondent Nicholas Witchell, who told how "the Palace are keen" for the unedited documentary to be shown and again reminded us that it was the paparazzi who were to blame for Diana's death.
We moved on to Burma for an update on the ongoing social tension. The United Nations have sent an envoy and additionally, the United States are keen to impose sanctions. Images of "peaceful protest" and the authorities "violent response" were shown to remind us of events.
A Ghurka soldier has been killed in Afghansitan. An arial map of the country was used to illustrate this.
Two policemen have been asked to resign due to their failures in correct investigation of the incident in which Peter Woodhams of London was slashed with a knife, some months prior to his shooting and murder. Images of the victims father at a court hearing were shown along with that of the killer, Bradley Tucker. We heard that the Metropolitan police have apologised and changed their procedures.
Speculation over an election appeared again, the day after we were told it was highly unlikely. It seems that the Government are to make two big statements next week and this has increased rumours. Images of Gordon Brown were shown, before we saw a "marginal seat", somewhere in West Yorkshire, where a couple held hands and fed ducks beside a bridge over a river. We saw some statistics and Gordon again before Menzies Campbell spoke of a "constitutional crisis".
Coming up - London cross rail
First though, special report on the US military in Iraq. Again we joined the 101 Airbourne as we were told that, because of the surge, their troops have to spend more time on each tour of duty. Images of a church service were displayed; "most of this congregation are going to war", which may help explain their almost hypnotic behaviour, whooped into a frenzy by a manic minister of some description. We heard however that repeated tours can affect morale and that some soldiers are beginning to question why they are fighting. To this end, we saw a soldier interviewed, surname of Howard (coward?), he told to "bring the boys home" before we cut to a training camp in Kuwait, where we saw a mock house being raided as part of a learning exercise. It was advised that nowadays, American troops are no longer engaged in "finding and killing", and in fact act in a role similar to that of a police officer.
Business (and monarchy?) followed, Royal Bank of Scotland has snatched Dutch bank ABN from Barclays who were also interested in purchasing it. Economic reporter Robert Peston told of serious losses in the financial sector and felt that RBOS were taking "a bit of a risk".
As promised, the London cross train line, which has taken twenty years to plan and another ten to build. Images of some tunnels were displayed before we saw machinery that will be used to construct more. Curiously perhaps, they looked like huge drills with a union jack cutting pattern.
Reconstruction of the infrastructure?
And, to close, more rebuilding. We saw images of modern buildings and heard of the Stirling Prize, Britains leading award for architecture. It seems that most of our leading architects spend their time designing constructions outwith these shores (perhaps due to Prince Charles' views) and as such, one was depicted, a Mr David Chipperfield (obviously nothing to do with the circus, media or otherwise), who apparently uses construction techniques associated with fascism. We saw him interviewed, dressed in black and tall with blonde hair, but not much was really said.
We turned to Dresden in Germany and saw the rebuilding of a railway station, destroyed during the war. To close both this and the news, we heard from Lord Rogers and saw a theatre, the Young Vic, as opposed to the Old; obviously.
http://news.bbc.co.uk/1/hi/magazine/7030322.stm -
cheers 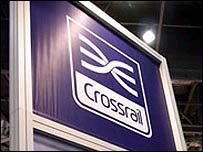 Posted by Newspaceman at 05:15

I hadn't thought of the obvious BeeBeeSea, certainly wiggles my antennae. Red Bees from Mars?
Thoughts of troops peacekeeping in Burma, perhaps that'll help the heroin harvest renew as it's done in Afghanistan. Soon it'll all be renamed Heroindustan, and will no doubt claim all our best architects to build wondrous pleasure domes for the masses- opiated. giant football screens and smack ice-cream. British lads will of course drink Old Heroin Ale - heavy or light sir
Rangers and Celtic [ as in Scottish teams]both won in Europe on the same night - New World Order or perhaps reality has really wigged out