Huw Edwards was host for last nights BBC News at 10 where we began with badgers, the story being that our government's chief scientist, Sir David King, has advised ministers the animals should be culled in order to prevent the spread of TB to cattle - a "call to cull" was the slogan utilised on the screen backdrop.

We heard details of Sir King's report and viewed many images of both badgers and cows, including a lovely farmyard shot of a free range chicken walking in front of some penned livestock. It seems though that another contradictory report was recently produced which claims a cull would be pointless, furthermore it appears that some would find "mass killing of these creatures" unacceptable. There was not much else said, we shall see - if time allows I shall write more about this - there was actually a cull carried out in the fifties I think, for the same reason. It was in fact ineffective, badgers simply travelled further and as such, the disease still spread.

We moved on to sex offenders and violent crime; in particular, criminals who commit an offence whilst out on parole, or licence, from Her Majesty's Pleasure. The image of a female crime victim was displayed as we heard of "murder, manslaughter and rape" and that our prison system is not working. Some graphs had been formulated to show the increase in repeat offending, our attention was drawn to these although a spokesman for the parole board claimed they were down to "more straight reporting". To close, we met Verna Bryant, who's son had been murdered.

Next up was Europe, and the ongoing Treaty/Constitution saga. Political editor Nick Robinson has ventured to the new St Pancreas railway station for this report, talk was of David Cameron, a mandate and "letting the people decide". We saw Cameron at work in the commons, debating; it seems that January 2009 is some sort of deadline. Anyway, Nick explained that the new treaty will "speed up business" and to close that "the European train has moved on", down a cull-de-sac perhaps ?

Three Britons have died in the Algarve after jumping into the sea in an attempt to rescue some children. We were told that "the waves washed the children ashore" though, and they are safe.

Tension in Turkey, the PKK have announced a cease fire and that the Turks will "exhaust all diplomatic solutions before sending in the jets". Images of troops were shown along with an arial map of the neighbouring countries.

Coming up - Wildfires in California and Arnold Schwarzenegger

First though- new figures are set to be released which predict future increases in the UK population. Economics editor, Evan Davies, explained this further, advising of migrants and "a lot of extra people", the main problem being a lack of housing and social facilities. Mention was made of the 1970's when this issue was again raised, although it seems that back then it was because people had had too many children in the swinging sixties. We saw a demonstration from back then, our attention drawn to one of the protestors, national icon Michael Parkinson.

A British girl has fallen from her hotel balcony in Majorca. It appears her mother has vanished. Few details were supplied.

As promised, the fires in California and Arnold. Many helicopter view images were displayed of the blazing countryside as we heard more of "hurricane winds", Mr Schwarzenegger told how these were in fact "our No 1 enemy"; reminiscent of Predator perhaps -an almost invisible enemy? You can see the video clip here
http://news.bbc.co.uk/player/nol/newsid_7050000/newsid_7057500/7057540.stm?bw=bb&mp=rm&nol_storyid=7057540&news=1#

To follow was China and the Commuist government. We saw their officials all marching into a news conference in Bejing and were directed to one in particular, Xi Jinping, who we were told is the "heir apparent, the Prince of Wales" of the intended leadership change in 2012. Our reporter thern interviewed some Chinese youths, none seemed to know who he was, I was not sure of the point.

To close, the England rugby team. We hear apparently that Princes William and Harry spent the evening drinking with them,after the South Africa defeat, images were shown of the festivities, and we heard that Wills and Jonny Wilkinson, the team captain, led the party. To close; sweet chariots. 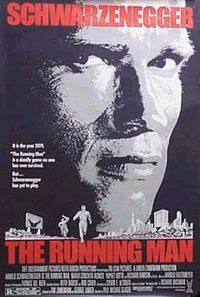 Clairvoyance ?
Posted by Newspaceman at 06:44