An assassination attempt on former Pakistani Prime Minister, Benazir Bhutto, was our lead story on the BBC News at 10 last night. Fiona Bruce, anchorlady for the evening, told us to beware of imminent "disturbing scenes" and we cut to Kabul to see images of an explosion, courtesy of Pakistan Television. 89 dead it appeared at that stage, we heard of the possibility of involvement by "taliban linked militants" and saw further images of large crowds greeting the returning Miss Bhutto, along with an exclusive interview with the lady, just prior to the attack. To close we saw the aftermath of the explosion including a damaged vehicle.

Another "damning report" hsd been composed, this one relates to rival television network, ITN, and found further cases of the viewing public being conned via bogus competition winners, rigged polls etc. We saw some clips of the offending programmes - Ant and Dec seemed to be heavily involved. The chairman of ITN, Michael Grade, told how there would be no sackings over this, however vowed that there would be no repetition. We saw a reminder of the furore over the Blue Peter cat name scandal before we closed with images of Ant and Dec, stating their disappointment and offering reassurances for future phone-in's.
Health followed, it seems that a quarter of hospitals are "failing to control infection" in respect of "superbugs" and similar filth loving virus' - we heard of the Royal Cornwall, the "worst in the country" and saw images of wards. Consideration was offered as to "should the 21st century NHS ever have got this bad", no real answer was given, instead we cut to the relative of a recent victim, Sandra Comfrey, who told of her mothers plight whilst in the care of the NHS, talk was of unwashed excrement. To remind us what it used to be like back in the good old days, we saw old black and white television pictures of a busy ward and heard of matron and her "rod of iron".
http://newspaceman.blogspot.com/2007/10/bbc-tv-news-review-1st-october-2007.html - re rod of iron
The Dodi Diana inquest continues, today we were told that Dodi had visited a jewellers to purchase a ring on the day of the accident and that some believe that this was an engagement ring. CCTV images of the shop visit were displayed, it seems Dodi spent eight minutes "browsing" in the shop, before plumping for an £11,000 option from the "just say yes" range of golden hoops. However, seemingly to contradict this, we heard that Diana has in fact confided to a close friend that "she needed a marriage like a rash on the head". I always though it was hole in the head ?
We turned back to the aforementioned assassination attempt to hear of more alleged "breaking news" - there was not actually any. The death toll was again stated, we saw the explosion again, and this time heard that Miss Bhutto would be in need of better security, given both this incident, and "threats" which have been made towards her by the Taliban and Bin Laden.
We edged on to Europe as an update was provided to the current talks over a Treaty or similar. It seems that leaders are "locked" in discussion - again the information provided into what they are actually discussing seems surprisingly scant. However we are constantly re-assured by means of the mysterious red lines, they seem to be our salvation. Anyway, in subliminal reference to the 2nd World War perhaps, we were advised, that "the Italians and Poles are digging in, - not to their supper - but to entrenched positions".
The BBC themselves and their restructuring - again we heard of more repeats, less funding and "having to shrink - become more efficient". We heard from new BBC executive Mark Thompson, who told of "spreading the butter too thin", and of a reduction in news coverage.
A 16 year old has been found shot dead in England, we heard how previously he had talked of becoming a priest and saw black and white images of other children recently murdered in gangland killings. Again we heard of consideration as to the reasons for this violence and a "raft of initiatives" which have been introduced in order to attempt to combat the growing menace. No mention was made of the collective spiritual malaise which pervades our society and indeed world.
The French PM, Nicolas Sarkozy, has split from his wife. We saw many images, including one of a friendly George Bush.
To close, the death of actress Deborah Kerr, we heard of her achievements, in particular her role as governess in The King and I, and also with Burt Lancaster in From here to Eternity. A short clip from the latter black and white movie was displayed, and we were told it was considered somwhat risque at the time. However, she was a lady of "grace and candour".
http://news.bbc.co.uk/player/nol/newsid_7050000/newsid_7051300/7051370.stm?bw=bb&mp=rm&nol_storyid=7051370&news=1# 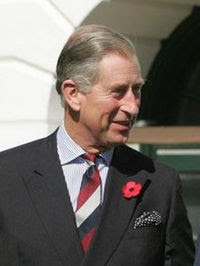 Royal Cornwall - "worst in the country"
Esoterically ?
Posted by Newspaceman at 05:56

So wheeling the cliches out in abundance, thank god you're immune to it and as some sort of scientist are able to collect, collate and include incisivly with bearly a cynical scratch.
Actresses, princesses and faeces, all in adays work.
I used an article on the hospital investigated by the police in english lessons, students were amazed.
Here the big argument is where to place the forthcoming National library , green and purple and shaped like a sci-fi Blob.
I see plenty of home-made honey around in prague so now disappearances here as yet. Neertheless I pollinate the odd flower just in case.
Scottish football - why?
All the best

thanks aferrismoon, I have taken a few days off, still have fridays to write up but have lost motivation the last day or two. Sometimes I am too busy writing about the news to actually watch it, which means I miss quite a lot.

Funny enough, my nephew was playing some sort of computer game on cbbc (childrens bbc) website. It was to do with chicken or sheep, or seemed to be, then a green and purple blob appeared. It reminded me of the askit powders germ.

Alien he advised though and put it in the basket, along with the farmyard animals.

The library - a blob on the landscape ?