We began the BBC News at 10 with Hugh Edwards as our studio host, the topic being Darfur and the decision by the United Nations Security Council to send peacekeeping troops to this war stricken area of Sudan. Gordon Brown was at the UN meeting and Nick Robinson, the BBC chief policical editor, was also in America to cover the story. Countless images of famine victims were shown to illustrate this feature as we heard of a "global campaign to reduce poverty".
Our hospitals followed as we heard how thirty thousand junior doctors are due to begin new jobs within the health service today - yet it appears that this has been badly organised and as such we could perhaps expect some disruption. This sage follows on from the online application process which seemed to be heavily criticised by the medical profession. Images of hospital wards were shown to remind us what it was like.
Lagging behind health came jails and we were told of prisoners being held in detention, basically because they are not considered safe to release. We heard that this, itself, was unlawful before mention was made of violent criminals, the ubiquitous paedophile element and a Catch 22 situation.
Five Boys aged 12 - 14 have been found guilty of manslaughter after "pelting a pensioner" with stones.

"Another storm" over David Cameron and Ali Miraj, a prevously loyal supporter, spoke out over the shadow Prime Ministers obsession with public relations. Cameron then told how Mr. Miraj had approached him only the day before and asked him for a peerage, before dropping him from the list of potential parliamentary candidates.

Operation Banner, the British military operation which has been ongoing for 38 years in Northern Ireland is to cease, in terms that the army will no longer be "operating in support of the civil power". We saw clips of the troubles and heard of Bloody Sunday. Apparently our army have been a "pig in the middle" and we heard of the talks and peace processes which have been undertaken to reach this situation.
The marine killed in Afghanistan on Sunday has been named.
New rules for cohabitating couples in England are to be introduced which will take into account any children before financial settlements are agreed; if the couple decide to separate. We saw some adorable children in their lovely fitted pink nursery, de rigeuer in todays culture of - you can't do enough for your kids.
Forest fires in Tenerife - images of the blazing woodlands were shown

The Boy Scouts birthday jamboree again next and we saw images of the festivities. Mention was made of Prince William and the Duke of Kent who opened the event on Saturday. On a tangent, newspaceman has been thinking more about this organisation in terms of human survival in a global catastrophe. Lets say the earth is subject to a massive natural disaster and the entire infrastructure destroyed. The few remaining survivors are forced to live rough, so to speak, roaming in small groups, foraging for foodstuffs and similar. The scouts, with their basic skills of fire raising and bamboo pipe bowser construction, are sure to have a better chance of survival. Could the next Noah be a scout? Is this the beacon of light that the Duke spoke of on Saturday?
I am not sure if the next gentleman featured was ever a scout however he may well be a freemason. Alan Sugar has sold his company, Amstrad, to BskyB for 12.5 million. We saw Alan in the a clip from the TV programme the Apprentice. The cash should pay for his place on the spaceship in 2012.
Cricket followed to finish - we were invited to change channel to News 24 for further information on a jelly bean scandal.

ITN commenced their news with part of the promised paedophiles and predators series. We saw a young girl in the street with a placard hung round her neck giving her name and address details. Ambient harp music played in the background as we heard how this was an actress and her mum was on hand. However, it appears our youngsters "are doing just this" - displaying their personal details to all and sundry - online. We heard of "stalking through cyberspace", "paedophile police units" and "snippets of information". Scaremongering of the highest degree.
The rest was more of the same really, we got details of the jelly bean story - "beanz meanz runz" and a "storm in a sweetshop". 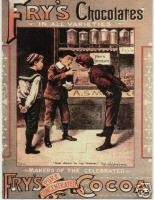 If we get caught - we'll be sent to Australia