I watched the BBC late afternoon news programme yesterday, our host was Nicholas Owen, and our leading feature the ongoing mysterious case of the McCann's and missing Maddie. It appears that yesterday the Portuguese police finally acknowledged that Madeleine may in fact be dead however we were assured that her parents and parents friends are not suspects.

We heard of further rumours - "search dogs detected the odor of a dead body" - in the families apartment, then we saw Mr & Mrs McC., attending chapel in Portugual yesterday, dressed in yellow and green t shirts and shorts. This was a special hundred days missing event. However, the police consider the family as both victims and witnesses in this case. We heard of Robert Murat and the as yet unanalysed blood samples to close. 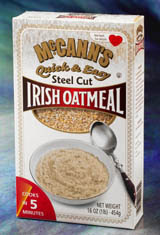 Madeleine - Stolen, quick and easy ? Oatso simple ?
Foot and Mouth - we went to Dorking, it appears that the virus has been successfully contained; we heard from farmer Paul Matthews who was relieved, then we saw some "stockbrokers" who live in the local area. They all seemed pretty chuffed as well. Debby Reynolds, chief government veterinary officer, told how we should all remain vigilent though. It is still a mystery as to how the virus escaped though.

As reported yesterday, a body found close to a railway line in Essex, is believed to be that of Natasha Coombs who went missing on July 23rd. We saw photographic images of the girl and CCTV images from the train station where she was last seen alive. For some unknown reason, the BBC showed a press conference from the end of last week, where her boyfriend tearfully pleaded for her to come home.

An unusual feature next, on how "living beside the sea does not have to cost the earth." We floated up to Bridlington for this feature and saw locals and visitors interviewed for their opinions. To close, we saw a tourist boat, called Jaws, for sale.

cheers
Posted by Newspaceman at 07:42