I skipped the BBC News last night and concentrated on the ITN News at 10.30 where matters commenced with teenage drinking, we heard from the Chief Constable of Cheshire police, Peter Fahy, who has advised that the parents should be punished if they take no action to prevent their children indulging in this practice.

It was a "stark warning" we heard and numerous images of yobbos "spurred on by drink" were shown, to remind us of the problem. Mr Fahy has advised that this is a child protection issue - it appears that often when the police return drunk children to their parents, the parents themselves are unconcerned and, furthermore, often drunk themselves. We closed with a reminder of the Warrington murder last week, involving several teenagers.

The Conservatives have announced a "raft of tax cutting proposals", we heard from John Redwood again, who suggests we look to Ireland for economic success, in particular their low taxes for businesses. We saw images of New Ireland and were asked to consider whether the same strategy would work, here in the UK. Reference was made to a Celtic Tiger and we heard the Tories had to do some number crunching.

Lord William "Bill" Deedes, once both a journalist and cabinet member has passed away, aged 94. Lady Margaret Thatcher paid tribute to him and advised he would be sorely missed.

The operators of a plastic factory, ICL, in Glasgow, which exploded three years ago, have pleaded guilty to health and safety charges. They will be sentenced later. Nine people died in the incident.

First though, three rescuers have perished, attempting to save a group of six miners who are buried in a caved in tunnel, in a mine in Utah, USA. We heard how they had died heroes however the "mountain is still alive" and there is no sign of the trapped workers. 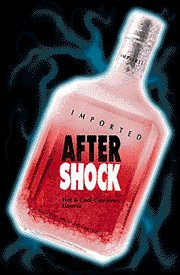 Time for the promised Hungerford story- "to remember a day that, in an ideal world, we would rather forget." Paradoxically, ITN then ran through the entire story, how the gunman holed up in a school and killed himself after killing fourteen others on 19th August 1987. We heard of a body in a car, bullets in a garden and closed by being told that locals - "dont want Hungerford to become a magnet for goulish tourism."

Bejing next, the Chinese Olympics - and again we featured the ongoing problem of air quality in the city. We heard of a car ban, even numbered number plates and the "wrong kind of pollution"

Headlines for tomorrow - speculation that Prince William is to be married ?