Our round up of the days events on the BBC News at 10 was hosted by Hugh Edwards, and we commenced with the visit of Gordon Brown to our American cousins leader, George Bush. Topics up for discussion by the pair included the future of Iraq, Darfur and terrorism. We were told that their body language was under scrutiny; however, George told us that Gordon was not the "dour, awkward, Scotsman" he had expected and we went to Nick Robinson, the BBC chief political reporter, to see what he had to say.

Nick told how this meeting should offer "more diplomatic moments than colgate moments", in reference to the first meeting between Blair and Bush - however we saw images of George driving Gordon round in circles in a golf buggy. Nothing changes. Nick discussed Iraq and al-Quaeda - we saw him asking questions at a session. It appears that Bush wishes to give the impression that "the Brits are still on my side" whilst Gordon is attempting to show the British voters that "I am a world leader but know how to keep my distance from the President you dont like". This is according to Nick.

From here, we went to Iraq, to see images of malnourished children and social deprivation, the situation has obviously got worse since we commenced the war. One in four children is malnourished and clean drinking water is scarce. We saw a typical family who slept 10 in a house, they kept their water in old barrels which had been painted bright bowser blue. We saw a typical meal being cooked on the stove - "fried bread and onions". The social breakdown has apparently been caused by a "lack of proper law and order" and not the conflict.
A feature on hostages somewhere, sorry I missed it.
Lord Sacchi has criticised David Cameron, the Conservative leader, for concentrating on branding the party rather than offering real, tangible policies which would "put money in peoples pockets." We heard how Cameron was "obsessed with public relations" and was involved in "blatent gimmickry." Mention was made of "get a peerage" although it may have been a pun on PR.
Floods here followed, water should be restored to most affected areas by Sunday, although it will still not be safe to drink. There was no mention of the hopefully mythical reports concerning individuals urinating in the bowsers.
Floods in China - their "offical state media" have advised of 600 dead. We saw clips of their television which showed a young lad being rescued from a swollen river; very similar to ours. It appears Chinese officials are blaming global warming and we cut to Bejing, where a helpful BBC reporter told us that China's problem is - "its raining, here, and in other parts of China". Talk about old rope.
Coming up - a jungle feature on Malaysia
First, the perhaps aptly named reporter, Danny Savage, travelled to the urban jungle of Manchester, for a special feature on gun crime. Matters have always been bad in this neck of the woods however they took a new low last week when there was shooting at a funeral wake. We were told of all the malarky and saw images of a funeral from last year. A map was shown, Hulme, Mosside and Chorlton are apparantly the worst areas. A DJ talked of peace and love; another of our coloured brothers talked of a "change of mindset."
Chris Langham, the potential celebrity paedophile, was at court again, day three of the trial, we heard of allegations he "groomed a girl."
Ingmar Bergman the film maker passed away, aged 89. A short clip of one of his creations was shown where a a skeleton type man stated - "I am death." then played chess. Ken Russell appeared and told of a metaphoric "swedish sauna with the door open." Black and White ?

The promised feature on Malaysia next - this concerned a jungle tribe from Penan , I think, who's home environment is at risk from global change. The global change being pressure from logging industries. Anyway, our reporter hacked his way through undergrowth in this, "a place easy to get lost in" until he luckily stumbled upon a family harvesting sagel (which I cannot find in my dictionary). For this group, "working together is the key to survival" and the "forest represts freedom."

We saw some locals interviewed and with the help of translation, they told how "the jungle is like our parent, we love it". Furthermore it is like "a supermarket, hospital and town, combined"
We were told that even though they live in a village they stil go out to hunt and gather food; images were shown of one using a blowpipe as we travelled on an unsuccessful and short hunting expedition. On the way back we stopped to sup water at a makeshift boy scout style bowser, constructed with half bamboo pipes.

We closed with consideration being given us to whether the natives should in fact "have to accept our modern world and become like everyone else." Apparently, this is "nothing to what their children face" and images of lovely little jungle-infants were shown.

I went to bed and missed ITN and the special feature this week on predators and paedophiles. I will try to catch it tonight. 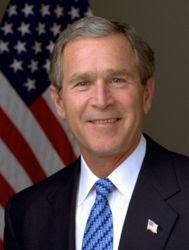 I am death
cheers

Posted by Newspaceman at 05:30

Email ThisBlogThis!Share to TwitterShare to FacebookShare to Pinterest
Labels: callard and bowser