The three soldiers killed in friendly fire in Afghanistan was the first feature covered on the BBC News at 10; Fiona Bruce was on hand to guide us throught the formalities - a hasty constructed, obviously pre-pub Friday, 3D graphic computer stimulation was utilised in order to illustrate to us how the incident had occured - and Fiona explained how it appeared a bomb had been dropped in the wrong place.

We went over there to hear of the ongoing "guerrilla" war against the Taliban, "lessons to be learned" and saw images of a previous friendly fire incident. "73 British soldiers have died in Afghanistan since 2001", we were told, no mention was made of the casualty count which I believe is horrific. This report was illustrated by lengthy night-fight scenes and the constant background sound of machine gun fire was sore on the ears.

Back to Fiona in the studio to hear "1 dozen killed in friendly fire - What can we do". We saw some more bombings, an arial view but no logical suggestions were offered. Instead, we heard of the possible causes for this last incident, perhaps mechanical failure - although it seems that Great Britian is "years away" from obtaining the most up to date war machinery. The feature closed by showing Union Jack draped coffins - our boys returning home.

We moved on to Liverpool, a 16 year old boy is being questioned over the shooting of a twelve year old. We saw images of police stop and searches - they say the "key is in the community". A Princess Di style floral tribute is under construction and we saw the victims family there, reading cards etc. The victims friends were shown as were groups of youths, clad in Nike and Reebok shell suits and sitting on BMX's - the chosen drive by vehicle employed in the murder.

A description of the suspect was issued, could be anyone really, and then we saw the police "control centre" where officers sat round computer terminals waiting for "texts" - a seemingly "anonymous" method of providing the police with information. A large in/out tray was shown, the inbox tray was piled high with fresh information and leads. It appears that, similar to Madeleine McCann, the victim was a staunch Everton fan, and, as such, the Everton captain also gave an appeal for information, dressed in his workwear. This incident has "shocked a community and torn a family apart"

We moved on slightly to discuss the "ease of obtaining guns" in the UK. Again we saw gangs of teenagers some with BMX's - others with bull terriers. A young boy told how he could hear guns firing at night. Images were shown of another dead youth - Smigger Smith and we saw internet yourtube postings of face covered gang members displaying their weapons while gangster rap played in the background.


Fiona then asked "where are they all coming from". It was guns, not smurfs she was referring to and the answer was Ireland, Bosnia and Kosovo or so we were told. Our feature closed by showing images of boys playing football and we were reminded that the police want people to come forward and that a national newspaper has offered a £100,000 reward.

Health was next and Alan Johnson, the Health Secretary, has backed plans to restructure hospital services in Manchester. We heard of the proposals - "a change of pattern of hospital services" - and heard that the Government say these changes are "for the better". Images of placard waving protestors were shown to remind us how to demonstrate and achieve very little.

Over to Greece for the forest fires, we heard of a "terrible summer" and saw images of "refugees". We heard that some had perished, "surrounded by a fast moving wall of flame" as images of burning woodland and properties were displayed.


Next on was television itself and we were advised that the number of people who "trust the television" has fallen significantly. Jeremy Paxman is up here in Edinburgh at the moment at an annual television conference and yesterday he made a speech in which he accused television of having a "systemic sickness", backed Tony Blair and Alistair Campbell in their recent statements and told of "sensation not understanding". Kelvin McKenzie from the Sun advised that Paxman suggestions were in fact "wholey uncommercial" .


Again this feature allowed the BBC to remind us of the Shilpa Shetty, Big Brother racism row, the Richard and Judy phone in scam, the Blue Peter competition scam and the Queen. Regular readers will be aware of my Shilpa Shetty, India, New World Order, Gorden Brown theory in which Shilpa represents India in celebrity terms.

While on the subject of Big Brother, at present, there are two girly-twins in the house, who are all fluffy, pink and girly. Proverbially, butter would not melt in their mouths. They are being treated as one entity and last night the other contestants appeared to vote them as "the nicest people in the house" if not if fact the world. This is how it appears to viewers or so I am reliably informed anyway. Now, if the twins win, as one individual - but two of them - what does this say about future cloning of humans or - at least - removal of undesirable genes. I hope you can follow this thinking, it is maybe a bit up and down lateral.


Next, we returned to Hull to discuss the recent flooding - the problem seemed to be that the "drains were overwhelmed." We saw some victims too.


We moved on to stock markets and heard from Evan Davies, the political editor, who again ran through the American sub prime lending market and the reasons for the recent crash. For probably the most honest, accurate and intelligent article I have read on this, I would ask readers to read this if they are inclined. http://www.bbc.co.uk/blogs/thereporters/robertpeston/ . Liars Loans.


Last up was a curious feature on an American family who have been ravaged by war, in fact two of the three sons are now dead. I am sure that they have maybe been on before, their surname is Hubbard as in Old Mother. Anway we heard how that "prompted by 9/11", the oldest son, Gerrard, had joined the US forces and then was killed in action. His brothers, Nathan and Jason ahd also joined, Nathan was now also dead and now Jason was coming home after witnessing the incident.


This family tragedy was compared to the film Private Ryan, which I have never seen so cannot comment. Is it just coincidence that we see a story of American suffering, the same day as the friendly fire incident ? 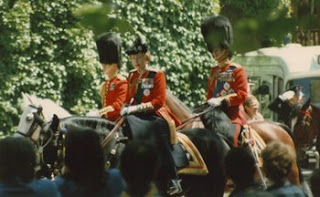 Do you wanna be in my gang ?

Re: FB at AR - if I remeber that ev'so intr[ested voice ah 'magine shi'l be a whix wi' the old ladies.
Och that's a lovely wee thing .what is it?
Its my grampas penis inpickle
OoooH that's lovely . Is your Grampsa still alive?
Yes, but he's a woman now
Ooooooh , that's wonderful
etc etc , she always came across as sympathetic