It was Fiona Bruce again hosting the BBC News at 10, our leading story was breaking news - an eleven year old boy, shot in the head, in a public house car park, in Liverpool. We cut to an on-the-spot reporter who told us the basic details however there didnt really seem to be much to say.

We heard of three boys playing football and a hooded youth on a BMX bicycle. It was still unclear whether the weapon employed was an air rifle or an actual gun, however we heard that there "had been gang violence in Liverpool recently although not nearly as much as in London or Manchester." We were reminded once again about gangs, gangster rap and postcode gangs, MK41 and MK42 were given as examples. Furthermore, this is an "intractable problem."

Coincidentally, David Cameron, the Conservative party leader, had yesterday spoken out about a "crisis of law and order" and this was the next subject discussed. We saw images of a police car being stoned as we heard of "large groups of teenagers gathering and causing trouble." David seems to think that a way to resolve this anti social behaviour would be to revoke the driving licences of the individuals involved and we saw this proposal put to a young scally-type chap. He seemed to have a bit more common sense that DC as he pointed out that they would just drive anyway. We closed by hearing that "in some parts of Britain, youth crime is out of control" and we saw the car being stoned again.

Iraq next as we heard of American accusations that "Britain is not doing the business" in Basra and it appears the surge could be considered a failure. We heard of concerns, a reduction in forces, special op forces, Iraqi forces, conventional forces and a stretched army. However it appears that we are "very nearly there."

Continuing with Iraq and the Americans, we moved on to George Bush. He has given a speech stating that pulling troops out would be "a catastrophe" and has drawn comparisons with the Vietnam war, mention being given to boat people and re-education camps. He told how "this enemy would follow us home" before images of Saigon were shown and we heard of "mixed conclusions", "supporting troops and commanders" and "giving them everything they need."

We closed by being told of a potential - "green, pleasant and peaceful land."

Gordon Brown followed, he has apparantly rebuffed a referendum on the EU treaty, however our main story seemed to be that he was attending the friendly football match, between England and Germany, along with German Chancellor, Angela Merkel - in order that the two them "could get to know each other better." We saw Brown interviewed.

3 men arrested in connection with the murder of the Hells Angel on the M40.

It seems that more and more people are leaving this country for whatever reason, in fact last year saw the "largest number leave since records began" - an astounding "sixteen years ago". Consideration was given to the reasons for this, could it be the "terrible weather." No one seemed to know. Notwithstanding this, "Where are they all going?" we were asked to ponder; Australia, Spain and USA were given as possibilities. As example, we saw a typical family who had moved Down Under - the laid back Marleys - and Mrs M spoke of better weather. It appears though that the UK population is still growing.

Football next, England beaten by Germany in the aformentioned friendly match.

Vegetables next, we crossed to Kenya to see natives working in the fields in the "fastest growing sector" of their economy. What seems to be happening though is that the produce is being flown back here to the UK, for our consumption and this contributes to greenhouse gas and, seemingly therefore, to climate change. We saw a plate of greens, some beans and some public to close. Soon, our genetically created super-vegetables will be grown by hydroponic methods in large multi level, city based warehouses. Will they still be vegetables though, as we know them ?


That was about it, we went back to Liverpool for an update - no more news. 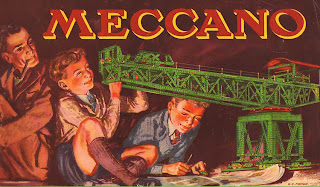 Enjoyed the long comment, replying to F23. I found that the news in the UK grinds one down, see the phrases that you've put in quote marks. Sometimes I forget what the story's about due to the special phrases and voice intonation.
As for a purposeful conspiracy, I don't know.
Though I feel that many people feed off the news and TV, it gives them something to react against, talk about [at work with Radio Repetition blaring], something to finally conquer , phew and then everything'll be alright. With such concerned psyches these media-news careers draw the concerned who then up the rate of such stories. nevertheless there is a simplistic attitude to all this and thus problem-solving is not their problem. News evolves ad-style into attention grabbers.
Perversely the idea of investigative reporting over such cases as BAE, 911, MM , David Kelly etc is seen as conspiracy theory, or becomes so twisted its nigh on impossible to make head nor tail of its twists and turns.
Neverthless the corporate structures do tend to use the News as a way of pre-programming viewers.
The Kenya story is a great example.
Notwithstanding that the Supermarkets undercut British farmers by importing foreign veg, and no doubt having some connection to the farms abroad and the transport of said goods.
In Critical Path by RBF he wrote something like the following:
Talking about the evolution of weapons he predicted that eventually a weapon will exist that travels at 700,000 mph , will be weightless and invisible.
A few pages later talking about something else he mentions that the World News travels on waves at 700.000mph
I'll try to get the exact quotes
There is a hallmark, but 2 are difficult to read. its ENS + 4 marks. I'll get a pic.
And I agree with Tod, yours is a valuable resource as essentially its real reporting, objective but with suggestive comments that make one laugh.

Hiya afferismoon, the bits in quote marks are always actual quotes, I might get a word or two wrong, but try not to. It is the sort of thing one could be caught out on and this would leave one wide open to criticism.

I feel that your first paragraph somehow sums up my theories quite well - "see the phrases that you've put in quote marks. Sometimes I forget what the story's about due to the special phrases and voice intonation."

Is that maybe not the intention.

Again, I would draw example from a recent story, Tuesday I think, where we saw - coming up, an SS warchild, images shown - then immediately cut to a story about East European immigrants to GB; where we were told of a "sley of statistics" - a surely out of place adjective.

I can understand why people would think I have perhaps lost my mind slightly - but is this linking of stories honestly random.

I would also draw attention to a performer - Derren Brown - who uses various subliminal methods to condition peoples thinking and behaviour. Once you have seen the very basic techniques he utilises, and he normally does explain how - you become aware of just how open to conditioning people are.

If we go on the basis that RBF was correct in his prediction - then that is no bad thing. At least both sides are similarly armed.

I missed the news last night and now feel even more guilty. I am glad it makes you laugh, that is the intention to a certain extent - but also I hope that maybe more people start thinking when they are watching - although it is difficult. Maybe that is the nature of the beast - look at a child at a TV screen.

Sorry, forgot to say that if the human race is under constant fear (of whatever), then this causes a flocking behaviour - in behaviour patterns anyway. This has been noted in crowds, mobs etc, where the individual loses his own identity and becomes part of a collective crowd thinking.

Lets says that maybe this also happen to our own minds. We watch the news, become irrationally anxious and, as such, are more conditioned to "think along with the crowd".

Well perhaps this intuits the recent illease at blogs, as essentially people are writing individual observations.
I sometimes wonder if we become anxious at the choice of vocab and syntax and the trained voice [ see intonation]
have seen Derran Brown, watch quite a variety of internet stuff too, as of course I can't understand the news in this country, thus no Tv, and individual as poss programming [ incl. watching abject shite]
one thing that rewoke me was the brillaince of both a global warming is true and GW is false docus. I 'believed' both.

Fiona is a past mistress at the art of tonal/vocal suggestion.

Again, speculation, but when we see F on the Antiques Roadshow with tangible, actual antiques, will that somehow reinforce our minds opinion of her (and her maybe unconscious-to-us suggestions) - ie old, trusted, valued - part of the backbone of our culture and society. Therefore, our "inbuilt and consciously forgotten memories" of what she historically said on the news will somehow become more real/truthful/actual.

I hope you follow this because it is the "backbone" of my very unproved theory. A big conditional mind linked matrix, created especially for us.