My apologies for missing the last two evening's news reports, I can only blame this on tiredness and lack of time, this may all become clearer towards the end of next month, I can say no more at present. This is also an opportune time for me to advise that I shall be holidaying next week, firstly taking in the Connect music festival and then relaxing in the West Highlands of Scotland for the remainder. If time and technology allows, I may be able to write something - however that remains to seen and newspaceman never offers a guarantee. However, I hope any regular readers will bare with me through these days of sparse offerings and thank you in anticipation.

It was Huw Edwards back in the hosts chair on the BBC News at 10, our leading feature being that of our prison officers wildcat strike. 20,000 have walked out their positions in an unofficial action, called by their union, the Prison Officers Association, and this has forced the Prison Service to obtain a High Court injunction in order to legally force them back to work.

We went to Wormwood Scrubbs to see some officers who had taken part in the action - leaving "inmates, languishing in their cells." We heard of poor pay and frustration - images were shown of visitors who had made a wasted journey. Jack Straw, our Justice secretary, spoke of accepting orders - we saw a union official speaking - "tell them to shove it up their arse" was his warcry.

Back to the studio, where Hugh filled us in with the pay deal offered; 2.5%, 1.5% now, the other 1% later on, which actually equates to less than 2% over the year. It appears that the police get "much more" and to close we heard of overcrowding and pressure.

"A three year old girl found alive at the scene of a triple murder" was next up as we travelled to Bishop's Stortford to hear more. Three males, aged 17, 33 & 52 were found dead, two women aged 23 and 54 were seriously injured, the child was left unharmed. We heard from a neighbour who spoke of a car screeching away - police have advised that this was a "targeted incident" and are looking for two Asian men and a red car.

David Cameron followed, he has outlined a "tougher approach to immigration" and yet again glorified the benefits of the family for today's midden-like society. Reporter Guto Harri was on hand from Westminster to discuss this further and we heard of the "far right" as Cameron waxed lyrical over his passion for family and marriage, and his opinion that it is "vital" for a structured, balanced society. We closed this feature by being told that if we wanted a "more rounded picture" of this story, we should watch Newsnight on BBC2, later on in the evening.

"Radical" Shia cleric, Moqtata Sadr, has announced a six month suspension on military operations by his Mehdi Army in Iraq, we heard the usual stories of sectarian violence and Basra.

Across to Afghanistan where we heard that Taleban rebels have released 12 more of the South Korean individuals who have been held hostage since July. 7 are still held, 2 have been killed. It appears that a "huge amount of money changed hands" in order that this could happen although no actual figures were provided. An update was provided on the current situation - "battles all over", however it appears that we (?) are still "winning people over." To illustrate this and to close, we saw a new school - "built with British money" - and heard from some pupils in regard to their career aspirations - "an engineer" said one.

Back to Britain and a subject close to the majorities hearts, house prices. Firstly we were told they were falling then we heard of last years rises, 9%. Back to falling though, the West Midlands and Wales have reported a fall, but somehow Wales seemed to have both rises and falls. This was all somehow explained by the statement "averages, they tell you nothing" before we heard of "expanding consumer belts" and, yet again, slowing housing growth. To finish, we were reminded of the American sub prime market and its potentially dire global economic consequence.

A man has been tarred and feathered in Belfast; we saw images of the individual, it was not very pretty, in fact a bit disturbing, maybe that was the intention? It appears that the gentleman concerned was a drugs dealer and that this act may have been carried out by "left over paramilitaries looking to find a post conflict niche." We cut to new Ireland, the tourists, the architecture etc. Is this supposed to be telling us something about other ongoing conflicts ?


Princess Diana followed as the results of some sort of a survey were announced - 50% of people say that the public outpouring of grief after her death was "about right", 37% say it was "probably too much". Furthermore, a half said that Camilla should not go to PD's thanksgiving service, a third "thought she should". We then heard consideration as to whether individuals were "seized by a mass hysteria" at the time of her death - no real answers were given - although we saw countless images of floral tribute laying and mass outpourings of emotional grief.

Talk was then of "New Britain", a "mad, media-driven world" before a "loyalist royalist" Diana-worshipper was interviewed, telling of the "majic (sic) about her." We somehow moved on to the moon, I honestly am not sure how, however we heard of Di's "compassion and inclusiveness", the talk was of how she was different from the rest of the Royal Family and that was why the public had taken to her so well. This line continued in a similar vein , words such as "love", "values", "feel" and "express" ran alongside the phrases "what else besides compassion" and "speak to hearts."


If Di was still here, she would have been most interested in the next story, concerning cheap supermarket school uniforms for under £10, and the possibility that these were produced in thirld world sweat shops conditions where "workers are exploited." Adverts from supermarkets were shown, obviously containing an abundance of images of adorable uniform wearing infants before we went to Banglasdesh, I think, to see a typical sweat shop working mother, Mrs Soya, (phonetic spelling) who worked for beans making blazers. To conclude, we saw a supermarket spokesman who rejected the claims.

Athletics and Christine Ohuruogu has won a gold medal in Japan , however our attention was drawn to the fact she missed a couple of drugs tests recently.


Last up was Nelson Mandela, a new statue has been unveiled in London and Gordon Brown told how Nelson was "one of the most courageous people of all time", quite a sweeping statement I thought, given our ancient world history. Images of the ceremony were shown with crowds of people "some with tears in their eyes" watching as this representational "beacon of hope" was unmasked. Mandela apparently chose the statue himself, where from was not advised, but we saw the great man give a speech as we heard of "the most revered man on Earth" and again, Diana-like adjectives were in great abundance - "human", "ordinary" and "pleasant". 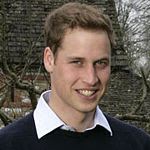 Posted by Newspaceman at 05:50

Have a wonderful Holiday...You earned it!

Scotland would be divine if you ask me. Never been across the ocean, and I am a Campbell after all...