We commenced with the ongoing story of the shooting of 11 year old Rhys Jones in Liverpool last week on the afternoon BBC News. A "minute of applause" was held at his, and Madeleine McCann's, beloved Everton's Goodison Park football stadium and images were shown of this emotional and tearful tribute.

It appears that "significant developments" have occured with the police enquiry, six arrested incuding two teenage girls. A nineteen year old man was injured, attempting to evade capture. Police have asked a women seen pushing a pram close by to the murder scene to come forward. Images of the boy were shown - "he was in the wrong place at the wrong time."

We saw the floral shrine - "as the flowers mount up" and heard of police attempts to reclaim the streets, "a wall of silence" and a "victim of circumstance." The police have imposed stop and search powers, apparently this is "reasuring a community."

Over to Greece for the forest fires, "Black Saturday" and a "state of emergency." We saw some bewildered and distraught victims, one old man told how his wife was still missing. "Charred corpses" are preventing victim identification. Images of blazing woodland and destruction were abundant.

A man with learning difficulties who was seriously assaulted on Thursday has died in hospital. Brent Martin was the victim of a "prelonged and frenzied attack" and we heard of the resulting police investigation.

The military victims of the friendly fire incident in Afghanistan were named and their images shown. Again, we were bombarded with images of war, fighter jets etc., etc. Again we were asked to consider "what happened". No one knows.

A short feature on India followed - sorry I missed it.

We closed with football and rugby - lengthy reports on each. 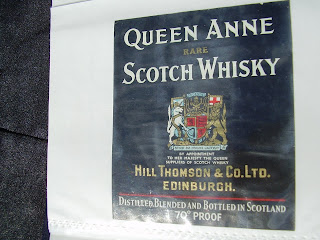 Posted by Newspaceman at 08:55