An apology is required before I even begin this morning. Last night, on retiring to bed at the alloted 10pm, I attempted to remove a long football sock in a body arch, pull and release routine. Unfortunately, the sock got stuck at the ankle and my top left stomach muscle cramped, leaving me in some discomfort for a time. As such, I was forced to only take sub headings for some reports and do not have the usual wealth of material to select from.

Nevertheless, we commenced with Fiona Bruce, our leading top story being that of further global stock markets falls. The cause was proclaimed as being America, again we heard of their seemingly shady sub-prime lending market and its knock on effect. A money broker of some description told how the market had changed from one of "greed and optimism" to that of "negative feelings." Thus implying greed is postitive ?

A quick economics lesson was in order as we heard of Bull and Bear markets and the UK housing boom. We heard from a US industrial banker who told "the sky has not fallen in yet." Chicken Licken is everywhere nowadays.

Peru - massive earthquake, size 8 magnitude has hit Peru. We saw many images of the destruction and the human suffering. George Bushie told a tail of how "he would help if it was needed." He is crafty, the old fox.

North Iraq and and update on the al-Quaeda blamed bombing of the Yazidi tribe villages. I received a comment yesterday and had a look at history of the religion on Wikipedia, it is very interesting and makes one wonder. Furthermore, and I did not realise this, a few weeks ago, on ITN news, we were shown a mobile phone video recording of a young Kurdish lady being kicked to death by a baying mob, it was quite shocking and I felt slightly uncalled for, this was in fact a Yazidi village. If my fragile memory serves me correctly, I am sure that one of the recent so called honour killings also involved a Yazidi member. It makes one think.

Inflation in Zimbabwe - We heard of the sorry state of affairs again, images of Mugabe were shown, arriving last for a photo shoot with some other African leaders.

Education - record A grades have been achieved in A level exams, something like 25%. I am sure that when I sat my exams, it was deemed that all the papers were marked, and then the top 12% got an A, 18% a B, 20% a C. That was in Scotland though.

An on-the-run sex offender has handed himself in in England.

Sport followed, we heard of an up and coming British basketball player and our hopes for the 2012 Olympics.

To close, Elvis Presley, the 30th anniversary of his death, 70,000 individuals at Graceland. 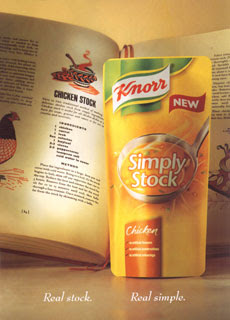 Pea and Ham from a chicken; bullshit from a bear

cheers
Posted by Newspaceman at 06:48

Fine article despite your groin strain or stomach injury. If you were a rich footballer you get someone to take the socks off for you, like your trainer.
Will check this Yazidi news.
I always remember the posters in the 70's on many a bus-stop, relating to the WW2 Death-camp ethnic cleansing business: Never again
Now we've managed to describe it as ethnic-cleansing instead of the old standard 'killing'. This is so children don't get worried about hearing it on the news. They can just link it with facial cleansing cream or cleansing process [ there's a positive one].
In a chilling dictionary entry I find that Ethnic = neither Christian or Jewish, from Greek 'ethnikos' = heathen, nation
So technically ................ !
Sparta Praha got their strip from Arsenal's original strip, a crimson affair, and Rosicky played for them , his 1st club.
All the best

Aferris, I wish to clarify matters here, as it appears I may have given the wrong impression.

The football socks are insect related, - they help keep out the nasty biters on my excursions.

I did support Hibernian (and still follow them) but things change.

I appreciate you comments,

A fine idea, i imagine you striding across the heather in Hibs socks and plus fours beating the wee insect throng with a mighty golf club, shouting ' Bloody Fiona Bruce '
The 'rich footballer' bit and the previous is only my imagination at work.
You'll have to fill me in an the MM 108 - Is that days since the abduction?
M in the Hebrew number system = 40 [ x2 = 80]
I follow Liverpool
Ciao 4 now

Hiya Ferrismoon, yes 108 days since abduction. Fiona is leaving the news I believe, and will be appearing as hostess of the antiques roadshow.

You may not believe this, but I feel there are a lot of synconicities in the AR. Often, the antiques selected seem to fit in quite well with current happenings in the world. Cutty Sark was featured in the repeats, just after the fire, for example.

I intend studying it next series but, additionally, I actually appeared on the show last year, standing in the queue, clutching a bag of, at that stage, potentially valuable antiquities. It showed me just how bogus television actually was, if nothing else.

Anyhow, weather terrible up here, constant rain. Skipped news last night, had a pleasurable evening, opening and photographing some of the ashtray collection. Should have done it before but..

The Foxes paperweight has turned up, I shall post a photo of it later today. Picked up an old enamel sign yesterday for a fiver, Parker Rapide Vibrating Screen, Frederick Parker, Leicester.

I have a soft spot for Liverpool and their Lowie clad scallies.

I shall have a look round the bazars here that are full of antiquaria.
I always enjoyed the AR
Weather's great here
i see the Princess of norway has opened her Angel School, to clamours of protest
She said she was glad not to have been born 200 years ago, burned at the stake and all that
Better she start a PR Agency , burn others at the stake
Goalless draw but apparently a real humdinger