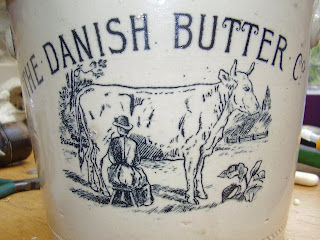 We commenced with the fresh outbreak of foot and mouth disease on the BBC early evening news yesterday and were treated to the before and after helicopter images of sixty potentially diseased cattle penned in together - then shown slaughtered, still cramped in the same pen. We were advised that this was a humane method of destruction, killing captive animals one by one, while they wait, one would imagine terrified.

From the studio it was over to Jeremy, the on the spot reporter at Waborough, who stood beside a police roadblock and told very little. Images of some other cows, still alive, in a field were shown, so we could see that cows do indeed have a not bad life. A farmer, Bob Dearly, was interviewed (for bob read shilling, for dearly read expensive) who, in true countryman parlance, told how the outbreak was not far from his farm - "as the crow flies". He also spoke of his fears of "changing winds"

We headed down to London to see Gordon - "working night and day" - Brown, who has organised another Cobra meeting. An arial map was displayed, showing a 3km radius protection zone and a 10km surveillance zone, apparantly the "eyes of the entire rural community" are on this and we cut to the edge of the zone where a home made sign warned of foot and mouth and asked vistors to wash their wellies in a bowser blue plastic tub.

It was time for some science and we were treated to an image of a blue and green cellular structure which was the virus close up. We heard details of transmission and incubation. A lady from Defra told how it was too soon to say what had caused this new outbreak. "Is meat safe to eat?", yes was the answer but we were warned that milk and meat prices would go up whilst mention was made of the recent flooding.

We went back to Jeremy to ask the question "Where did it come from?" The possibilities seemed to be illegal movement of animals, an escapee from a nearby science lab or that it had been deliberately released. No one really knew yet.

Madeleine McCann was back as "the key suspect's house was searched" by the police, including two from the UK. Images of the home and it's "extensive grounds - thick with vegetation" were shown and we saw Robert Murat, the aforementioned suspect, frantically smoking a cigarette, very similar to the images of Langham, the celebrity paedophile, as reported in last weeks newspaceman.

Teenage youth worker shot dead in London. A drive by on a scooter.

To close was a long feature on the Nasa spacecraft, Phoenix, which yesterday blasted off from Cape Canavarel - destination planet Mars. We heard how the mission would take 9 months and were shown images of a robotic arm scratching at the ground. This mission will help us discover if there was a "previous Genesis on Mars" and a scientist chap spoke of how we "could all be Martians.". Soon we hope to send humans back there. 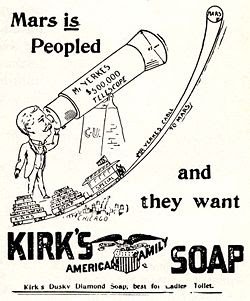 cheers
Posted by Newspaceman at 09:32

Ahhh, a new food-is-dangerous story again and thus the price increases. Cows in disguise sneaking around the countryside. No doubt farmers have realised what bankers have known for a long while, spread panic make a profit. This acts as a complement to religion's create a prophet, spread panic.
Since when has killing been humane, unless humane means expediency now.
The Honey produced in the City story was in the Guardian 2 section round about the middle of July. Perhaps the young man in the article might be persuaded to open cattle-farms on London's rooftops.
Cheers for the numbering [ 47 ] leads.
Enjoy the week ahead