The Role of Television and Celebrity in Mass Manipulation 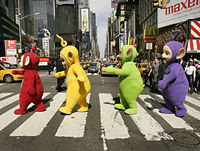 Today, as regular readers of my column will note, I missed my review of the late evening news television news programmes. If the truth be told, after only a month of reviewing, the newspaceman decided to take a small break in order to review where he had got to.


What has struck me most, is the actual quantity of information, verbal, visual, oral and perhaps subliminal which is being outputed in a half an hour news programme. Over the last month a large percentage of broadcast time has been spent on Madeleine McCann, the "wars" in Iraq, Palestine and politics in its numerous guises. During war features, we are bombarded with images of death and destruction. I wish to focus on the Madeleine case and how this has been cunningly used to create a perception and create fear.

The McCann story has raised the emotions of the parenting public and this has been cleverly crafted by the media to create, in this instance, a "collective madieness". This "madieness", or MDN, is in fact a viral mental disease which is capable of altering logical human thinking, reasoning, rationality and, in extreme cases, behaviour. This condition initially targets individuals on a personal basis, however, specific strains are cunningly mutated by the media and then released where they transmit rapidly through our society. One of the first manifestions of MDN in terms of actual human behaviour on a collective basis was with the tragic death of the late Lady Diana Spencer. We saw ladies and children laying flowers, teddies and messages of condolence via our television set and this encouraged others to "make the pilgrimage" and follow this abnormal behaviour pattern. Yet the majority seemed to see nothing wrong with acting in this manner. Television is the vector or carrier of this mental disease.

If we follow this way of thinking then surely we must see that the television has influence over our thinking as individuals. So, could it not be said that a lot of crime and criminal behaviour is in fact an individual act which is caused, whether entirely or in part, by exposure to images of war, criminal and violent behaviour etc., through the medium of television. Obviously, if the influence was unconcious, it would never be known. Yet this potential adverse unconscious effect is never discussed.

The tellytubbies, stars of Cbeebies the BBC childrens TV channel, were in the news this week. This was due to the fact that one of them carries a handbag and the fear is that he is portraying androgyny. This was pounced on by our media and openly ridiculed. What was not discussed though was the very fact that the tellytubbies talk through television sets, set in their stomachs. This concept of a television within a television is used quite frequently in the news. A feature will be shown in which individuals, are themselves, watching a television. When vote results are being announced in our elections, the presenters treat the "big screen" as if it was deciding the result and not simply for display purposes. Again this week, we were advised that there were to be no big screens for the ticketless Liverpool fans who were in Athens for the cup final. The implication being that big screens were de rigour at any large sporting or public event.

So I am now led to believe that the media is actively and intentionally responsible for the current malaise and fear which is rife throughout our "civilised world". Worryingly, the vast majority of our children and indeed ourselves have had constant television throughout our lives. I would suggest that for those born in the late sixties and onwards, it has been an integral part of our culture.

What is worrying is that we all have underestimated its influence over our thinking, culture and behaviour. It is the supreme tool of communication, both visual and oral. We locate it within our own homes, it is "part of the family". Dear readers, the television is the black sheep of your family, the real hidden enemy within our culture.

Once we start to analyse television and celebrities in particular then I can highlight how a particular celebrity may be used to promote a certain lifestyle or culture. If we look at the career of " crude, camp comic" Graham Norton we see a recurring theme similar to that of the tellytubbies - androgyny. Now, Norton received his big television breakthrough playing the role of father Noel Furlong in the comedy series Father Ted, http://en.wikipedia.org/wiki/Father_Ted#Noel_Furlong. In this very programme, the highlight was his rendition of Bohemian Rhapsody, a song originally sung by Freddie Mercury, another man with confused sexuality.

At present, we see him hosting the Biblical mockery Any Dream will Do, a show in which 10 malecontestants compete to play Joseph in an Andrew Lloyd Webber musical. I have suffered ten minutes of this show in which of the contestants appear to be girly boys, in the manner of David Beckham. Each is dressed in a different pastel shade and have no hesitation in openly hugging each other and weeping with joy at being "saved". I discussed this early on in my "career" as newspaceman. For a more in depth description of the show, see here http://en.wikipedia.org/wiki/Any_Dream_Will_Do_(TV_series)

So, our minds could be said to associate Norton with androgen and crude sexual "humour". Yet, now we also associate him with the Biblical story of Joseph and his dreams. However, could this maybe lead us to question Joseph's sexuality, perhaps unconsciously, as being potentially androdgynous and, furthermore, do we somehow link Norton to religion, especially given his Father Ted role. Leading on from this, if we see Norton in other roles in the future, will we somehow link all his previous shows within our minds and thus again influence our own thinking. Staying with Norton, we saw him on the national news only two weeks ago where he was hosting the television Bafta awards. He arrived in a Ford Capri, the underlying theme being the TV show Life on Mars, which depicts policemen from the 1970's when homosexuality was still kept in the closet.

So we could read a subliminal message into all this, that, back in the 70's, life and the police were tough and our society was "less tolerant" towards minorities almost in the same manner as that of Joseph's brothers in the Biblical tale. Nowadays, we embrace outsiders (Norton/Joseph) and welcome all to our society. Norton is in fact hosting the TV awards which again bolsters our unconscious image of him, putting him to the very top of the proverbial TV tree. Again, we could perhaps link this to religion , the fairy at the top of the tree, Christmas time, birth of Jesus.Also, when I hear the word Norton, I think of a motorcycle. Yet Norton was born with the name Graham Walker. Does this tell us something. It might tell our children something because, frightingly, Norton in fact has been known to read stories on the aforementioned BBC childrens television channel Cbeebies as part of their Bedtime Hour.

Moving back to the McCanns, they have become "celebrities" within their own right. Yet, every time we see them in the future we will think of child abduction. If they appear say on Richard and Judy, then next time we see R&J we will again remember the McCanns. This is again how the MDN virus reinforces and transmits itself, through "unconscious celebrity reinforcement". Almost, like a giant game of celebrity squares, we are linking all the different personaltities to the concepts and archtypes contained within our unconscious minds. As we saw, even "celebrities" themselves are not immune from MDN, hence we see messrs Beckham and Ronaldo genuinely believing that a plea from themselves will somehow find missing Madeleine. And the very fact that we watch them doing so again adds to our conditioning ; we begin to believe that they might actually help which, logically, is nonsensical.

So readers, here is my worries. We have allowed "the television" to create the very world and society we live in. The problem appears to be that the television does not have humanity's best interests at heart in fact, its motives seem almost as poison in the side of concepts such as freedom, peace and love. It feeds and baits the "reptilian" side of our personalities, the cold blooded side, that enjoys watching violence, crime, sex, rape, the side we try to deny in todays world and this manifests itself within the downward moral spiral of todays world. It uses fear to crush and supress any "human" emotions we may foster.

Furthermore, the television is embedded in our culture. It has replaced the fire as the object we sit around. And whilst in the fire angels and faeries danced just above the flames, today we have television, showing vile images, conditioning our collective moral and standards whilst waiting for the moment to turn our emotions into rage and hence restructure our society to the parameters they desire. Remember it is the television which has created the "world" we live in. You may find that hard to stomach but look at your houses, the decoration, your garden etc, everything, everything has been influenced by the box in the corner.

Who is behind this vast and evil manipulation ? I do not know. We can theorise and question but all the time we waste doing this we become closer to a seemingly inevitable and tragic conclusion.
Simply watch and learn for they are operating in full visibility in front of you.

All the world is a stage

For more on "coincidences" and "syncronicities" within our modern media world, I suggest you look no further than http://www.the-daily-behemoth.blogspot.com/ .

Posted by Newspaceman at 11:21

I haven't watched any (live) television for well over a year now (although I will happily admit to downloading my few favourite shows and films) and have lost all need to participate in the whole 'reality circus/we're all in it together/let's talk about it at work the next day' syndrome.

I'm glad I'm not tuning in at the same time as millions of others to watch the same 'programming'. The annual 'Big Brother' circus has just started again in the UK I'm told, (& how much more blatant does the mindwash programming get?) - and again I'm going to be in the position I equate to talking to folks who may as well be in a coma ward, such is their devotion to said show. Oh dear.

Still someone's got to watch the watchers & what they're watching, so good luck to you matey.

Thanks very much. I have written a wee bit about big brother which echoes your sentiments.