We were still on FLOOD CRISIS with the BBC News at 10 last night; as such we commenced our voyage in Gloucester where the main topic was water. No longer is the flood water the issue it seems, instead we have turned to drinking water or rather the perceived lack of it.
Images were shown of a supermarket car park where free bottled water was being distributed by the authorities. Unfortunately for our reporter, there were no huge queues or signs of civil unrest so he chose to question whether people were exceeding their quota of one pack per household. We saw a respectable lady putting two cases in her car boot, she advised that one was for her daughter's family. We then saw a gentleman of Asian descent; he was loading five or six cases into a jeep. When questioned by the journalist, he attempted to respond but the jeep drove away, so we never got to hear his side of the story and were left to make up our own mind.
Consideration was given to how close we had come to an even worse senario; Brigadeer Jackson, who heads the flood defence team said that about 6 inches more water level - 500,000 houses would have lost electrical power. We drifted on - a couple with a lovely baby were shown, using old bathwater to flush the toilet. We went out with the army, BBC reporter Rajesh Mirchenadi and a police escort to deliver water; "vital supplies", in this instance to another old peoples home. Off to suburbia next where locals formed a human chain to pass single bottles down.
A cleverly constructed computer graphic 3D diagram appeared on screen. This showed a mock up of some hills and high ground with a river running through the middle. We were told how the water gathered in the hills, like Taliban, before unleashing itself on the flood defenceless towns, further down the valley. 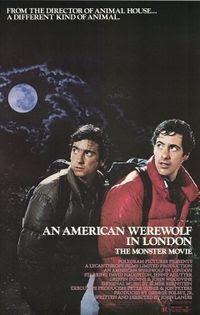 Stay on the path, dont stray on the hills

"Isle of Tukesbury" was our next port of call, - "Britain's newest island community." Here we saw a man who had rigged up a winch to get in and out his flat, he didnt seem particularly amused at our intrepid reporters nonsensical questions. We saw some more light hearted locals who joked about coming from the mainland. Then we saw a black man who was working in a shop, he said that in "the five years I have been here, I have never seen anything like it".
It was time for Nick Robinson, the BBC chief political persuader who told how lucky we were that Wallam power station had not succumbed to the water. Priviliged Nick had managed to gain a private audience with Gordon Brown and we watched them strolling round number 10 before sharing a cosy fireside chat where Gordon confided that he had been working till midnight the previous night until he had heard that the waters were receding and had only then himself receded to bed. We saw images from the 9am cabinet meeting held yesterday morning, the concerned politicians, looking serious, talked water tactics. At some point in this feature we saw Gordon at his own book launch - Ordinary Heroes, out today.
Again this all went on for rather too long and we ventured into the possibilities for cause and potential financial cost although the answers provided were "guesses at the moment." It was time to dock for the "rest of the days news".
Railways - talk of expansion, better services etc. Again, this was a theoretical proposition.
David Cameron in Rwanda followed, he again defended his visit in light of the floods and stated that our world is global now and that we "are all in this together". We saw images of him socialising and speaking.
Another side of Africa now and we saw President Mugabe of Zimbabwe who is accusing the UK of attempting to impose illegal regime change. Images of his troops marching were shown and we were told how he is "not short of extravagance" while his people are starving. Images of people queuing for food were shown and we heard of monstrous inflation rates. This is "a land devoid of hope"
Chris Langham, a comedy writer/actor, is currently defending paedophile allegations in court in London. Another comedy celebrity, Paul Whitehouse, yesterday gave evidence. We saw Mr Langham arriving at court.
Time for a final flood update - a speeded up CCTV image of a flood actually taking place in a car park was shown and then we saw a devastated book factory, already the staff are clearing up and we heard of their "team spirit"
Last, but not least, the Queen has released a statement advising she is "deeply concerned" about the flooding. 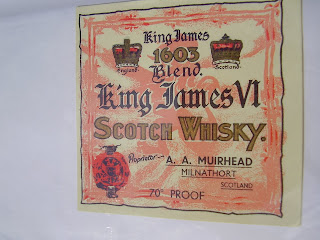 Make mine a deep one

cheers
Posted by Newspaceman at 06:47