It was Fiona Bruce in the studio last night on the BBC News at 10, however we went straight to the chief political editor, Nick Robinson, for some breaking news over the ongoing "cash for honours" police investigation into political corruption.

According to Nick, there were three main players who potentially faced criminal charges in this instance. These were Lord Levy, Ruth Turner and Sir Christopher Evans. However there is not enough evidence to bring any of these characters to trial and so that seems about that. However Nick advised us that this whole furore was one of the reasons that Tony Blair resigned his position and therefore Tony and his supporters are likely to feel hard done by. Furthermore, this could be considered a trial by media.

Crime next and we are told that this is at a historically low level. Consideration was given to gun crime and we saw some coloured locals from Soho who were organising a hip-hop opera, to keep the youth off the streets. We saw an old lady, Isobel Kelly, who told us how scared she was of going out and then we saw a black - both in skin colouring and clothing - rapper style gentleman, who attempted to explain his circumstances in a ghetto-street language. I am not sure what his point was; if he indeed had one.

The BBC's point seemed to be that gun crimes etc were more or less confined to various sections of London and the Liverpool-Manchester corridor. It was almost implied that these could be considered black people crimes. We saw some white lawbreakers who were involved in a drunken, street-fight outside a tube station and we heard of a new Crime Reduction Board which is to be set up by our authorities. It seems that the media can again be held responsible for our perceived fear of crime and actually things are better than we imagine.


Jacqui Smith, our Home Secretary followed, and she has admitted smoking cannabis at University. Nick Robinson was back again for this feature and he told how another 6 of the Cabinet swiftly put their hands up to the same offence. An interview with Jacqui was shown and she advised that she "was telling the truth to a question she had been asked". We were reminded of David Cameron's evasive answers when he was asked a similar question.

Nick ran down the drug classification order for us again, Class A - eg. heroin, Class B - eg. amphetamine, Class C - eg. steroids and told us again for the plans to reclassify cannabis up to a B. No mention was made of alcohol or the real reasons for drug abuse. 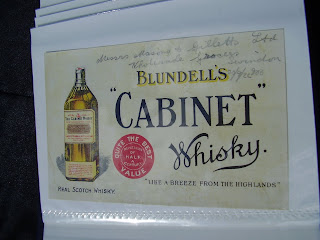 Dr Asher, one of the suspects in the recent terrorist bombings, has been charged. Images of the doctor and the burning car were shown.


Over to Russia where four of our diplomats have been expelled in the ongoing saga over Litvanenko. They were declared "persona non grata" by the Russians. We saw Mr L in his deathbed again before a brief clip of Putin was shown. David Milliband has gone through a "baptism of fire" given his new role as foreign secretary in this affair; as such we saw him going through some sort of online question and answer session although the questions on varied topics, including Iraq.


First, weather, and only twelve months ago it was the hottest day of the year. How things have changed, and we were told of a severe weather warning being issued from midnight over the whole of England and Wales. We saw Cardiff where "it has already started raining". Images of some light rain were shown. Mention was made of record temperatures overseas and then we returned to Filey where we saw a basement flat which had been flooded and the caravan park again, as yesterday.

The BBC themselves next and some high level staff have been suspended over their "integrity". They are "to be grilled" over this.

We finished with the story of two metal detectorists finding a hoard of old silver and we had a bit history as to the Vikings, the source of this trove, with all the raping and plundering etc.

A bit like what all this news does to your mind.

Posted by Newspaceman at 05:53

Re> 1694 i see in that year on July27 The Bank of England acquired its charter and thus the beginning of debt-based banking on a global scale.
So 7/27/2007 will mark its 313th anniversary.
Well a few of these 7-7 have sprung out [ the 747 which you commented on, a 767 as yet undeciphered in my For T-7 article and now a possible 727.
16 - 94 . The 94 = 2x47 and as its current for me that adds a connexion.
On the odd occasion I buy a British fearpaper, this time twas the Guardian - a large amount given over to various views of Islam and Golf.
i don't have to buy it but at times there seems so little reporting but floods of opinion .
Related though was an article in G2 about beekeeping on London rooftops. It featured a14-yr old boy whose knowledge of beekeeping proves extensive. And therein lies hope. While the Educationists dumb schoolies down some of the youth can educate themselves , and it is their results [ eg good honey] that qualify them for life. No league tables here.
Can u imagine if 12 year old were able to find the inconsistencies in for example political speech, or work out for themselves whether WMDs existed, or that they,ve just been ripped off on a phoneline.
A US congressman named Norman Dodd investigated tax-exempt organisations in the 50's. In an interview with a Prof.Griffin in 1983ish who said that he was told by an officer in 1 organisation that they intended to base the US education system on the Soviet system. Its an interesting video and shines a few lights on these times.
Here in Prague we got the Cerna Abbas-simpsons foto. The sun is out , no wind, and on the streets the temp feels higher than 40, mushrooms have been picked 2 months early
Someone sent me exam answers from last year , GCSE. The question was : Use ' judicious' in a sentence to show its meaning
The answer : Hands that judicious .....
Tara