I watched the ITN News at around teatime on Saturday where we commenced matters with the floods; a body has been recovered in Gloucestershire, it is believed to be that of a young man who went missing last week. Hilary Benn, our environment secretary, who curiously is a man with a womans name, visited Oxford to see the aftermath of the storm damage. Apparently, we should all "expect more extreme weather to come" and be prepared for "coping with wild weather."

Manchester followed, a double shooting last night. This is a "city plagued with gun crime" with around five shootings this week alone. It is caught up in a "cycle of violence."
20 year old man appeared in court charged with the shooting of a 16 year old in London, earlier this week.
Soldier killed in Afghanistan - Total UK body count now stands at 67.
John Terry of the football team Chelsea has signed a new contract, he will earn £135,000 each week. This allowed ITN to drool over a car showroom window at Ferraris etc.
Cricket - apparently more misery. Exactly how the floods are described each evening.
Next up, a man preparing to be King opening the Scouts Jamboree at Hylands Park, Chelmsford. Prince William was there along with The Duke of Kent who is in fact president of the Scout movement which was set up in 1907 by Lord Robert Baden Powell. The Duke spoke of how the scouting movement was a "beacon of light" and we saw Wills, dressed in suit, tie and matching neckerchief, playing some tribal bongo drums. 
This may seem a very slender connection, but look at the above snap. Is that in fact the Tommy Cooper type hand gesture. - Just like that. Tommy Cooper was know for his fondness for the fez hat as was the shopkeeper in the classic cartoon series, Mr. Benn, as in Hilary. 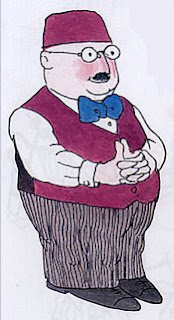 As if by magic 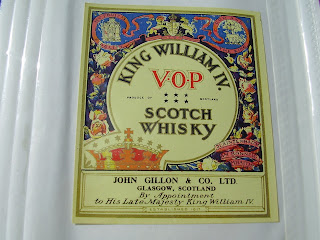 Posted by Newspaceman at 11:07

I thought b4 reading the whole article that perhps the floods would go away when Mr[s]Benn stepped back into the shop.
Wills = Harry Potter crossed with Tommy Cooper. Great

'When I was in the scouts, the leader told me to pitch a tent. I couldn't find any pitch, so I used creosote.' - TC

Do you think that if there was a massive global disaster, it would only be those with scout level training who made it through the aftermath ?

How many "hoodies" can start a fire without petrol and a clipper.

Keep on watching those Ray Mears survival shows, I say. Almost worth paying the licence fee for (almost).