I shall just try to briefly run through ITN News at half ten.


Floods to start, we saw Linda Kitchin (one in every house), crying after revisiting her flood ravaged property. We heard of al-Quaeda, "an enemy that is far from beaten", their previous leader who was just apparently been killed has been "replaced by his own brother". Could you have a brother who was not your own? An al-Q member was pictured, his words helpfully translated for us - "we will use children to behead infadels".

Gordon Brown and Terror, we saw the conservative party member Nick Clegg, who talked of "smoke and mirrors". We heard of David Cameron whos popularity is waning. 21% down since GB took over, whilst, coincidentally, Gordon's has risen 21%. We saw a long interview with David Cameron as he lectured on "family is at the heart of everything".

Feature on Cannabis and the new "ultra strong" skunk. We saw a clip from the flower power era with hippies dancing and heard that the drugs now are much stronger. Apparently, skunk has 14% THC (a physcoactive chemical compound), normal cannabis only 4%. Anyway, skunk caused suicides and we saw images of an commercial sized indoor garden. It seems "easy to find" as well, as dealers "roam the streets", offering their wares. However, it appeared ITN couldnt find one as we then saw a man approach a front door and then leave. He then showed us a small bag of weed which he had "scored". Features like this tell me the truth about our news, it contained dozens of factual inaccuracies including the supposed "mellow strength" cannabis of the sixties. The stuff brought back from the mountains of Nepal by early travellers could in no way be described as weak and the THC/CBD content would easily surpass that of skunk.


Facebook next - court proceedings - another black and white issue we were told.

We closed with the headlines. Our presenter went through the majority of the papers, and the actual front page flashes up for one to view. However, at the end, he claimed to have lost his headlines, then fumbled his paperwork, and found them. He then read out the two newspapers involved, the Sun and the Daily Mail, but nothing appeared on the "big screen".

More to that than meets the eye. 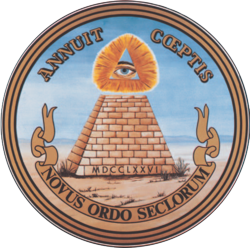 If only everything in life was black or white

Posted by Newspaceman at 08:31