The Myth of the Hair Bear Bunch

Whilst growing up one of my favorite cartoons was the Hair Bear Bunch. Being honest, I remember very little of my childhood but do recall watching this and therefore, probably, enjoying it.
This cartoon series was based on a triad of hippy bears who "lived" in a zoo. Their cave was equipped with secret furniture, television etc and these were hidden within the walls of the cave. The bears had a button which would transform their bare (sorry) cave into a luxurious batchelor pad; for all the bears were male. The bears competitive "enemies" were the zoo keepers but the bears had a secret tunnel which allowed them to "escape" for doughnuts and suchlike which appeared to keep them happy.
Also, the cartoon's content gave the impression that the bears were free, they "lived" in the zoo. Their lives appeared to be happy, they were always smiling, the veritable jokers or fools, getting one over on the keeper and therefore we were led to believe, as children, that they were the "winners". 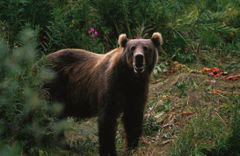 Yet, the sad, sorry truth is that they are still all in captivity. Today, we are all but hair bears, believing we are free, yet having no idea of the true wilderness and freedom which, dear readers, is our hidden "destiny".


Like the bears, we have no concept of our real home or identity yet perceive ourselves as the proverbial "wido" or person who thinks they are smart, better than our neighbours, as with the catchphrase of another famous cartoon bear -
Smarter than the average bear
Thats what we think, individually and therefore collectively
see here http://www2.wi.net/~rkurer/toontracker/hairbear.html
and then here, sorry http://en.wikipedia.org/wiki/Help!..._It! 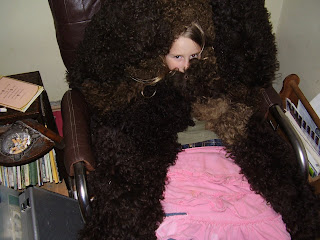 Posted by Newspaceman at 14:44