When the "saints" go marching home 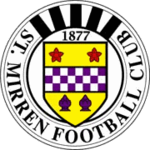 I have just read Goro Adachi's latest offering :The moonwalker prophecy, Death of Michael Jackson and Rebirth of Princess Diana, and an interesting read it was; although he has missed out the Scottish occult ritual, Templars, Baphomet, antichrist connections, probably leaving it up to me. I would stress that I posted my last - giant related - "article" before digesting his output.

What stopped me in my tracks was both the biblical reference to Noah and to time, for last week there was yet another lightning strike in Scotland, one which I did not have the resource to post given matters have been progressing so rapidly in the year of Scotland's Homecoming since the death of the 16 bullocks (beasts) in East Lothian. (As constantly noted, probably most concisely in my post, a flash in the pan, from 20th June)
Notwithstanding, the latest heaven sent electric strike hit the Eastgate shopping centre in Inverness on 2nd July (Black Watch/Crowley/Queens visit to new hydro energy plant) closing the place down.

The lightning struck at 1435BST and shoppers were asked to leave for a short time.
A spokeswoman for the Eastgate centre said: "The weather is horrendous, the rain is torrential."

From the fairly short wikipedia entry on Eastgate shopping centre:
The Centre is notable for an automaton clock depicting Noah's Ark
Also, for the record, Mr. Adachi makes reference to actress Helen Mirren. I have been heavily drawn towards the town of Paisley recently, their local football team is St. Mirren and they are sponsored by, amongst others, a local shopping centre and Pheonix Honda. (See my post from 16/04/08 re Helen) . Also, I have heard it said often that time stands still in Paisley, certainly it seems to if one has the misfortune to visit the football stadium, which is (or was anyway) especially bad. The games, never prior assumed to be Olympic standard, nevertheless seemed to drag on in the constant drizzle; the pies thus inadequate in the dire circumstances. Such is Paisley and thus perhaps, the future pattern.
Coming from a different perspective, including a faux alien visitation, it is good to note that someone has taken the trouble to reincarnate the writings of Rik Clay, who had his own thoughts on the 2012 Olympics, Zion,Prince William etc. They can be found here in the form of a free, short book.

Another interesting and informative, must-read take is here.

Email ThisBlogThis!Share to TwitterShare to FacebookShare to Pinterest
Labels: where cigarettes grow on trees

You're musings always a muse me. Goro seems to be catching on, though I personally am bemused with the prospect of our once and near future king. He missed one glaring synch: Helen Mirren - also of Troy, and beloved of Paris.

When I first started this blog, I wrote to Goro asking him if it was okay to copy some of his visual illustrations - he was fine about it and, at the time, asked me my opinions on Scotland and Independence, based on my living here I assume. Which would make you think it has always been at the back of his mind perhaps ?

I dont make a habit of contacting him, but curiously, I sent him a link to the post about the plane crash and Ben Arthur given it's nickname (Cobbler) and his ongoing shoe synch.

Her did'nt seem to follow it and a couple of days later posted hsi new article.

I wonder whether he believes there will be some sort of "alien contact" next year, or whether it will be manufactured - like movies.