To begin, I don't wish to dwell on yesterday's noted fishing tragedy, however I have updated the post to include the name of the stricken vessel - Aquila, or Eagle, and her home base, Maryport.

Moving down south and reincarnating the bovine angle to recent posts, we note that Scots born British Prime Minister, Gordon Brown, addressed the TED (Technology, Entertainment and Design) conference in Oxford where he claimed that the "power of technology - such as blogs -meant that the world could no longer be run by elites".

Furthermore, that : issues such as climate change could not be solved alone, adding that digital technology offered a way to create a "global society".

"We are the first generation to be able to do this," he told the conference. "We shouldn't lose the chance."

He said that older institutions founded after the Second World War, such as the United Nations or the International Monetary Fund, were now "out of date".

What I find most interesting about all of the above is his reference, by insinuation, to the current world being run by elites.

One wonders who they could be. 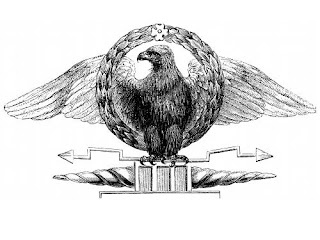