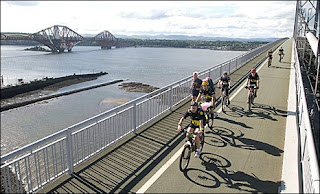 Today, for the first time ever, a scheduled ferry service from Stornoway on the Isle of Lewis to mainland Scotland has gone ahead, ignoring fierce opposition from some islanders who consider the Sabbath a holy day and, as such, have always kept it "holy".

The crossing was carried out by the vessel, The MV Isle of Lewis, despite the fact it broke down of Friday due to exhaust problems; it's sister ship, The MV Isle of Arran being drafted in to run a number of "emergency crossings to clear the backlog of passengers". A small protest was held in the ferry car park, as we note from the BBC report: 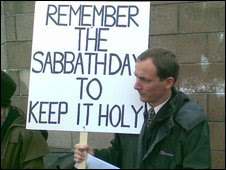 As cars lined up in the ferry terminal car park, protesters gathered in silence behind a banner.
It read: "Remember the Sabbath day to keep it holy".

They sang Psalm 46 - God is our refuge and our strength - and prayed for the nation to "turn its back from sin and wickedness".

A number of women wiped away tears as they prayed for a return to the Lord's commandments.

What is not noted in the linked report is that service operator, Caledonian MacBrayne (CalMac), are in fact state controlled.

Or that a lewis is, from Pietre-Stones review of freemasonry: "a device that has been used by stonemakers and erectors for many centuries. It provides an anchorage in a stone which enables heavy lifting tackle to be attached to assist in the raising and lowering of stones that are too heavy or too awkward to be man handled into position during transportation and erection".

Thus, in the ferry story, we perhaps see the final stages of the building of what one could reasonably describe as a "Scottish" architected and engineered global rat-race.

An old post of mine on this topic, The Reason for the Sabbath, can be found here. Readers may also be interested in this post and this one, regarding Lewis' and the 2012 Olympics. 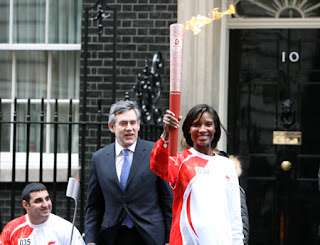 Posted by Newspaceman at 16:55