Our host was Huw Edwards again on the BBC news at 10, the leading story being a fresh outbreak of foot and mouth disease on a farm in Surrey which has led to another suspension of movement of livestock along with culling, or killing, of some animals.

Images were shown of cattle in the last, recent outbreak - which was only 30 miles or so away - awaiting the electric bolt. Local countryfolk were interviewed, "disasterous" was their verdict. Some neighbouring farms "didnt know" of the confirmation of the fresh outbreak. It appears that this rural community was "staggering back to life" however the latest case has obviously curtailed this.

Gordon Brown, the Prime Minister, spoke of "contain, control and eradicate", however we were told that farmers were "bracing themselves for an epidemic" before we moved on to a discussion over "how has this new outbreak happened." No one seemed to know for sure, so we saw some images of cattle being culled before considering "were restrictions lifted too early." David Cameron, the Conservative leader, seemed to think so, but that is his job.

We heard how the foot and mouth virus can live in water for 50 days, however it is still unsure whether this is the same strain of virus as the last outbreak; if not, it is a "different can of worms". Plans are afoot for a larger cull which will be carried out today on a neighbouring farm, 40 cattle and 800 pigs are facing death, notwithstanding this, there are "likely to be more culls." The BBC science reporter told us that government ministers are "very depressed about this." and we heard of a lack of confidence to close.

More misery next, as we heard of mortgage rate rises from the Halifax and Abbey National. It seems that because of the "global credit crisis" has caused this and this itself was caused by "cash strapped borrowers (in America) defaulting" on their mortgages which in turn has led to "banks hoarding money" which may result in "loans being hard to come by." An analyst told how potential house buyers would have to find a larger deposit now, it seems that the days of 100% mortgages are over now however a Bank of England spokesman told how "there was no reason for the British economy to be thrown off course."

Oil, price increase to $80 per barrel.

The Conservative party have outlined proposals for new "green taxes", these will include VAT on flights and additional tax on certain new motor vehicles. We were reminded that "who said that saving the planet would be easy" before we saw MP Zac Goldsmith, telling us all that travelling by train would be better than flying, the difficulty being that the train service is not always reliable. The talk was then "stick and carrots" before Nick Robinson, the BBC political editor asked us to "pause to spare a though for the politicians", it appears they just cannot win.

The Trade Union congress have backed a call for a referendum over the proposed new EU treaty, again not too much was said on this matter, we shall see.

The McCanns followed, it appears that they are going to carry out their own forensic tests on the hire vehicle which is supposed to contain traces of their missing daughters DNA. It appears that the McCanns still have the vehicle on hire, in case evidence is planted within it. We heard from family member, John McCann, who stated that if the police have proof that Madeleine is dead, then "tell the family" and, furthermore, that "Gerry says the enquiry has gone up a cul-de-sac."

The directors of the Maddie Fund were shown, they stated that monies from the fund will not be used to cover the parents legal expenses. Curiously, they also stated that "Gerry and Kate have not asked for this" anyway. Again we heard of further speculation, the church, DNA and Kate McCann's personal diary.

Iraq - America will cut its troop number by 30,000, but not till next summer. Again, as previous evenings, this was a long feature however I dont feel anything new was actually discussed.

ITN, another television company, is to reduce it's local regional news summaries from 17 to 9.

Next up was a story about a Russian serial killer, Alexander Pichushkin, aged 33, - the chessboard killer. He killed 49 (7x7) before he was caught, "luring" them to a forest on the promise of alchohol; his target was 64 (the squares on a chessboard, 8x8). More numerical coincidences?

To close, England and Scotland, football, we saw the new Wembley, minus the two towers, (symbolic perchance?), the 39 steps to the Royal Box now increased to 107, resulting in our Monarchy sitting on level 108. For anyone interested, here is a short extract from the provided link below. 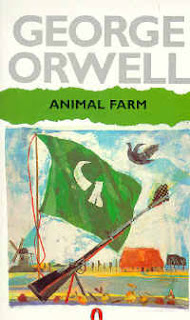 Posted by Newspaceman at 08:07