I watched the BBC News at around 7pm last night, McCanndamonium is the only way to describe it. Our host was Emily Maykiss, phonetically anyway, or maybe I am just missing Fiona Bruce.

We went straight to the Algarve to see images of the McCann's moonlight flit, a Scottish expression, meaning - to move home overnight, the family leaving the villa as dawn broke, surrounded by paparazzi and media. Then, back to Rothley, their home village, where we heard a short interview from BBC correspondent, Robert Hall, who advised that the McM's were "haunted by their daughters absence" and "protesting innocence."

We went back to the Algarve for more on the evacuation and saw images of television crews following the suspects to the airport before long distance shots of the terminal were shown, the McCann's being ushered into the VIP area. It was time for a statement and as such, we saw family representative, Justine McGuinness reading a prepared statement to the waiting media.

Justine told how the McCanns were leaving "with the full agreement of authorities and the police" but not much else. To me, Ms McGuinness epitomizes everything that is wrong with our world. She is telling us in a public girls school accent what to think, what is true etc, yet she does not actually know the truth. However, her job dictates that that does not really matter, all that matters is that her fee paying clients look good in terms of media reporting. It is what these people dont say that is important, nothwithstanding this, who is paying her fees and expenses ?

We moved on to seeing some covert in-flight shots of the McCanns, other passengers talking to them. Then, on touchdown, we saw close up shots of the family leaving the plane, the camera almost touching Kate's face as she looked down at the ground. Gerry, seemingly close to breakdown, advising that he "wants privacy" and that "we have played no part in the disappearance of our lovely daughter Madeleine."

Then the McCanns returning home, carrying a twin each - we were advised that "the twins slept through" this media circus, yet their eyes were open. Kate's mother gave a short interview, still wearing a Maddie T shirt. We were then told that Gerry's sister, Philamena, had contacted the BBC to advise that the million pounds in the Find Maddie Fund would be used to help find Maddie and not to cover the legal costs which will surely be rapidly escalating in this matter.

After all this, we had another rundown on events from the Algarve and Rothley, obviously there was very little more to say but we heard of a "huge media presence" and "the ball is still in the court of the Portuguese police." We shall see what transpires, it all seems most strange. As a side note, watch out for the Worlds End murder trial in Edinburgh, which is currently underway. This case depends heavily on DNA evidence, some obtained from roof tiles which were fitted by a man now deceased for several years. I shall try to write an article on this once matters are concluded.

The Conservative Party hane announced new green proposals, these seem to include plans to reduce electricity consumption, perhaps by "banning plasma television screens" and make our homes more energy efficient by rebating part of the stamp duty which is currently imposed on property purchase, in order that enviromental home improvements can be undertaken when houses changed hands. Zac Goldsmith, a Conservative MP, spoke of the latter idea, we shall see.

Immigrants to the UK are to be asked to sit an English test before admittance to the UK.

An Autumn of Discontent was next up, could we face co-ordinated strikes by civil servants and council workers, who knows, but we went to Brighton to see preparations for this weeks Trade Union Congress meeting. Gordon Brown will speak today, the problem appears to be that he wil not budge past a 2.5% pay rise for public sector employees, obviously they want more. However, Gordon will tell them "he will do nothing that would risk increasing inflation."

If, perchance, there are any plain speaking economists reading this, perhaps they could explain something to me. Text book inflation is - too much money chasing too few goods. Yet in this country, house prices have risen dramatically in recent years and it appears to your writer that a large majority of home owners have simply remortgaged their homes on a frequent basis and used the additional borrowing to fund consumer purchases. Surely this has a huge effect on inflation with all the extra spending power ?

Back to the news, well sport anyway to close. Motor racing was first, Hamilton, McLaren and Ferrari, followed by a Jamican sprinter and rugby. 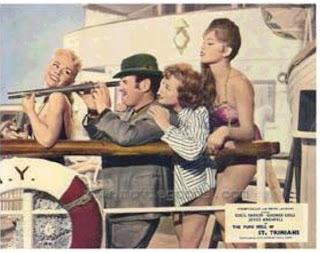 Gerry and Justine ?
Posted by Newspaceman at 06:25

Nice to see you back. Hope you had a good break.
I enjoyed your comments in this report.
I believe the true inflation rate here in the UK is more like 6% and in the US 10%. So we take a big hit in our standard of living year on year, while we are getting these pay "rises" of 2-2.5%, that is to say, those of us lucky enough to get this piddling amount.
I agree with you that a lot of consumer spending has been fuelled by remortgaging.
I think I heard a BBC report last week that City bonuses were up 30% against a background of rising bankruptcies, repossessions and personal debts.

thanks Martin, things will hit the fan soon when house prices falter.

I worked for a building society in mortgages at the last crash in 1989 or so. Inevitable, one would even say engineered.

We working folk are cannon fodder for the wars and the economy.
I remember '89 well. A couple of my neighbors committed suicide over the collapse of their small businesses when the crap hit the fan.
Correct me if I'm wrong, but weren't something like 20,000 houses a week being repossessed for ages back then?
To my mind a national tragedy, but where were the interviews with these poor people in the media? I don't recall many at all.
Though I do remember John Major, then PM, coming on the news to announce his "Mortgage Rescue Plan". One year later, I think it was Private Eye, asked how many families were helped with this scheme. The answer was, surprise!, none at all.
Meanwhile all the rich buggers I was acquainted with made lots of lolly because of the high interest rates on their investments, savings, etc. Not to mention John Major, who was appointed European Head of the Carlyle Group when he left office. A nice little payoff for our role in the first Iraq war while the rest of us struggled with negative equity, bankruptcy, repossessions, family breakups, blah blah blah.