Like Bin Laden it appears, I returned from a Highland wilderness yesterday and tuned in to the BBC News at 10, where our leading feature was the ongoing story of the now bewildered Clan McCann and missing Madeleine.

The proverbial lid appears to have lifted from the can and, as such, chief BBC reporter, Fiona Bruce, had been hurriedly packed off to Portugal to report upon the perhaps potentially unpalatable contents. First, Fiona spoke to another reporter, Richard Bilton, who updated us on the preceding matters of today.
It appears that Mrs McCann was offered a deal by the police if she confessed to killing her daughter and that she has been upgraded to suspect status in the eyes of the Portuguese police. Images of her attending the station for questioning were shown, a huge media and public presence was in force for this event. We heard from her spokeswoman, Justine McGuinness, who suggested that the idea that Kate was involved in her daughters death to be "completely ludicrous."

We moved on and heard from blood relatives of the Clan, again we were told "ludicrous", " is no way involved" and heard suggestions of planted evidence. However, we heard that Mr McCann was now being interviewed and a short clip of him arriving at the police station was shown. So, "what's changed?" asked Fiona, in reference to these "new" allegations.
Richard explained that "facts are hard to come by" before explaining that it seems traces of Madeleine's blood were found in a hire vehicle, rented by the McCann's twenty five days after their daughter disappeared. We saw images of woodland searches and heard of trained sniffer dogs; one in particular is adept at finding the scent of corpses,and it appears that it picked up a scent in the McCanns holiday apartment. This seems to be the catalyst for the current manner of investigation although we dont actually know.
However, we ran through the whole saga again, the initial story breaking and the campaign to find Maddie and Fiona told how she "was rarely out of the public eye" whilst countless images of the girl and her unusual eyeball were shown. We saw the McCanns meeting the Pope and were told of sport stars involvement as a rerun of David Beckham's plea for help was displayed. To close, we heard of a "zone of doubt" and that "simply, Madeleine McCann's mother is now at the centre of the investigation."
Bin Laden followed and his newly released straight-from-the-wilderness video in which he sports a "dyed black beard" and, if anything, "appears to look younger" than in his last televised appearance. We heard how Mr. Laden seems to have an excellent knowledge of the current American political and economic situation, including that of the sub prime mortgage market - in fact he can be summed up as "a master of PR at the top of his game." Mention was made of the close proximity to the anniversary of the 9/11 outrage.
Foot and Mouth disease, it seems that the outbreak has been blamed on a dodgy drainage system and shoddy plumbing at Government research laboratories- which itself seemed to be blamed on a lack of money and funding. We saw some dripping pipes and cattle being culled/killed before we heard from affected farmers, bemoaning the financial cost.

A Welsh butcher, William Tudor, was jailed for a year for supplying e coli infected meat to primary schools; one boy died.
Europe followed as we heard of a Constitution, a Treaty, a referendum and "control being given away." We heard from various European leaders, none seemed to really know what was going on or at least are pretending not to. This is a serious issue, yet is never explained properly or logically.

David Cameron, the Conservative leader, was next - he has "dismissed complaints about his leadership as nonsense", however it appears that wiley Gordon Brown is headhunting the Tory ranks in order to "build a government that uses all the talent", as he indicated he would do, shortly after becoming Labour party leader. We heard that some consider this "deeply cynical political manoeuvring" and closed with images of Gordon grinning like a cat in a fish shop.
Rugby was last up , France beaten by Argentina.

I try to normally stay within the realms of the televised reported news although one curious fact about the McCann story caught my numerical compulsion. It was widely reported elsewhere that the reason Kate McCann was upgraded to suspect status was in order that the police could ask her twenty two questions. 22 being a highly significant number in terms of the Hebrew alphabet, the Kabbalah and the Tarot, to name but 3. It just gets stranger.
cheers 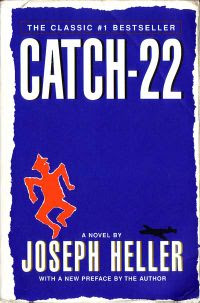 Posted by Newspaceman at 06:50

22 questions- to put it in a Christian Bible context there Psalms 119 has 22 'verses' , 1 for each letter.
Masterful conclusion, great picture, wonder if the Tabloids will use it.
May your wanderings ne'er cease twinspire you.
Caught a documentary on Dounreay the other day

Thanks Ferris, I had friends who lived very close to Dounreay - terrible problems with child cancer etc, I believe. Good location in retrospect.