I commenced proceeding with the BBC News at 10, hosted by Huw Edwards, our leading feature revolved round the long term future of the National Health Service, it appears that low productivity and fears of increasing obesity are sending operating costs spiralling and as such, preventing our NHS reaching "up to the standards of some other European Countries." No details of any specific countries were given.

We saw Gordon Brown visiting a hospital and were told of an extra 43 billion pounds which has been pumped into our NHS, however is this money well spent. Sir Derek Wanless has carried out a report, in which he has estimated that 33% of men and 28% of women will be obese by 2010, only three years away. Additionally, his report states that recruitment targets have been met which has resulted in 17 of the aformentioned 43 billion being spent on pay.

David Cameron appeared to tell us that money has "spent and wasted" before we saw Gordon again, this time being entertained by a chinese dragon, I am unsure why. Talk moved to obesity - "one of the biggest challenges" of our time with potential "frightening consequences" for the future. The BBC illustrated the difficulties posed by means of a set of scales, one side laden with bars of lard, the other with a human.

Reference was made again to our (UK) growing weight problem and we went to a fitness class to see some plumpish ladies working out in an aerobic manner at a NHS sponsored class. A red faced lady panted, as she bemoaned the loss of the keep fit class she used to attend before we were told of burdens to the NHS, excess body fat and were invited to view some statistics on diabetes and cancer. Perhaps tellingly, a doctor was rolled out to advise that we "cant stop people eating" however "we can help them though."

Time for slippery polictical editor Nick Robinson, the man who likes to think that he is telling you how to think, he told how "the sound of cracking knuckles" could be heard in the Treasury as they would now be forced to accept less money for the health budget. Nick also told how NHS spending was 3% above inflation, apparently this was the level that Margaret Thatcher used to run at - and she was accused of cutting costs. Again Nick referred to productivity costs, obesity and "more bang for our buck". A curious statement I though, given we work in pounds but anyway we closed by being warned "the NHS may become too costly."
The McCanns again, we were updated with proceedings straight from reporter Richard Bilton in the Algarve. The police files were handed to a prosecutor who only looked at the evidence for a few hours before immediately passing them up, the next step will be a judge who will consider what to do next.
The Portuguese Justice Minister was pictured, he told how his "officers had investigated with competence" and we were lead to believe that matters should be "settled and clarified" reasonably quickly. Again we are told that the "hire car is at the centre of things" and reference was made to "blood found in the vehicle".
The McCanns themselves have not been idle, Gerry has been busy updating his blog and has written of how no "specific charges" have yet been brought along with providing details of his "new legal team" who he seems to believe will sort all this out, leaving him free to continue the hunt for his beloved daughter, Madeleine, - as there is no evidence she is dead yet - apparently. Images were shown of the McCann family's villa which has been "cleared and cleaned" to close.

America next, General Petraeus and Ambassador Ryan Crocker faced questions from Congress over Iraq but before we discussed them fully, we were reminded of 9/11, "the sixth anniversary of one of the worst moments in American history". We saw Bush and the Whitehouse before clips of the latest Bin Laden video were shown, where he "taunted" his opponents.
We moved back to the General and the Ambassador, perhaps my hearing is failing but it sounded to me that we were told a "Gentile laid into into the pair of them", in terms of questioning. Images of the question and answer session were shown, however it appears that this was all in vain and there is no chance the military surge will be revised at present.
The tragic case of Jackie Simpson next, she was a grandmother who was babysitting at New Year and mistakenly allowed her sons pit bull terrier into the house because it was frightened by the noise of fireworks. Our reporter for this case was the aptly named Danny Savage and he told how the girl, "a little angel" was shaken about by the dog for 20 minutes while the grandmother tried to fight it off.
We heard how Mrs Simpson had consumed 10 cannabis joints and a bottle of wine before letting the dog in and obviously had never invisaged the carnage that would result, given that the girl was the "light of her grandmothers life." Images of the pit pull shaking a cushion were shown along with others of the young girl happily playing. The grandmother was found not guilty of manslaughter in court, the judge commented that she had already received a life sentence.
Coming up - A counterfeit DVD police raid - images of door being kicked in; police and dogs.

First though, a report on the growing debt crisis in the UK. Borrowing on credit has risen 20% or so in the last few years and so, therefore, have bad debts or people unable to pay. We heard of rising gas, electricity and council tax charges together with the ubiquitous "interest rate rises".
Mention was given to unscrupulous salesman, people have seemingly been lent thousands whilst earning buttons before we were reminded of redundancy and divorce. Again reference was made to the American sub prime market and the global economic fears which result.
Time for the DVD's though, a special investigation no less. We saw the aforementioned police raid, our reporter stood in the aftermath and indicated two black holdalls in a mass of discs and suchlike. These were hard core porn and beastiality she confided. We turned to the sellers of these copy discs, mostly chinese illegal immigrants it seems, being run by gangsters on a national basis, Durham, Kent and Ireland were all mentioned.
A chinese seller was interviewed, he told how he paid 45p for each disk and sold them for £2.00 in the street. Whilst our reporter was in the street, one of the sellers was attacked by a yiung man, demanding monies with menace. It appears that street sellers are an easy target for muggers. To close, we saw a clip of one of the fakes, a grainy image, recorded on a camcorder at the cinema.
To close was a long feature on the European Commission and the now seemingly abandoned plans to force retailers to stop selling produce in pounds and ounces and to convert to the European measuring system of grams and kilos. We heard that pehaps they had previously been over zealous before travelling to a fruit market in London for some banter. Worryingly though, we closed with reference to potential changes in justice, policing and crime and I personally feel that this was the whole point.
The times are a changing and its not for the better. Yet. 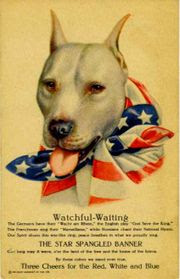 Suicide - shaking up the world for a new order
Posted by Newspaceman at 07:13

Nice report as usual, mate. Thanks.

As for the obesity issue, maybe they're preparing us for some kind of fat offset tax whereby some of my favourite food items zoom up even faster in price. Those M&S chocolately cream cakes with that lovely custardy filling are already dear enough.(Choux buns?)
Where I live we are inundated with Chinese DVD sellers riding their bikes to and fro. The counterfeit discs are certainly not filmed with a camcorder in a cinema, but the colours are a bit washed out looking.