It was mostly the McCann's on the BBC News at 10.40 last night, our host for the evening was Ben Brown, but we went almost instantaneously to the Algarve for an update.

We heard how the family want to come home "as soon as possible" and are taking legal advice in this respect. On location reporter Richard Bilton had gone to the family's second home, the church, however they had decided to skip last nights service, instead Richard had a few words with local vicar, and McCann friend, Haynes Hubbard, who reminded us that there was a missing girl involved.
We went over to La Casa de Los McCann, a holiday home under siege from journalists, where not much else was happening. Back to Blighty to interview Kate McCanns's mother, she is obviously defending her family but again, we only hear the McCann's side and speculation. We heard how this is a "fast moving enquiry" and went back to the chapel to see people praying.

More from Clan McCann followed - "utter nonsense" seems to be their view, then we went to the McCann's home in Leicester, where a neighbour expressed his disbelief, again "utter nonsense." We saw the shrine for Maddie, bare of all floral tributes, now only a single candle burns for her. Gerry's brother told how he had received an e mail that morning in which G had written of "cooperating" and "collaborating" evidence - "lets do it" he apparently wrote.
We then heard, perhaps ominously, how the McCanns had erupted in an "explosion of anger" when it was put to them that they could be involved in their daughters death. Furthmore, "Kate and Gerry have a pact between them not to break down in front of the police". To close, we heard that "all the police say" is that "they are doing a job."
Afghanistan - 2 more soldiers killed yesterday from the newly established Mercian (mercenary ?) regiment. We went to Kabul for a report.
500 troops to be withdrawn from Iraq (and therefore heading for A/stan)

Pavarotti's funeral followed - images of the service and mourners.
Then, to finish, sport, "the busiest day of the year" and a hat trick for England - football, cricket and rugby. Apparently in English football - "optimism always seems to flood through fans", just like the weather maybe ? Anyway, first victory in new Wembley which the reporter prenounced wem-bel-ee, in the manner of a chant.
Oh aye, and Scotland won.
cheers 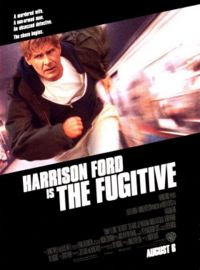 Another doctor - fighting to clear his name
Posted by Newspaceman at 08:02