In the blink of an eye I knew his number 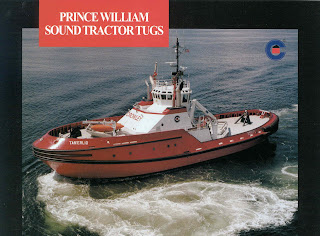 Recently in my post Billy Smarts Circus, I alluded to the possibility that perhaps the recent City Salute pageant in London (to raise money and awareness for injured military personnel) was nothing more than part of a giant ongoing, shepherding, global programme to establish the chief guest, Prince William, as a doer of great deeds - with a host of even greater deeds yet to be done - before his eventual crowning as Rex Mundi, King of the World

This week we saw further media driven perpetuation of this ideology, firstly on Tuesday, when we heard that Wills had been voted, in the manner of a Sun God maybe, the "top spot" of "world's hottest royal" by a Scottish founded American business magazine called Forbes.com.

We read from the Telegraph, somewhat confirming my aforementioned suggestion :

Prince William heads the list thanks to his "international intrigue and unparalleled media attention".

Then yesterday, a further announcement, as we heard of his forthcoming oceanic stint in the Caribbean on one of his grandmother's ships , HMS Iron Duke , seemingly chasing cocaine traffickers. Again from the Telegraph, we read the stable society grabbing headline:

From my previous post regarding the giant television screen programme ( as linked above) :

There was silence as the audience hung on his every word, while images of him in his uniform were displayed.
And there was an audible gasp when the camera panned out to reveal his missing legs and arms.

Wiki on Aleister Crowley, the Beast, 666, see here
Posted by Newspaceman at 12:06

Email ThisBlogThis!Share to TwitterShare to FacebookShare to Pinterest
Labels: 666, tug in the left direction

I see the Iron Duke is named after the Duke of Wellington, as is our capital city which held the dark little rock fest during Easter / Equinox earlier this year.

I had a quick look & found a couple of interesting snippets.
Wellington was born on 'May Day' & became prime minister on 22nd Jan - a date that lives in infamy this year as that of Heath Ledger's death (also funeral of Edmund Hillary).
I wonder if people, places, events are taken out of the closet & dusted down & put on display because they fit, or are made to fit another 'cause'

Didn't go to the match, crowds are far too ....big

Thatchers Iron Lady was meant to resonate with the Iron Duke, I think

Cheers to you both. I notuiced that Wellingtons regiment was the 33rd.