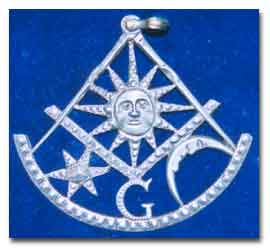 Just going back to the Scottish Homeland 2009 250th Robbie - son of Scotland - Burns testimonial, as noted in King Conn

We are all aware of the Fourth of July, American Independence Day, the day when America seemingly received it's freedom from Great Britain.

Yet, one does' not have to travel too much forward in time from then - five years exactly to the day - to find another significant happening for our current world, the year 1781, where we find none other than Scottish bard Robert Burns (at the age of 22) being entered as an apprentice mason by the Lodge Tarbolton (Kilwinning) St James No 135 - a lodge he would spend his final meeting with on 11/11/1788, seven years later aged 29. (See WW2 for another 11/11 happening)

Although Rabbie fornicated with thoughts of overseas employment whilst in the grasp of this new religion (for want of a better description maybe?) , it was not to America that his emigration plans lay, but rather Jamaica, where he was offered and considered employment within the clerical division of a slave trading company, employment he eventually declined to accept, instead remaining in Scotland and writing screeds of nonsensical ( to my mind) poetry whilst drunk; until finally dying, seemingly young, on 21st July 1796 - his funeral four days later.

Lets go back to Kilwinning though, the second bit in brackets above. We glean from wikipedia the history of the place:

North Ayrshire has a history of religion stretching back to the very beginning of missionary enterprise in Scotland. The Celtic Christians or Culdees of the period of St Columba and St Mungo found here, in this part of Scotland, a fertile field for the propagation of the faith.

More importantly maybe though, we read (from the same source):

Kilwinning is notable for housing the original Lodge of the Freemasons. When the Lodges were renumbered, Kilwinning was kept as Lodge Number '0', the Mother Lodge of Scotland.

The origin of the Lodge is unclear with the first documentary evidence being a mention in The Schaw Statutes of 1598 and 1599 which identify it in its first paragraph as the "heid and secund ludge of Scotland".

And from the above Mother Lodge ( again as linked):

It is reputed to be the oldest Lodge in Scotland, thus the oldest lodge in the world, and is styled The Mother Lodge of Scotland attributing its origins to the 12th Century.

Legend has it that Kilwinning Abbey was built by stonemasons who had travelled from the continent and established a lodge there.

And of Israel? We confirm our worst fears with the first sentence of this in depth report entitled Fortress Britain

“The public has to be more alert”, warned one “international terrorism expert” in the Daily Mail late last year, because Scotland “is set to become another Israel within five years”. “[A]nti-terror measures will soon become a common feature of life”, he assured the audience, and called for “routine arming of police officers” and increasing children’s “awareness of the dangers of terrorism” and for them to be “encouraged” to report anything “out of the ordinary”.

Posted by Newspaceman at 19:31

Email ThisBlogThis!Share to TwitterShare to FacebookShare to Pinterest
Labels: ISRAEL

Who is to play the Scottish Palestinians? Why, the Scots!

Remember Jerry Sadowitz' character - Rabbi Burns
" Aaah wee sleekit 20 pound note, you'll no trick me for a fiver"
The Scots Palestinians would be the Welsh/ Cymraig who used to live there. Glasgow - Welsh for Blue Woods, Cumberland = Cymru-Land

Robbie the Pict seeemed to be the man, but he quotes Burns so who knows -

Having said that, he was involved in a series of lengthy court proceedings against the Skye Bridge tolls - even refusing to have a male judge because of secret orders etc within that fraternity. Lord Cullen was one of his main "targets", coincidentally, Lord Cullen was the last person to receive the Order of the Thistle from HM.

I trust no one.

I was trying to find the link to the court cases and discovered that Robbie spent a lot of time in the US where he helped Leonardo DiCaprio's father George publish underground comics in 70's.

Here's one of the court cases -

"Robbie read from a 44-page speech when the case called before Lords Gill, Kirkwood and Wheatley on Tuesday.

He claimed that the Speculative Society has Masonic connections.

He asked the three judges whether they were freemasons - a question they declined to answer.

"The petitioner will argue that it is not unreasonable to suggest that membership of a closed order with unknown preferences is a potential threat to the impartiality of a publicly salaried judge," he told the court.

He said that this applied "in particular when brother judges and other parties subject to judgement are members of the same sodality".

I found a statue of Robert Burns outside the Sydney Art Museum last year - what caught my attention at the time, was that I thought there was a horned face behind him - sorry best image I can find:
http://images.google.co.nz/imgres?imgurl=http://www.rescuerabbie.com/My%2520Pictures/Burn%27s%2520statue/Burns%2520statue,%2520Sydney.jpg&imgrefurl=http://www.rescuerabbie.com/continuing.html&h=928&w=640&sz=97&hl=en&start=1&um=1&tbnid=xJXu0SpTyQfIEM:&tbnh=147&tbnw=101&prev=/images%3Fq%3Drobert%2Bburns%2Bstatue%2Bsydney%26um%3D1%26hl%3Den

I didn't know he was a Freemason, although had a fairly good idea when I found a copy of the same statue outside Auckland War Memorial Museum - with an inscription about brotherhood - the strange thing is what's it doing there - I doubt many people over here even know who he is.