Princes William and Harry last night "spearheaded" an event called City Salute, held at sunset, outside St Paul's Cathedral in London, it's purpose being to raise funds for our injured armed forces personnel.

They were joined by television celebrities Jeremy Clarkson and Ross Kemp for the event, which began with the now ubiquitous Eurofighter Typhoon fighter jet fly-past and included a military parade together with bands and ceremonial troops.

For those unaware, Clarkson is a likeable, if controversial, motor vehicle enthusiast and tends to call a spade a spade. Kemp was an actor in the popular TV soap Eastenders where he held a long running part as a gangster with a softish heart. He has recently played in a soap style soldier role and also went to Afghanistan to film a documentary on UK forces in operation. Both individuals are portrayed and projected to us as men's men I suppose, rough, tough but not bad deep down. Read into that what you will, given the circumstances.

We read from the first BBC report: here

Actor Ross Kemp went on to pay tribute to the dedication of British troops and there was a second fly-past conducted by two Chinook helicopters, before march pasts by the three services.

Top Gear presenter Mr Clarkson went on to joke about Prince William's two controversial helicopter flights and emphasised the "vital role" helicopters and their pilots played in the current conflicts in Iraq and Afghanistan.

"It takes a special kind of courage to fly one of those things, I think, into a firefight.

"It's a bit of a lumbering tank - not exactly hard to miss. You can't even land one on the Isle of Wight without the newspapers finding out."

Harry and William both laughed at the comments.

And from another BBC report on the same event, one which to my mind reinforces the power of televisual medium on the collective:

To the many veterans it must have seemed like a bygone era as they watched the display of pomp, ceremony and music through a sea of Union Jack flags fluttering in the wind.

As if to reinforce the conviction of those sharing this view, two short films aired on giant screens captured the attention of those struggling to find space on the crowded pavements.

In one, a soldier called Mark described how he lost both legs and an arm while serving in Afghanistan.

There was silence as the audience hung on his every word, while images of him in his uniform were displayed.

And there was an audible gasp when the camera panned out to reveal his missing legs and arms.

Just as a side note and with reference to my recent Tale of Two Williams post amongst others, it is surely pertinent that the Olympic Torch reached the summit of Everest only a few hours later than this flying event took place. (see here). And that St Paul's is marked with the number 8 on the London Olympic Torch route as highlighted in the post Black Majick.

Its just ritual after ritual. 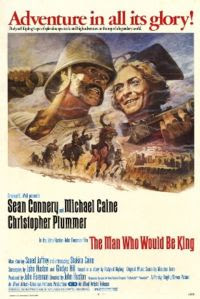 Posted by Newspaceman at 04:48

Aint you the dopest ?