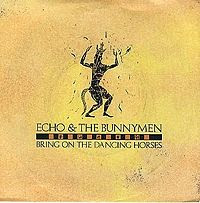 "Bring on the new messiah
Wherever he may roam"

Billy Smart's circus continued with it's global strategy yesterday, when it was the turn of the dancing horses and George Bush at the European Summit in Slovania; the last summit that George will attend.

Just with reference to my theory that the United States will become part of Prince William's Europe, as a unified-by-fear-and-religion one world order, we read from the BBC - US and Europe back in step again:

Speaking to reporters on the sun-drenched lawn, Mr Bush said it was "really important for the US to stay close with the EU and work harder together to solve problems".

For the outgoing president, the biggest problem now is Iran's nuclear ambitions. And here, Mr Bush said, he and the Europeans were on the same page.

"Iran with a nuclear weapon," he warned, "would be incredibly dangerous for world peace. So we have got to continue working to make it clear, abundantly clear, to them that it is their choice to make, that they can either face isolation, or they can have better relations with all of us."

For those unaware, this also an "important" week in terms of the 27 nation Treaty of Lisbon; a trilogy of happenings; an Irish vote, a High Court hearing and a House of Lords decision of some description or other.

Horses were never meant to dance.

Posted by Newspaceman at 05:18