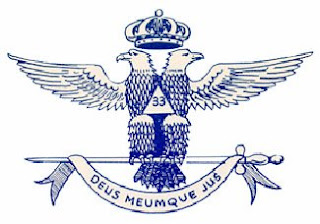 
Prince Harry is up here in Scotland today, to take part in a tribute parade commemorating the troops of the 52 Infantry Brigade who were killed-in-action, or injured, during their recent deployment in Afghanistan.

From the BBC report :

The 23-year-old Household Cavalry officer will join 200 servicemen and women attending the service at St Giles Cathedral on Wednesday. Relatives of those killed or wounded, which included British, Danish, American and Czech soldiers, will also attend the memorial, along with UK Defence Secretary Des Browne and his Danish counterpart Soren Gade.

St Giles Cathedral, with a fairly ancient documented history, is considered very important to Scottish Presbyterianism, some regarding it as the "mother church" of this protestant offshoot of the Christian religion - fascinating stuff indeed - and yet perhaps more fascinating, in the light of my last posting and the Order of the Garter, is that the cathedral houses the chapel of it's Scottish sibling - The Most Ancient and Most Noble Order of the Thistle , an Order again with Her Majesty as Sovereign and again with a contested and shady history. 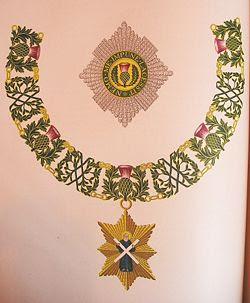 Order of the Thistle


Yet, despite this "coincidence", does it not seem slightly paradoxical that this building, seemingly constructed for the worship of Jesus, is being used for celebrating our war dead in Afghanistan; especially given that Edinburgh was on the border, and a main metropolis of, the Holy Roman Empire, whilst the "Taliban" of Christ's time were held at bay in the Scottish Highlands by a number of heavily fortified boundary walls and soldiers.

I leave you with a quotation from Prime Minister Gordon Brown's newspeak speech to the Church of Scotland Assembly (not a stones throw from St Giles) on 17th May 2008:

"If anyone had said fifty years ago that the people of our world would achieve black civil rights, tear down the Berlin Wall, bring an end to apartheid, no one would have believed it.

But in the next fifty years think how much more can be achieved with this new great power at work in our world: the power of people united by conscience, armed with unprecedented means to communicate and mobilise, determined to turn moral values into common action and shared vision into a global reality: to 'undo the heavy burdens and let the oppressed go free'... 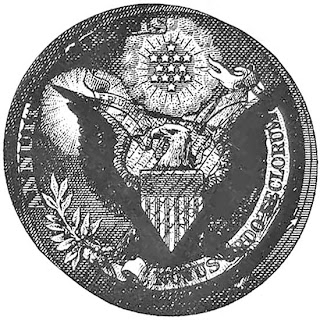 
...the powerful linkages that clubs and societies - many church-related - brought to those who joined them: boys and girls, men and women, young and old"

Email ThisBlogThis!Share to TwitterShare to FacebookShare to Pinterest
Labels: jesus

upon my word...what an amazing coincidence.

FYI - It seems that in May 1920 a parliamentary committee decided that 'once a man enlisted, his body - whether alive or ead - belonged to the King'

they all are ww.

we all belong to the king, no ?