Interesting article from today's BBC - Far Flung: Strange Places to find famous Scots in 2014 - detailing four movies that famous Scots people are to be involved with this year. Note that according to the article, and indeed others, 2014 is the year of Homecoming although my memory suggests that we had one of them a couple of years ago. Nevertheless....

We start with Dreamworks, How to Train Your Dragon 2, based on stories by Cressida Cowell, who was apparently influenced by childhood holidays to one of the Inner Hebrides islands, although she is coy about the specifics. The first movie concerns a war between dragons and Vikings who eventually make their peace and, presumably, live happily ever after. Or perhaps not, if there is a sequel. Anyhow, Gerard Butler and Craig Ferguson provide a couple of voices for the animation.

Over at the (Christian) Open Scroll Blog, Bob  has analysed the first dragon training film, and come to the conclusion that it reflects the "end times". He's even made a video. It's well worth a look at, after all the symbolism in most movies now is fairly thick in terms of what is really going on so it's unlikely that he is too far from the mark.

The next movie is part three of The Hobbit - There and Back Again. Apparently, Billy Connolly is playing the part of "warrior dwarf", Dain Ironfoot, again. It should be pure gold according to director Sir Peter Jackson who says "there could be no one more fitting". I don't want to dwell on the occult undertones of both the Hobbit and Lord of the Rings, personally I read the Hobbit at aged 7 or so and have read and enjoyed it a number of times since then. However, there are those who claim that it contains many hidden esoteric truths. Billy, CBE, met the the Queen just last year on 4/4 at the Baftas, the Queen receiving an award for her Olympic "Skyfall" role. On the same day, British Prime Minister, David Cameron, inspected the the nuclear submarine, HMS Victorious, in Scotland, whilst Prince William and Kate visited Glasgow and were treated to a military flypast as well as a game of table tennis. 4/4/13 was, squarely, an important day. 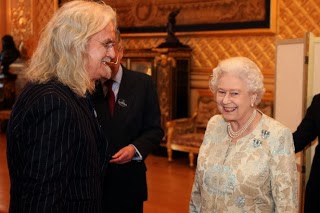 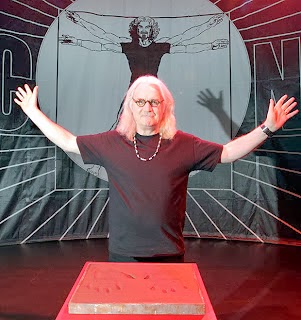 Next up is Inverness born ex Dr. Who star, Karen Gillan, who is to play a space pirate called Nebula in a film called Guardians of the Galaxy. Red headed Karen has apparently shaved off her hair for the role. One wonders if she still wears the red string round her wrist as she did last year when she went to a Glasgow Celtic game. It's the same sort as favoured by Madonna (and indeed many other celebrities, many of them allegedly "mind controlled"), who wears hers as some sort of Kabbalistic charm.  wiki - red string (Kabbalah) * 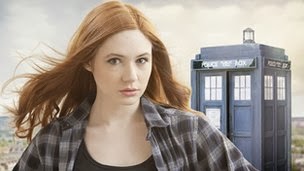 Certain etymologies propose that the word Scythians, from “Sacae”, in turn is derived from “Isaac Sons” or “Sons of Isaac.” Isaac, Abraham'’s son, had two sons, Jacob, the father of the nation of Israel, and Esau, the forefather of the Edomites. In the Bible, Esau was tricked out of his birthright, the leadership of Israel, by his brother Jacob. Esau was a red haired, or “red all over like a hairy garment”, and called Edom, which means red. Likewise, the Scythians, according to Herodotus, “have all deep blue eyes, and bright red hair.”

From Declaration of Arbroath (Scottish Independence) :

Most Holy Father and Lord, we know and from the chronicles and books of the ancients we find that among other famous nations our own, the Scots, has been graced with widespread renown. They journeyed from Greater Scythia by way of the Tyrrhenian Sea and the Pillars of Hercules, and dwelt for a long course of time in Spain among the most savage tribes, but nowhere could they be subdued by any race, however barbarous. Thence they came, twelve hundred years after the people of Israel crossed the Red Sea, to their home in the west where they still live today.

The last movie proffered up by the BBC is X Men: Days of Future Past, starring Glaswegian James McAvoy and a menagerie of mutants. Apparently X men have an extra gene which provides them with additional abilities.

Here at newspaceman, we are interested in the letter X, the Roman 10, especially given the forthcoming independence referendum in which voters will mark their slips with a X.  The following images might also explain why:


cheers
Posted by Newspaceman at 13:21

Straight off the saga of the good ship 'shocks-are-likely',featuring the antics of chris(tmas) turkey and side-kick fogwell, dragons are go
http://www.smh.com.au/technology/sci-tech/csiro-apologises-for-lack-of-research-on-dragons-20140108-30ggg.html
more (heh) here
http://wattsupwiththat.com/2014/01/09/australian-antarctic-division-head-tony-fleming-says-theyll-make-efforts-to-recover-the-cost-of-spiritofmawson-rescue/
other cute and cuddly dragons
http://www.dragonharaldhairfair.com/
(notice the li'l design on the far right)
or not
http://www.spectator.co.uk/features/8989111/sorry-the-vikings-really-were-that-bad/
my fave pic of dragons
http://www.dailymail.co.uk/news/article-2207232/Hague-launch-worldwide-network-commonwealth-embassies-tackle-superpower-EU.html
(tho I'm still trying to find the who, what and where on that painting)
but it was the 'Guardians' talking racoon that really put me in a spin
http://www.cufos.org/IUR_Spring99_addendum.html

" Want to smoke Pipeweed like a Hobbit? Go right ahead..."

Tobacco companies where there are many restrictions on promotion have to use other methods to get children smoking.
IN LOTR and HObbit it is the good Gandalf nd Hobbits that smoke, and Gandalf sure ain't showing any bad effects from having a puff.

The Marijuana legalisation , I think, is at the behest of the tobacco comapnies.

The main idea isn't just the smoking but getting round the parents and influencing the children 'subliminally'.

Tobacco comapnies might be said to be one of the major sources of income for the power strsuctures.

First story, girl from Queeensland called Sophie (wisdom). The first comment on it seems to be apt:

Anytime I see one of these letters from a kid (or a letter/post/tweet from x->y) i cant help but think it is a fake. Facebook and the willingness to Post/Like/Share without proper research has made me cynical and suspect that it is purposely contructed, ideally engineered, to go viral. Am I the only one that now thinks this way

The Hague picture is interesting.


The racoon story put me in a spin too, if we consider "shapeshifting" and the recent Kate Stone / stag story.

Moon, I think you are bang on. Even when I read the book, Gandalf's smoke rings got me exited and I asked my Grandad to do some for me. When I did some "research" for the post I came across s site which said that Gandalf in a trailer for one of the Hobbit blows 3 rings which form 666, but there was no image to support it.

Anyway, many thanks too.