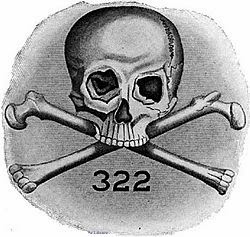 Imagine that everything you thought you knew was topsy-turvy.

For example, some people believe that the "elite" are involved in "satanic rituals".

Some people suggest that some of these rituals involve the abuse of children.

Some people contest that these rituals have a purpose, and that "black magic" is an extremely powerful force with an extremely long history.

Some people believe in reincarnation, the ancient Egyptians most certainly did.

Some people consider that the "elite" communicate with themselves via symbols and logos; not forgetting numbers.

Are these people wrong, have they got it turvy-topsy ?

Back in 2007 when the Queen visited America for the Kentucky Derby, George Bush made a faux pas, the President referring to one of her previous visits to the States being in 1776 rather than 1976. He later said:  "She (the Queen) gave me a look that only a mother could give a child". A couple of days prior to the regal visit, Madeleine McCann had vanished. (BBC)


The image at the very top is of the logo of the American Skull and Bones "secret society". George Bush is a member; a Bonesman. Allegedly, it is a very powerful organisation.

Up here in Edinburgh, a child went missing on Wednesday night. It's a fairly curious case, the three year old boy being put to bed by his mother then when she went to check on him in the morning he had vanished. Hundreds are out looking for him.

Rather than using the standard 999 emergency number the police have in this instance "activated the national Child Rescue Alert" system, only the second time it has been utilised since it's inception, the first case being April Jones, which I wrote about here. There is a dedicated telephone number for the CRA system, as imaged below. (BBC) 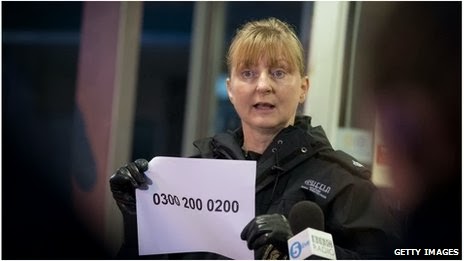 Some people do not class zero as a number.

The posting of stories, commentaries, reports, documents and links (embedded or otherwise) on this site does not in any way, shape or form, implied or otherwise, necessarily express or suggest endorsement or support of any of such posted material or parts therein.

Queens granddaughter - who married in Edinburgh - has baby
Posted by Newspaceman at 18:32