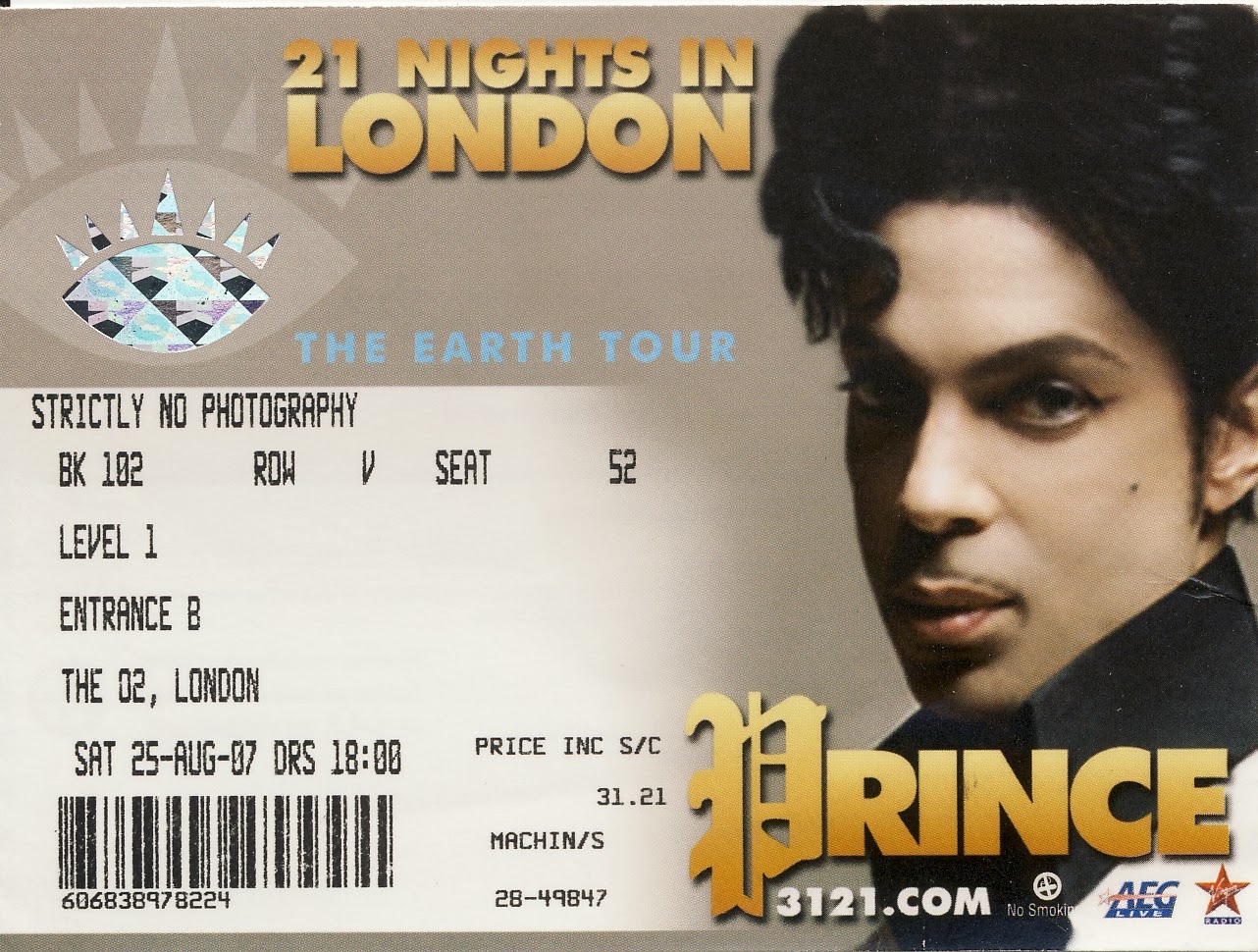 Hot on the heels of Saturday's Purple Reigns post, yesterday it was reported that mega-star Prince is to tour the United Kingdom this year, the headline from the mail on line : Is it time for another Purple Reign. Apparently, the magical  musician has hired a company called Purple PR to promote the forthcoming events.

Prince originally recorded his infamous track with backing band The Revolution, whilst there appears to be different rationales banded about for the meaning of the song. From New Musical Express we glean that " Fans have been trying to work out the meaning of "purple rain" for decades now. Some believe it’s about the end of the world, a theme Prince was interested in mid-80s. This quote from His Royal Badness suggests the apocalypse wasn’t far from his mind: When there’s blood in the sky - red and blue = purple.. purple rain pertains to the end of the world and being with the one you love and letting your faith/god"guide you through the purple rain".

Whilst from the same source, his bandmate, Lisa Coleman, believes that "the song symbolises a new beginning. Purple the sky at dawn; rain, the cleansing factor".

There's no word yet as to what the tour will be called, or where it will visit, the top image is from his last major UK tour, one can make out all seeing eye with protruding solar rays design.

cheers
Posted by Newspaceman at 14:51

Anyhow perhaps the most purple thing linked to Scotland would be the thistle.

Meanwhile, across the pond...

Cheers aferrismoon, the thistle, the Order of the Thistle, the Commonwealth games mascot this year ?
The plant does indeed carry a purple "crown" when in flower.

Anon, many thanks, Vallely is most interesting (and perhaps dangerous)

Vallely, yeah, one of the Pied Pipers of the 'bait and switch'.
The 'Kate Stone' incident sent me back re-reading some older stuff because of that '... weird combination of advanced technology and archaic rite and ritual...'
http://secretsun.blogspot.com.au/2010/09/final-events-interview-with-nick.html
But then Nick only gets a 5 out of 10 from me anyway as flip the coin and it's those same, ahem, 'Christians' heavily into that same combination.

Hiya Anon, many thanks for the link, most interesting article as are the comments.

Personally, I see the script not so much as Old Testament, more the Book of Revelation - in so far as the "elite" seem to be following as a script, as indeed are the "masses" as they are led into a world like that invisaged therein. One only needs to watch some TV, some music videos, and some glossy magazines to appreciate that.

I am interested in the "demon" angle and yes, the Kate Stone incident got me thinking as well along those sort of lines, but who really knows.

What I would say on that note is that the Kate Stone thing was not too far from Crowley's old abode at Boleskin, and Crowlety seemed to be of the opinion that that locality was indeed some sort of portal, or provided easier access to such from that proximity. I could also note the Glencoe "blood sacrifice" to William of Orange in that respect too.

Many thanks for the link although I should maybe point out I don't generally have too much time for Chris' philosophies; or maybe not, but it's done now.

Also, meant to say, this article re UFO's

re Hellyer - Gosh. Lol, the 'serendipity'! He sounds just like Byrd. And no, they're happy to 'share' their tech, selectively, but then, he does kinda contradict himself anyway.
I've actually not read much of Chris, (tho I suppose I'll have to now at least have a quick squiz, even tho just the name of his blog sets off my 'cointelpro blither' warning light) it was simply a handy link to a bit of info on the dominionist/theocracy background.
Yep, I agree with you re. Revelations and O.T., but I think the 'linkage' is and will be enforced a la the 'father - son' rationale.
And, I'd long looked at the Glencoe massacre as typical ruthless political expediency. Only on reading your 'blood sacrifice' take on it did I go Duh! Of course!

Hiya Anon, I just found Chris to be a bit of a tosser, many years ago.

Leopards and spots, however.