From Roslin to Rosslyn 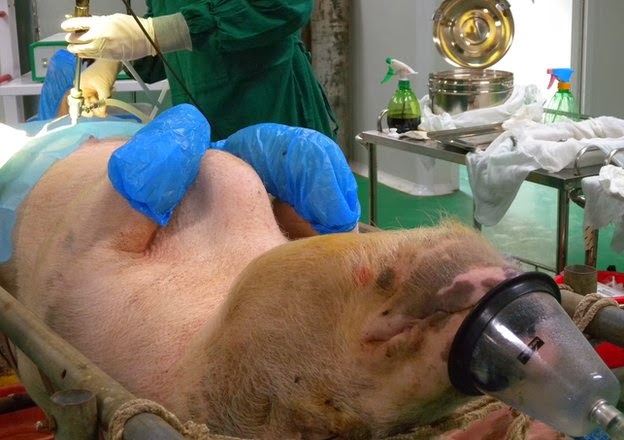 Rosslyn Chapel, close to Edinburgh, according to some holds deep esoteric secrets within it's architecture, symbols and decoration. It's wiki article, in respect of freemasonic connections, claims that "the earliest records of Freemasonic lodges date back only to the late 16th and early 17th centuries", utilising the history page from the United Grand Lodge of England as it's source.

Which is confusing, given that Lodge Mother Kilwinning, also in Scotland, claims it's origins back to the 12th century.

What we do know though, is Freemasonry was/is exported, globally.

Roslin Institute, close to Rosslyn Chapel, is an animal sciences research institute. It's where they created Dolly the Sheep, the first mammal to be cloned from an adult cell.

We know from this week's BBC that this has also been exported, the Chinese are now cloning pigs on an "industrial scale". Apparently they are sequencing genes twenty four seven, in an attempt to find tastier bacon : "If it tastes good you should sequence it," he tells me. "You should know what's in the genes of that species."

Some people might consider that what we do to animals, we later do to humans.

In the "sport" of pheasant shooting, the young chicks are penned in woodland in the formative months of their lives. Predators are actively discouraged by the gamekeepers, who check their flock at least twice daily, ensuring water and the best of corn is available. Close to November when the shooting season begins, the birds are released from the pens, but food is still provided in abundance, hence they tend to linger. Come "the shoot", a line of human beaters march through the scrubland, forcing the birds to fly over a line of waiting "hunters". Some pheasants appear to be smart though, and double back on the ground thus avoiding death or wounding. 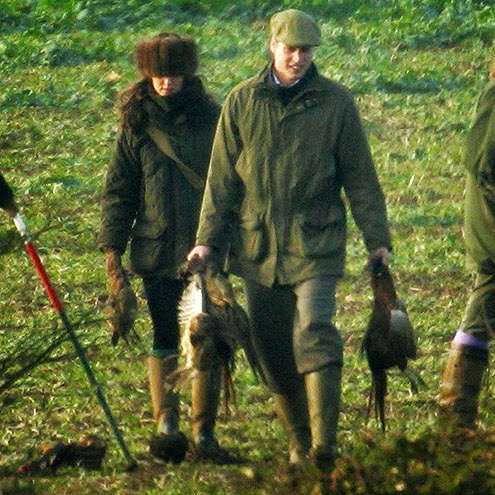 One wonders if the Chinese will move on to pheasant cloning one day, in an attempt to create the perfect sport-bird, one without a smart gene.

In our society, the bulk of our children are sent to school most days. Today's schools are highly secure with CCTV, large perimeter fences and "guards" on the gates. Scottish First Minister, Alex Salmond, recently told how all Scottish schoolchildren up to year 3 will receive free school dinners. At the age of 16 or so, schoolchildren are released into the working environment where they will spend the vast majority of their lives. Some schoolchildren though, don't adapt, it's maybe in their genes.

In today's Scotland on Sunday, Anne Houston, chief executive of the charity Children 1st, uses the Mikaeel Kular case, to call for members of the public to be ultra-vigilant in respect of children's welfare and, basically, to snoop on their neighbours :

In almost all of the high profile cases involving the death of a child in recent years, people within the community were concerned about that child’s well-being but either did not act, or felt they were not taken seriously when they did.

Which is curious, given that probably the most famous case is that of Baby P, in which the authorities already knew of the family. Some media reports today contest that the authorities had previously had dealings with the Kulars, the mother, Rosdeep, aged 33, now charged in connection with his death.

Note, some researchers claim that Roslin, or Rosslyn, refers to an alleged Rose Line (here),

Posted by Newspaceman at 14:10

Cheers Marie, that was my thought too, plus the MK, 33 angles.

One needs to watch what one writes though, given the new "hate crime" laws.

A Partick Thistle supporter, who has no "religious" axe to grind, was in court just last week for singing F the Pope & F the Queen. It's meant to be a dig at football supporters who involve religion.

I melted my brain on Friday, watching too much media coverage of the "search". Somehow I believed that much of the thing was staged. The word "on the streets" is that most knew the search was pointless. Another word on the streets concerns the race card - apparently it is a bit of an issue in the area.

Some suggest that gatherings of people have an unseen "energy" which can be manipulated.

Anyhow, cheers, good to hear from you.

I see we've been thinking along a similar line (pardon the pun).
All very 'deep'.
If you flip that 'card' you'll see others have been having 'problems' too
http://news.yahoo.com/indian-diplomat-servant-row-leaves-us-prosecutor-211239416.html
http://zeenews.india.com/news/world/skipping-summit-would-damage-commonwealth-uk-s-hague_889064.html
And did you notice the mention of Cambridge in that BBC article?
'Agricultural studies' indeed.

The Hebrew for 'lamb' and their first zodiac sign [ corresponding with Aries] is TLH , pronounced Toleh, which is close enough to Dolly [ for me].

The Footy seems to be the main arena for pushing through 'thought policing'. Really trivial things blown up out of all proportion, a sign here , a mis-word there , and then slam.

I find it almost bizarre that all those concerned community members didn't notice how Rosie's fate was being seeded in the media coverage from the getgo and that none of them have apparently read the likes of Gardner or Baigent et al or even Brown, or seen the movie, or just noticed all the damn clues littered so liberally around them. Sad, dreadful, sad.

Another connection with "lines" is that the mother is pictured is some of the newspapers with an alleged drug dealer, who was gunned down in Edinburgh not too long ago.

Cheers Moon, you saw my previous comment re the Partick Thistle supporter. As you note, the "footy" plays a huge part, especially with the fencing, herding etc.

Anon 7.55 - That actually most uncanny, a bit freaky - but it does tie in well. I note from the link the references to 22/7, we saw that date with Breivik and Norway, also with the Boston Bombers, it was one of their alleged dates of birth too.

I find it all bizarre too, the goings on last week, the two day search, mass media coverage etc. etc.

My memory suggests that the Rose-line has something to do with pink quartz, and that Steiner claimed that the substance holds "energy" (in respect of horticulture), but I will need to check it out properly.

Hiya ANON @7.55, I should maybe say I have never read the books you mention, nor seen the movie.

However, I am plodding through Baigent's The Elixir and the Stone, The tradition of magic and alchemy.

It's a great book, I got it at a jumble sale for 50p, chapters on mind control and music are really good.