"Here come the Men in Black, they won't let you remember" 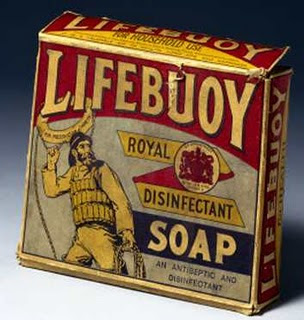 A major tabloid story up here is the resignation of top Scottish football referee and thus "man in black", Hugh Dallas, due to an alleged e mail which he sent, on 16/9, containing some sort of cartoon style road sign featuring the Pope and child abuse within the Catholic Church. 16th September being the date the Pope visited Holyrood and Scotland. 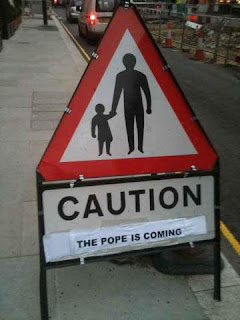 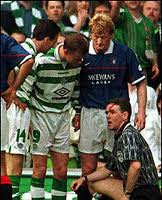 It should be noted that long before this incident, Dallas had courted controversy with some of his decisions, especially in the infamous Glasgow derby Celtic Rangers games. Celtic supporters considered him biased against their club, often chanting : "Who's the mason in the black", for example. Celtic supporters appear to be of the misconception that freemasonry is a Protestant members only organisation, which is nonsense. As long as one pays homage to a "great architect somewhere in the sky", then one technically qualifies for the craft. Unless of course one has mammaries, in which case it is another story. 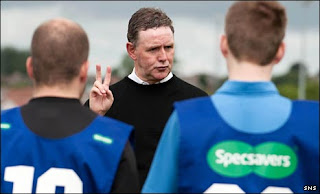 Thus, we see how Hugh can potentially interwind with previous posts this month and, given that, we can turn our attention to a more globally recognised Dallas : the soap. I have never watched it, but even then am aware of the "Who shot JR ?" story and indeed, more relevantly, the resurrection of Bobby Ewing, or Patrick Duffy, - who got his break as the webbed hand man in the remarkable Man from Atlantis. Yeah, Atlantis is being reincarnated and the shadowy, light loving,"freemasons" stoke the phoenix fire of their kindling. 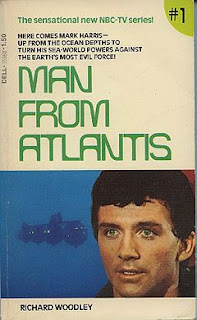 Another story which appears to be of relevance comes from the BBC today : Promoter CK events and Hopetoun House sign gigs deal. In it we read of CK events, who brought the likes of Rod Stewart to Inverness and Westlife to, Macbeth resonating, Cawdor Castle. That's CK, 3/11. One recalls a hazy July, back in 2007, when Stewart collected his CBE from HM the Queen, proudly attired in a skull and crossbone motif tie. .(here). Some say the Templars brought secrets with them in 1312 after the Pope put a bounty on their head, secrets which live on with the freemasons. The image below comes from Ecclesmachan cemetery, there are many others with similar artistry. Close at hand is aforementionedHopetoun House, an impressive building, to say the least. One surely appreciates how the aristocracy gained, and keep, their wealth. 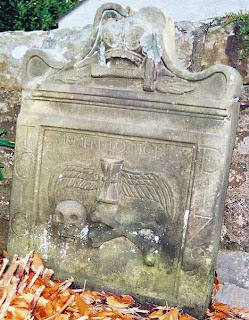 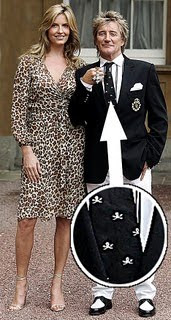 Then, from yesterday, from the BBC, we read of our royalty under the self explanatory headline,

Pirate-hunting warship receives praise from the Queen , this during her Gulf trip. A gulf being highly applicable, as are double standards.

To close, and understand the signals, we must return to the hated "men in black"; the referees. For here in Scotland, notwithstanding the Dallas incident, a strike took place yesterday, overseas refs being transported in to take control of matters. Work it out from that.

Posted by Newspaceman at 07:29

"As long as one pays homage to a "great architect somewhere in the sky", then one technically qualifies for the craft"

never heard this before

masonry (ma + son ism)is always characterized by worship of the feminine/androgynous (luciferianism, the goddess, equality, libertas, etc) under a thin cover of service to god

the outward forms of a paternal "church" are often employed to pretend "male dominance" when in fact the opposite obtains, almost exclusively

This is the best one, let me know Ray, cheers brian

This is the best one, let me know Ray, cheers brian


hi brian thanks i looked at this site

much of it is "under construction" so rather difficult to evaluate -- nothing wrong with what she's composed, except that she doesnt go nearly far/deep enough -- she should read/study more and ask for understanding before writing again

also, the NWO is the new woman order as much as new world order, and her site lacks even a mention of the core alliance of the beast/woman global complex: far beyond the impact of any overt church or political system, it is feminism (female dominance/idolatry) which rules the de facto social, economic, legislative, and (pseudo)religious lives of the western world

as ive reported, africa is pretty much conquered also, from an ideological/aid standpoint, and the far east (mumbai etc) are quickly being insourced (feminized) ... the east doesnt require fully implemented totalitarian western feminism to toe the NWO mark --- its always been polytheistic and heavily magna mater

much anti-NWO writing, while laudable, avoids discussion of the subjugation of the planet (and certainly the followers of christ) to feminism, ie the male-headed matriarchies under which you and i live

the cloud is forming, however, and elsewhere on the web one can find folks who have not been deceived by the matrix, or are emerging from its heavy conditioning and inducements -- most of these are christins no longer aligned with a church or denomination, and their writing over the past decade on the NWO and these latter days is increasingly detailed and perceptive, wise as serpents yet serpents not

right, this is what i was trying to get at re this Great Architect business


i see this conflation often 'mongst the synchro missed its and other aquarian gollywogs, as well as in masonic iconography --

they give us christ and sophia (the goddess or shekina) on one side, warring against the devil/yahweh/great architect on the other side

Thanks Ray, appreciated. I will choose my words more carefully in future and keep thinking.


hope i didnt come across as personally critical, certainly not my intent -- these are complex and v old issues and (presently) nobody has the Whole Enchilada

No, you didnt Ray.