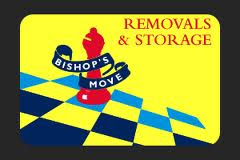 Here's another move in the game plan for our future; well possibly. Today's Will offering from the ever understanding BBC, Royal Wedding: Bishop apologies for Facebook rant, explains how Church of England Bishop, Pete Broadbent, has "apologised for deeply offensive comments on Facebook about William and Kate.

It appears that our friend the Bishop stated, and think about this:

"We need a party in Calais for all good republicans who can't stand the nauseating tosh that surrounds this event," he wrote of the wedding day.

Marriages should be about family, not "some piece of national flim-flam paid for out of our taxes, for a couple whose lives are going to be persecuted and spoilt by an ignorant media", he had said.
After criticising royalty for a history of broken marriages and a "corrupt and sexist" hereditary principle, he then went on to attack the "gutter press" for "persecuting" the Royal Family.

Now, realistically, despite the apologies, surely this slur is directed at the tabloid media - the ones that killed Di - and not the rising angel.

Thus, you see the future.

ps. as a matter of note, Broadbent's "manor" is Willesden, obviously nothing to do with Wills, lion-kings, farmer/shepherds and suchlike. I had a quick look on wiki, it is apparently famous for a Black Madonna statue being violated by a group called the lollers, or something similar. Wiki has "gone down" -caved in - as I write.

cheers
Posted by Newspaceman at 20:28

Marriages should be about family, not "some piece of national flim-flam paid for out of our taxes"

marriages are faith offerings before god, supposedly a bishop might get that, guess it wasnt in bishop school

hm well the romany "violate" theirs too.... and black virgin connection speaks volumes about bishop Bent Pete Broadly and the newglobal church of england, as does


huh? doesnt a queen run the show there?

It falls on the feast day of St. Endelienta , who , legend says, was the god-daughter of King Arthur.

Anyhow she converted the North Cornish [ which possibly links to the incident at Eden , Cornwall , a few posts back] and spent time as a hermit living off cow's milk.

The bishop, future king, the queen - its beginning to get a bit Alice in Wonderlandish.

Date of the end of the 1916 Irish Easter Uprising too aferrismoon. Topical given recent events.

Ray, re the Queen and the CoE, she spoke to their general synod today:

Ray, re the Queen and the CoE, she spoke to their general synod today

yeah w aplombic royal subtlety she snuck in that there "diversity" word not exactly unreadable code....

the CoE is going down for the count (but hey i'm calm, lookit me! calm!) some of their clergy fleeing womanbishops to catholicism

but rome has its own problems accommodating goddesses

still wondering what Broadbent's "corrupt and sexist" hereditary principle refers to, unless its a backhanded apologia for CoE babebishops?