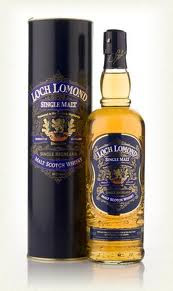 We meet again, banked up on the esoterically ominous.

From the media we read of what is reported to be a major "terrorist" incident in Scotland: dozens of police including "anti-terrorism officers" and "bomb disposal units" have self-herded onto ultra-rural Garadhban Forest (colloquially Ross Priory Wood) , near Gartocharn, to the south east of Loch Lomond. Apparently there was an explosion, around about mid-day.

I had a wee sniff round Ross Priory via wiki (linked), which stated that an 11 century affiliation with the Buchanan (see Black and White whisky) clan preceded architectural evidence of settlement since 1693. Later, it was seemingly owned by Teacher's Whisky. The reader can have a nose for themself although, perhaps most relevantly, Rob Roy was written in the Priory by Sir Walter Scott.

In the interim, from the BBC: Anti-terror police probe explosion near Loch Lomond, the local hotel manager's name, rather than his anonymous establishment employer, is somewhat illuminating:

"I got a phone call last night from CID asking if I could meet them here as a matter of urgency and that they wanted to access our CCTV system.

He added: "I was here for four hours with two CID officers and the CCTV officers that work with Strathclyde Police."
His title ?
Stuart King. 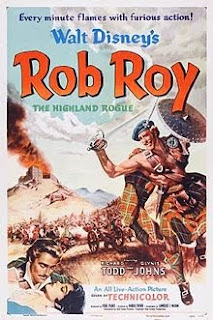 cheers
wiki - House of Stuart.
Posted by Newspaceman at 20:47

Wasnt William glowing? The word on the street is that Hekate is an unsuitable gal for our golden boy..

Cheers Z. Will have to wait and see. I suppose the eclipse logic sort of ties in, given that most men are not that interested in weddings, whilst a lot of women are. Obviously "all" eyes will be on Kate (moon) obscuring Wills (Sun). Maybe.

With further regard to Gartocharn, it appears that Sir Walter Scott wrote most of the novel, Rob Roy 9Jacobite/House of Stuart), from Ross Priory.

We can only wait and see what is going on, if anything much.

Our family is included in Clan Buchanan.

Based on the fantastical Scotland = NZ , there's been a big mine explosion there , judging by the vid it looks a forested area.

The new miners incident (lets not forget the 33 in Chile & the 33 beached whales in Donegal) at Pike mine. The Scottish (some say UK) record pike (a hungry predator) was caught at Loch Lomond by a Tommy Morgan in 1945. Others though say the UK record is the Lewis pike, caught in Wales at Llandegfedd in 1992.

There is another Tommy Morgan, well Thomas Morgan, of Llantarnam, who was a spy for Stuart Queen, Mary Queen of Scots.
http://en.wikipedia.org/wiki/Thomas_Morgan_(of_Llantarnam)

The distance between Llantarnam and Llandegfedd is only 5 or six miles by road - unfortunatly there is no crow-style route finder on line.

Anyways, maybe I am just fishing.
Have missed out the Walter Scott - Heart of Midlothian, football, Royal Mile stuff at the moment, will see how the "terror threat" progresses. I find it incredible that terrorists would travel to Loch Lomond - hardly known for it's Muslim population - and then blow up some trees close to a University building.

afferismoon, Kate comes from a long line of coal miners.

Hecate is the doorkeeper to the two worlds, a liminal Goddess..

Z, have got the thrust now, thanks v much for the mining info, Hekate as also in He Kate. It took me a while.

Wanted to briefly mention here a conclusion that I've been coming to regarding my study of blood type, and their significance ~ especially rh-.

Those with rh- blood will typically be more drawn to this type of medium, than the rh+ sheeple, and they are usually of a higher IQ. What you rh-'s should think about though ~ is that the 'powers that be' are most likely also of that species. And your common rh- person, is little more than cattle to them.

Rh+ blood is like poison for an rh- individual. They will produce 'anti bodies' when exposed to it. This subject may have a lot of basis in the 'myth' of vampirism ~ a medical term for which might be known as porphyria.

Anyway ~ IF I was rh-, which I'm not ~ I would be particularly wary of sharing that information with anyone ~ certainly would not want to be on any sort of rh- registry.

Just a word of warning guys.

Recently watched 'Beneath Hill 60' which is about the mines dug by troops in WWI in which were placed massive bombs/mines.

One was the largest manmade mine in history , its force was felt in London.

Anyhow 'mine' [ bomb] is from 'mine' - digging underground , from the practice of digging beneath the enemy lines.

We may imagine that 'terrorism' is a mine dug into peoples minds to confuse them and , as it were, lose their territory.

If that explosion is near a Uni, could be a student prank.

While looking into Llantarnam I found that the last Welsh martyr Sant David Lewis was arrested there before his execution.

So Kate's a miner, by her unsuitableness , perhaps a gold-digger. She's already dug up a nice stone [ Diana's ring]

I thought the NZ mine was 'fishing' a bit, and so it was.

This is just funny

Hiya, re the blood. In respect of vampirism and the elite, have you read Da Vere:

Notwithstanding, whilst I appreciate your concern, what are you warning me of. I smoke and mostly eat pies and black pudding; thus there is no doubt in my mind that my blood is not that great for drinking. My boy's would be better, he gets the best of food. (Like a reverse Billy Goat Gruff/Troll)

Moon, I am heading for France. Weed is now, seemingly, £ 10 - 12.50 per gram. My mate bought 8 grams yesterday for £110. That French duck farmer you linked had five click in a bag. That's 5000 grams at £12.50 per gram = £plenty.
And these characters feed it to the poultry. On the same tip, a character down south got caught with loads of different stuff. He had already done a three for e's. When he got out, his dad had won the lottery and gave him a million.

Anyway, he said in court that he was a collector - comic books, hot sauces, all sorts of stuff. Thus he collected drugs:

Moon just reread you r comment : "While looking into Llantarnam I found that the last Welsh martyr Sant David Lewis was arrested there before his execution."

Aye, and the Lewis pike is named after it's catcher, Roy Lewis.

We have touched on the "lewis stone" and freemasonry here before, it is a small stone used to position a larger one. Remember the athlete Lewis at No10 Downing Street - in the Baphomet style -with the Olympic torch. And that other Lewis lady at the Olympic handover, the one who won x factor ? And linda norgrove.

Did you note this, and the date:

"With the increased persecution brought about by the Popish Plot, Fr Lewis, not wishing to put the Morgans in danger, moved out of Llantarnam Abbey and into a cottage opposite. This cottage was next to the Blacksmith's Shop and it was here, on 17th November 1678, that the priest was arrested. It was early on a Sunday morning and Fr Lewis was about to celebrate Holy Mass when the arresting party, including armed dragoons, arrived. On 17th November 2007, a plaque was unveiled at the site of the arrest, now a private home."

Noticed the date as its a state holiday here , the Velvet Revolution occured on the 17th.

The Lewis links I remember.

At present Diana-Kate's ring seems to be a candidate.