Afghanistan was first up on the News at 10 last night as "allied troops" took the Taliban stronghold of Musa Qala after 4 days of heavy fighting. We heard more about the operation, including images of heavy machine gun fire and van loads of bearded terrorists, all brandishing assault rifles. It seems that the enemy have simple melted back into the mountains which seemed a sensible decision given the relentless bombing which has taken place - "the human cost will be high". Gordon Brown has visited close by, to meet some other soldiers, so we saw him grinning and MBWA. (Managing by Walking About). You can see the video link of the report here

Ann Darwin, the missing feared dead canoeist's wife, has been charged by police with two counts of deception. We heard from Detective Super. Tony Hutchison, who showed us a picture of a scruffy bearded gentleman - Mr Darwin or "John Jones" as he called himself during his period of forced exile - does anyone remember seeing him in the last five years ? You can see the top policeman's statement of what exactly has happened so far here . It is worth watching for amusement purposes - a sad reflection on the times we live in - when the police pander to the media - or just to see how much he looks like Kojac. 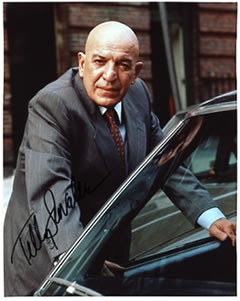 The Bakers followed, Lee and Rachel, a cook and a nurse who ran a care home in Somerset and are suspected of somehow contributing to the deaths of five of their elderly residents/customers. We saw images of the couple along with others of a police operation in a graveyard, exhuming bodies for analysis.

Media mogul Conrad Black, has been found guilty of defrauding his shareholders and sentenced to six and half years in jail. We saw him "maintaining his innocence", speaking in front of a bookcase - a common technique employed on television, the good, clever guys are often seen with this backdrop - before hearing of his "colossal hubris", a "Master of the Universe" and his plans to return to Canada to serve his time. To close we zoomed into his eyes, I am not sure why, I only have a portable television. I am assuming they have some qualities, whether good or bad, I am unsure. You can tell a lot by a person's eyes though and, more importantly perhaps, you cannot cover them with facial hair.

Coming up - the "Special One" rules himself out England job

First though,we went to the "uppermost branches" of a tree in Borneo for a special global warming report from David Shukman BBC science correspondent. Dawn was just breaking, when the forest awakes and draws a "big lungful of CO2", so we abseiled up a tree, admiring red leaf monkeys and avoiding leeches on the way. At the top we looked over the tree top canopy and discussed the climate change problem. It appears that the solution could be for "the developed world to pay (the natives) to keep the forest standing", the problem is "finding the right price". Any resemblance to the location of I'm a Celebrity get me out of Here!, or indeed the timing of this feature in relation to the popular series, is of course coincidental. Does everything in the world have a human financial value ? Watch this drivel at your own risk.

Russia next to hear of Putin's pocket protege, Mr. Medvesdev, just like President P. but seemingly friendlier. We saw some images of him smiling to illustrate this concept.

As promised, Jose Mourinho, the "special one" and sacked Chelsea manager, has advised that he does not want the England football job. We saw a long feature on who it might be - nothing much was really said. Lets see, why don't we highlight the football, and slip some mind conditioning celebrity forest linked global warming nonsense in, just before it comes on. Hypnotism.

To close, the Led Zeppelin concert, we saw them on the stage playing Black Dog and heard of a 20,000 strong "surge" of people to see the return of this "influential and significant" group. 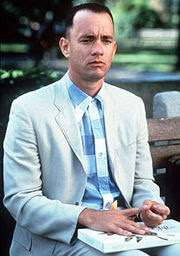 And it makes you wonder

Posted by Newspaceman at 06:46

If everything in the world were really with a price tag in money attached to it.. why on earth are there so many other creatures, animals ect who have been here long before humanity?

Heck if people want to go on about some kind of price tag, how about the price tag of not having Anything left...a planet to live on???

I just saw a newstory on AlJezzah and it was about the human cost of the Yangse damn project.. (which is basicly a way to create cheap electricty to meet the needs of China's global expantion, but at the risk of the environment, animals ect as well as 4 million people having to be relocated.. and history about to go under the water..)

The human price is all people think of..but, the cost of endangered species as well as the destruction of history part of this cost. With the consumption of petrol going up because China is now becoming more like America..

What is going to happen when everyone in China who can, trades their bicycle in for a car and starts eating beef like as if it was the only food which ever existed as fit for human consumption?
Even far less trees, I assure you.

Oh and never mind about the human suffering they have created via their relocations and strictly enforced one child laws and the sale of infants, packed in suit cases to other countries..

..the news pretends to think, but doesn't protest the insanity of the reality they report.